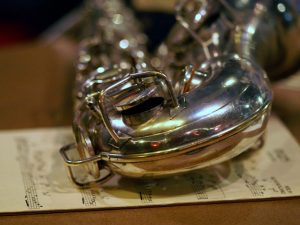 Music is what penetrates most deeply into the recesses of the soul, according to Plato. 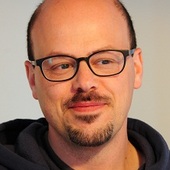 Music is what penetrates most deeply into the recesses of the soul, according to Plato. Language has been held by thinkers from Locke to Leibniz and Mill to Chomsky as a mirror or a window to the mind. As American psychologist Aniruddh Pattel  writes: “Language and music define us as humans”.

The two are facets of a single cognitive system. Under the brain’s hood there is a simple computational operation, taking basic elements like words or simple sounds, combining them in a step-by-step manner and producing a larger structured object such as a flowing sentence or a melodious musical phrase.

This is all just in the mind, but needs to happen before language is “externalised” as speech or writing and music is expressed through performance or by the simple act of tapping your foot to a rhythm.

But there are further questions to ask about the relationship between music and language, such as whether musical education and expertise influence our way with language or if it makes us better learners of a second or third language. On the other side, it would be great to know if fluency in more than one language makes it easier for us to learn an instrument. And if people who are bilingual, trilingual or quadrilingual listen to music in a different way.

Several studies have shown that both bilingualism and musical training and practice appear to protect people against the onset of dementia and other cognitive decline in later life. As Canadian psychologists Ellen Bialystok and Anne-Marie DePape pointed out in a 2009 article, the mechanisms responsible for these effects are rather poorly understood, more so in music than in language. But they do point at some interesting possibilities.

Several of the studies reviewed in a 2011 paper by Finnish music and education researcher Riia Milovanov and her colleagues, showed that mastery of more than one language as well as mastery of music involves higher levels of executive control. These are the mechanisms responsible for overall management of cognitive resources and processes – including attention shifts, working memory, reasoning, and switching between tasks. 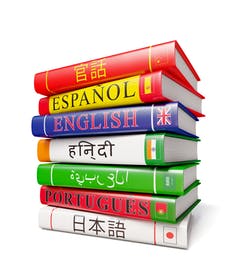 Less daunting if you play piano? Foreign languages via f9photos/Shutterstock

Other studies reviewed in the same article showed that musical training correlates with better language-learning skills. Learners with a musical background were found to be better at pronouncing the sounds of a second language and at perceiving the relevant contrasts between sounds in that new language.

Research has mostly concentrated on the benefits of musical knowledge for pronunciation and the perception of linguistic sounds. In a series of studies, Milovanov and her colleagues found that in Finnish-speaking children and adults, musical aptitude correlates significantly with better pronunciation skills in English. This may be because neural resources and pathways are partly shared between language and music and that people with higher musical ability and training use the right hemisphere of their brain (traditionally music’s domain) more for processing of linguistic sounds.

There is some evidence showing lateralisation of speech and music – meaning that music and language are processed in different brain hemispheres, with the left one for language and the right one for music. But conversely, American psychologist Diana Deutsch has shown there is a significant connection between speaking Mandarin, Vietnamese or any other tone language and possessing perfect or absolute pitch. This points again to a close connection between music and speech.

Rhythm and the brain

But speech is only one way that language is expressed. In a more recent study, American researcher Reyna Gordon and her collaborators found that children’s perception of rhythm also has a significant influence on their use of different morphological and syntactic features, such as the use of verbs in the past tense.

Earlier studies have compared brain responses to sentences ending with “incongruous” words, such as a singular noun where a plural one would have been expected: “John played with all three child”, and musical sequences with incongruous chords. Researchers found that the brain responses showed significant interactions, strongly suggesting that linguistic and musical syntax overlap in the brain.

There is mounting evidence that linguistic and musical processing engages similar cognitive resources. Coupled with the formal similarities, there seems to be strong evidence that a significant part of what is called Universal Grammar (the initial state of the innate language faculty), also underlies the music faculty. The strongest and boldest hypothesis is that, apart from their basic building blocks, language and music are in fact identical.

Given what is known about brain plasticity and changes in synaptic and neural pathways as a response to practising something throughout a person’s lifetime, it’s not surprising that the greater use of language will show up in musical ability and vice versa.