Why are some people prone to hallucinations? According to new research from the University of Cambridge and Cardiff University, hallucinations may come from our attempts to make sense of the ambiguous and complex world around us. 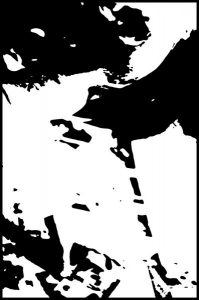 A bewildering and often very frightening experience in some mental illnesses is psychosis – a loss of contact with external reality. This often results in a difficulty in making sense of the world, which can appear threatening, intrusive and confusing. Psychosis is sometimes accompanied by drastic changes in perception, to the extent that people may see, feel, smell and taste things that are not actually there – so-called hallucinations. These hallucinations may be accompanied by beliefs that others find irrational and impossible to comprehend.

In research published today in the journal Proceedings of National Academy of Sciences (PNAS), a team of researchers based at Cardiff University and the University of Cambridge explore the idea that hallucinations arise due to an enhancement of our normal tendency to interpret the world around us by making use of prior knowledge and predictions.

In order to make sense of and interact with our physical and social environment, we need appropriate information about the world around us, for example the size or location of a nearby object. However, we have no direct access to this information and are forced to interpret potentially ambiguous and incomplete information from our senses. This challenge is overcome in the brain – for example in our visual system – by combining ambiguous sensory information with our prior knowledge of the environment to generate a robust and unambiguous representation of the world around us. For example, when we enter our living room, we may have little difficulty discerning a fast-moving black shape as the cat, even though the visual input was little more than a blur that rapidly disappeared behind the sofa: the actual sensory input was minimal and our prior knowledge did all the creative work.

“Vision is a constructive process – in other words, our brain makes up the world that we ‘see’,” explains first author Dr Christoph Teufel from the School of Psychology at Cardiff University. “It fills in the blanks, ignoring the things that don’t quite fit, and presents to us an image of the world that has been edited and made to fit with what we expect.”

“Having a predictive brain is very useful – it makes us efficient and adept at creating a coherent picture of an ambiguous and complex world,” adds senior author Professor Paul Fletcher from the Department of Psychiatry at the University of Cambridge. “But it also means that we are not very far away from perceiving things that aren’t actually there, which is the definition of a hallucination.

“In fact, in recent years we’ve come to realise that such altered perceptual experiences are by no means restricted to people with mental illness. They are relatively common, in a milder form, across the entire population. Many of us will have heard or seen things that aren’t there.”

In order to address the question of whether such predictive processes contribute to the emergence of psychosis, the researchers worked with 18 individuals who had been referred to a mental health service run by the NHS Cambridgeshire and Peterborough Foundation Trust, and led by Dr Jesus Perez, one of the co-authors on the study, and who suffered from very early signs of psychosis. They examined how these individuals, as well as a group of 16 healthy volunteers, were able to use predictions in order to make sense of ambiguous, incomplete black and white images, similar to the one shown above.

The volunteers were asked to look at a series of these black and white images, some of which contained a person, and then to say for a given image whether or not it contained a person. Because of the ambiguous nature of the images, the task was very difficult at first. Participants were then shown a series of full colour original images, including those from which the black and white images had been derived: this information could be used to improve the brain’s ability to make sense of the ambiguous image. The researchers reasoned that, since hallucinations may come from a greater tendency to superimpose one’s predictions on the world, people who were prone to hallucinations would be better at using this information because, in this task, such a strategy would be an advantage.

The researchers found a larger performance improvement in people with very early signs of psychosis in comparison to the healthy control group. This suggested that people from the clinical group were indeed relying more strongly on the information that they had been given to make sense of the ambiguous pictures.

When the researchers presented the same task to a larger group of 40 healthy people, they found a continuum in task performance that correlated with the participants’ scores on tests of psychosis-proneness. In other words, the shift in information processing that favours prior knowledge over sensory input during perception can be detected even before the onset of early psychotic symptoms. 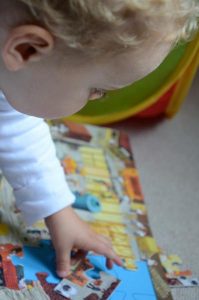 The study was carried out in collaboration with Dr Veronika Dobler and Professor Ian Goodyer from the Department of Child and Adolescent Psychiatry at the University of Cambridge. The research was funded by the Wellcome Trust and the Bernard Wolfe Health Neuroscience Fund. It was carried out within the Cambridge and Peterborough NHS Foundation Trust. Additional support for the Behavioural and Clinical Neuroscience Institute at the University of Cambridge came from the Wellcome Trust and the Medical Research Council.