Reading fiction can make you happier, nicer towards others and better focused in your activities. Pixabay/Pexels

To counter the unbalanced effects of the digital age, reading literature is the key. 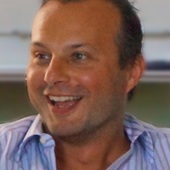 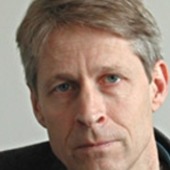 There is a fair chance that someone in your close circle of friends and family will be using a smartphone, e-reader or tablet computer to read the latest bestseller over the holidays this year. Since the 2007 and the introduction of Kindle in 2010, such devices have changed the way that people engage with books. Most newspapers, including the 166-year-old New York Times have completed their digital transition, and some are now exclusively online. In academia, journal articles are increasingly published first in digital form, and sometimes exclusively so. But when it comes to books, the paper form has shown unexpected resilience.

The digital or screen revolution we are living today is on the same scale as two other major events that radically changed humanity: the invention of writing 6,000 years ago in the form of clay inscriptions in Mesopotamia and Gutenberg’s invention of printing with moveable type in the 15th century.

These ground-breaking inventions were regarded with suspicion by many contemporaries. Plato considered writing a threat to human memory, and monks agonised over the demise of their way of life. In 1492, for example, the abbot Johannes Trithemius wrote De laude scriptorum manualium, which he had printed in 1494 for better effect. In both cases the contemporary sceptics were right. 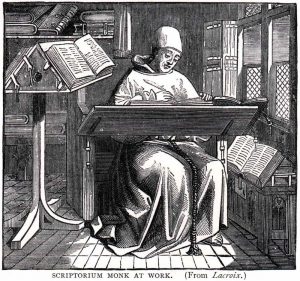 Human powers of memory are nowhere near what they were before the advent of writing, and printing spelled the end of the monastic scriptorium.

Not surprisingly, the screen revolution, too, has its detractors, and once again, their criticisms frequently have their basis in truth. In the E-READ research network, to which we belong, we are trying to understand the function of reading in the digital age especially at a time where research points out the negative impact of screens.

Smartphone usage among teenagers has been compared to drug addiction. Worldwide surveys show that a whole generation has been growing up constantly online, checking the smartphone up to 75 times a day. These so-called “digital natives” are, according to a recent Italian study, less autonomous and less happy than their predecessors. They face new social anxieties like “FOMO” (fear of missing out) and “vamping” (late-night texting).

The device as a medium is not to blame, but its online nature encourages a 24/7 connectivity, inducing greater distraction and more fragmented reading habits. The prime victim here is deep or immersive reading, whether in literature or all sorts of narrative and argumentative texts, included academic ones.

Is it possible for us to counter these unwelcome side effects of the digital revolution? The good news is yes. Part of the solution lies in changing our habits by reading fiction and enjoying solitude.

Thuy-vy Nguyen, along with his colleagues from Rochester University found that solitude can lead to relaxation and stress reduction. The researchers define solitude as “as being alone for a period of time with no access to devices, personal interactions, external stimuli, or activities.” In all four studies, the solitude lasted 15 minutes and the subjects were instructed to sit alone and not engage in any activities or to carry out an activity alone as to think either positive or neutral thoughts.

In one part of the experiment, subjects were provided with a short recreational reading, titled “Glamorous Crossing: How Pan-Am Airways Dominated International Travel in the 1930s”. The results were similar to that of the other activities carried out in solitude: people were more relaxed and calm.

Reading carried out in “fertile solitude” fosters readers’ resilience and greater impermeability to social pressures and expectations, such as those encountered especially on social media. It may of course also incite people to do their reading on paper, simply because they find that more relaxing than using an online device. But if reading is good for you, reading fiction is even better.

Find the good in you

Scholars have indeed recently provided empirical evidence for claims that literary reading positively affects social cognition social skills and empathy. Psychologist Raymond Mar and his colleagues found that the more fiction people read – and it can be of any kind – the better they scored on tests that measure a form of empathy.

In another experiment, professor of psychology Dan Johnson found that participants who read an excerpt from a novel about the plight of an Arab-Muslim woman showed a significant increase in empathy for Arab-Muslims and in their intrinsic motivation to reduce prejudice.

Literary readers could actually counterbalance the unhealthy trend of hatred and indifference which is rife on the Internet. In experiments related to an ongoing project at the Institute for Advanced Study in Paris, we could show that literary readers feel compassion for morally positive characters but not for morally bad ones. At the Max-Planck-Institute for Empirical Aesthetics in Frankfurt, we ran an experiment manipulating a literary text.

In one version, the protagonist is a doctor volunteering in Africa, in the other he is a Nazi who fled to South Africa. In the two versions we changed only four sentences concerning the moral nature of the protagonist and preserved the rest of the text almost entirely in form and content. 120 German subjects read either the text with the morally positive protagonist or the one with morally negative protagonist and afterwards rated the aesthetic and moral value of the text and answered several empathy/sympathy-related questions. While the results have not yet been published, they clearly show that the sympathy measures were affected by the moral nature of the protagonist.

Thus, literature can be considered a moral laboratory which enhances our prosocial traits.

Now how do we get young people – our so-called digital natives – to read without being constantly distracted by their various social networks and other communication tools ? Here are a few more tips. 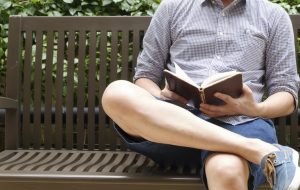 Reading a good story without any distraction: do we really need anything else? Porapak Apichodilok/Pexels, CC BY

Teach people how to (really) read

To ensure that literature regains (or gains) a central place in people’s reading aspirations, the didactics of literature in the digital age must be drastically overhauled. While text and author-oriented approaches are still dominant in European schools, new studies show the need to implement “experiential approaches” where the focus should be on the addressee of the text – for example, students. Research suggests that listening to student preferences (instead of imposing texts) and helping them choose the right book to fit a particular moment in their lives instigates much greater engagement.

That way we can make literary fiction mean a great deal more to adolescent readers and enhance what they can gain from it for their social lives and for their personal development.

Incidentally, it may be that paper itself is an invaluable ally here. Research has been shown that its material properties suit our memory better. Psychologist Rakefet Ackermann, also a member of the E-READ network, explained that despite immense technological advances, learners still prefer studying text from hardcopy pages rather than computer screens. She revealed that while learning performance on digital devices is not worse than on paper, surprisingly, it’s our metacognitive capacity fails us. When reading an article on screen a person is less prepared to evaluate how much she has understood or – in case of studying also – memorized.

What our own experiments on the appeal of paper books showed is that readers of works on paper engage more deeply while those who use digital devices tend to read more shallowly.

So do we want to really sharply contrast digital and paper reading, and do we oppose reading from screens? No. We need to adapt our tools to our needs and to develop them in order deliberately to make reading a profound component of our social and cultural habits. The more we understand about digital reading the more we can salvage from the precious past we inherited.