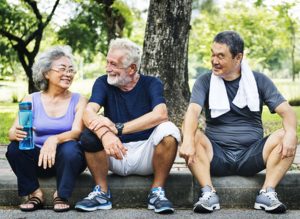 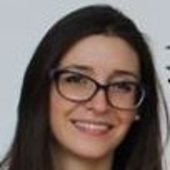 “Rampant” and “elderly” are words rarely used in the same sentence, unless we are talking of the percentage of people over 65 years old worldwide. Life expectancy has considerably increased, but it is still unknown how many of those years are going to be lived in good health.

As a researcher of blood cancers and aging, I inevitably think about how in the next few decades a very large part of the population will deal with cancer treatments. Are we doing the best to manage the side effects, or even to manage aging itself? Could we accumulate just wisdom, instead of aches and pain?

Rejuvenation strategies once sounded like science fiction, but they are becoming more and more promising. New research from my institute, Weill Cornell Medical College, suggests that transplantation of young blood vessel cells rejuvenates aged stem cells in mice, boosting older blood system function. It also shows signs that it could aid in recovery of the side effects of cancer therapy for humans.

What happens to our blood system as we age?

Of the over 7 billion people on Earth, more than 600 million are age 65 and older. This group, for the first time in human history, is expected by 2020 to be larger than the number of children below age 5. Aging is a risk factor for many conditions, such as blood cancer, so we can foresee that aging countries should prepare to deal with the consequences in health care.

The blood system, also called the hematopoietic system, is responsible for producing blood cells throughout a person’s life. We know that, with age, its function declines.

All blood cells derive from a hierarchical system, with common ancestor cells, called hematopoietic stem cells, at its apex. Over the course of a person’s life, these cells will continuously supply all types of blood cells that we need, including different types of immune cells.

As we age, blood stem cells become less able to perform at the best of their capability. This results in a decreased ability to fight infections and increased incidence of blood cancer in the over-65 population.

Older patients are also frequently not good candidates for bone marrow transplant, the cure for many blood disorders. This is because of a higher degree of complications after transplant, which is also limited by having enough numbers of stem cells to reconstitute the hematopoietic system in an adult. Therefore, strategies to support blood stem cell recovery are needed to expand the pool of possible bone marrow transplant recipients.

Blood vessel cells and how they work 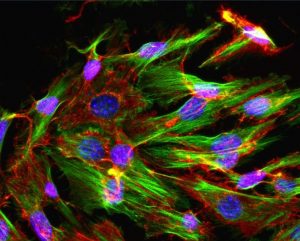 Blood vessel cells, or endothelial cells, are a particular cell type that lines the inside of blood vessels. They contribute to form arteries, veins and capillaries. For a long time, endothelial cells have been perceived as a passive conduit for blood.

However, in recent years, scientists have seen a new role for these cells. They discovered that blood vessel cells actively sustain nearby stem cells and guide organ regeneration.

So, instead of a pipe system, we can think of blood vessel cells more like active supporters lined up along a cyclist’s race. This dynamic role has been found to be true for many organs, including the one responsible for making new blood cells, the bone marrow.

In the marrow, blood stem cells are found in close contact with blood vessels cells, which provide many types of substances, such as KIT ligand that stem cells need to keep performing at their best.

As we get older, endothelial cell supportive function declines, and they become dysfunctional. They can still perform the basic function of architectural support for blood flow, but they are less able to support nearby stem cells.

The young blood stem cells bias showed a tendency toward producing more of one type of immune cells, myeloid cells, which is a hallmark of aging.

In a complementary experiment in the study, the youngster cells rejuvenated the old ones. The team found out that the rejuvenated old cells were able to create a healthy blood system when transplanted back into mice.

The group then gave mice a strong dose of whole body radiation, similar to what patients undergo prior to bone marrow transplant. Then, they infused the mice with endothelial cells isolated from young mice. They found that the blood vessel infusions enhanced the recovery of the hematopoietic system and restored blood stem cell function in aged mice.

When the team modeled a bone marrow transplant on the mice, they even observed that mice infused with endothelial cells regained a healthy blood system, even if the number of blood stem cell transplanted was suboptimal.

The study shows that young blood vessels can potentially rejuvenate blood stem cell functions, and mitigate the effects of medically induced stress, such as radiation therapy. The endothelial cells also protected other organs affected by radiation throughout the body, including the gut, skin, spleen and liver.

This global protection has many potential benefits for those undergoing cancer therapy, Butler explained in a statement. Those benefits include a shorter recovery time, less susceptibility to infections and lower the number of blood stem cells needed to achieve a successful transplant. The infusion of endothelial cells could thus lower the complication rates for elderly patients, Butler said.

At this time several groups are exploring endothelial cells as support strategy for blood stem cells, in mice and nonhuman primates.

Researchers agree on two very relevant issues that will influence the clinical application of these findings.

First, the infused blood vessel cells stick around transiently, which means lower chances of any potential toxic or unwanted side effect. Second, the infusions would work as an adjunct therapy for clinical protocols already in place, a sort of upgrade on standard treatment. This could potentially speed up the clinical translation of these findings.

“The bullets are already there; this is a better one,” said Poulos.