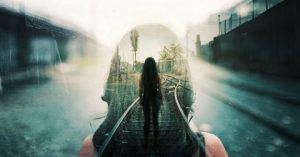 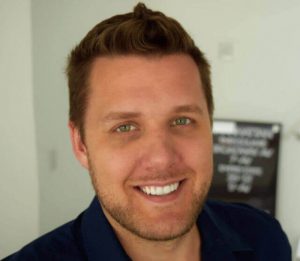 Learning to Transmute Our Sufferings

A poor, black female in the segregated South, Johnson didn’t exactly have a bright future to look forward to. She endured the hardships that virtually all African Americans endured during and beyond segregation—second-class citizen status, economic and social exclusion, living in near-constant fear of physical threats and terror, and so forth.

As if that weren’t enough, the particular events of Johnson’s life wouldn’t make it any easier for her either.

At age 7, she was raped by her mother’s boyfriend. She told only her brother about it. A few days later, her attacker was found dead.

She was so traumatized by these events that she didn’t speak a word out loud for another five-and-a-half years. An outcast, both from the outside and from within herself, Johnson was seemingly bound to a hard, lonely life of struggle and isolation.

Marguerite Johnson, however, would later change her name to Maya Angelou and become a dancer, an actress, a screenwriter, a poet, a prominent leader in the civil rights movement of the 1960s, and the first black female to write a best-selling nonfiction book, her memoir, I Know Why the Caged Bird Sings. She won multiple awards across multiple fields and even gave a presidential inaugural speech in 1993.1

And what was perhaps most impressive is that, at one point, Angelou admitted that she didn’t become what she was despite her early trauma, she became what she was because of it. When she wrote, she said she wrote over her scars—scars that only she could see and touch and feel. 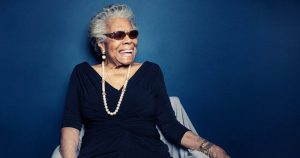 Maya Angelou admitted that she became what she was because of her early trauma.

Let’s be real: trauma is not a ‘good’ thing in life. All things being equal, none of us should have to experience these horrible things. But all of us do, at some point or another. That’s just a fact of life.

Most of us live through at least five or six traumatic events in our lifetime—we lose someone close to us, get divorced, lose a job, get a scary diagnosis at the doctor’s office, get assaulted and on and on—and more often than not, after one of these events, we’ll come out at least a little bit stronger, a little bit wiser, and a little bit of a better person.2

Thriving in the Face of Trauma

Up until relatively recently, the field of psychology mostly studied the ways in which trauma fucked us up. It makes sense why psychologists thought this for so long.

When starting out 100+ years ago, as a ‘quack science,’ initially it was only the most desperate and disturbed who resorted to seeking psychiatric help. Mainstream people with mainstream problems didn’t go see shrinks because it was still something stigmatized as embarrassing or shameful (and still kind of is).

As a result, the first 50 years or so of psychological/psychiatric practices dealt with the really hard cases. You know, schizophrenics, manic depressives, suicidal people, and so on.

This created a sort of selection bias. Since psychologists were only studying the most extreme mental health cases, and pretty much all of these cases involved the patient experiencing some terrible trauma at some point, early psychologists came to the logical conclusion that trauma leads to mental health issues. 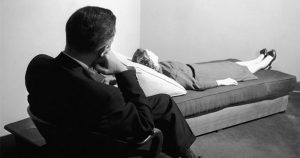 But this, it turns out, is wrong. And, in fact, it’s often the opposite.

It wasn’t until psychology and psychiatry became more mainstream that the field began to realize that trauma is incredibly common. In fact, trauma is actually a fact of life. And not only do most of us not succumb to severe mental breakdowns, but many people end up growing and developing into stronger people due to their past pains. As many as 90% of people who experience a traumatic event also experience at least one form of personal growth in the following months and years.3

These people eventually come to feel a greater sense of appreciation in life, their priorities change, their relationships are warmer and more compassionate, they draw from a greater source of personal strength, and they see new possibilities in their lives they never even considered before.

Now, before you go on thinking, “OMG, Mark Manson says all I need to do is experience some of that rip-out-your-heart-and-spit-in-your-face trauma and then my life will finally be the way I want it. Let’s get this trauma started!”

Uhh… No. There’s more to it than that.

The Trauma is Not the End, it’s the Beginning

It turns out that trauma in our lives, in whatever form it takes, isn’t actually the thing that makes us ‘stronger’ in this case. All those inspirational quotes with cheesy sunsets about enduring adversity and ‘what doesn’t kill you makes you stronger,’ they all kind of mislead you into thinking that just enduring some form of hardship is enough to steel yourself against future hardship. 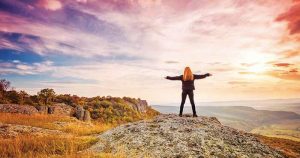 When we grow from trauma, we develop more inner strength and appreciation for life.

Traumatic experiences shake us to the core. They make us question our fundamental beliefs about the world and our place in it. They make us question the degree of benevolence and kindness and predictability in the world and of the people around us. Some traumas serve as stark reminders of our mortality, something most of us don’t want to think about.

And then there you are, traumatized and bewildered, lost and questioning everything about your life. At that point, it can basically go one of two ways:

Think of it like an earthquake that rips through a city. Everything is pretty much fucked after the tectonic violence wreaks havoc beneath. But after that, buildings can be rebuilt with new knowledge of structural integrity and people have the opportunity to design more resilient systems to guard against future earthquakes. The city doesn’t just ‘bounce back’ to its previous state—it’s made into a wiser, more resilient city.

And so, when our lives are disrupted by some tectonic-shifting personal shit, we have the opportunity to rebuild ourselves. We’ll carry the memory and the pain of the experience with us no matter what, just as the people of a city carry the memory and loss of a natural disaster like an earthquake.

The question at that point is, how will we rebuild ourselves? 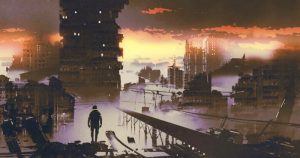 The undoing of trauma gives us the opportunity to rebuild ourselves.

The extent that we can experience personal growth after trauma depends a lot on the narrative we construct around this before and after point.4

It’s normal to ruminate about your pain, to question the meaning of it all, and to feel any combination of guilt, shame, fear, and loneliness. This can really suck. You end up playing the trauma over and over again in your head, like a bad movie you’re forced to watch in a theater where you’re strapped to the chair and your eyelids are taped open. It doesn’t feel real. And each replay feels almost as painful as the last. It’s like your brain punching itself over and over again for months, or even years, on end.

But as shitty as this is, it’s actually a crucial step in creating a narrative around your trauma.5 The narrative you construct will help lead you out of the dark corners of your mind and ultimately to a better place. As humans, we need to make sense of the world around us, and like I said before, trauma rarely makes sense as it’s happening to us.

So what should that narrative look like? Well, there are a few things to keep in mind:

1. It’s Not About Deserving

Our natural inclination when something horrible happens is to ask, “Why me? What did I do to deserve this?” Generally, the younger we are, or the worse the experience, the more we will naturally come to blame ourselves for our pain. We will come to feel that there must be something inherently wrong with us and that we did something to bring the situation upon ourselves. 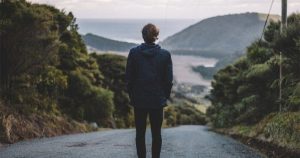 The extent of our personal growth depends on the narrative we create.

In fact, pain is the opposite. Pain is contagious. It’s like a virus. The more we hurt, the more we will feel inclined to hurt ourselves further and to hurt others further. Our own perceived shortcomings will be used to justify further destructive behaviors towards ourselves and towards those around us.

It’s important to recognize this and to stop it before it goes too far. We did nothing to deserve our trauma. Nobody deserves trauma. But deserving is not the point. It’s just something that happens.

2. A New Appreciation for Life

I remember when a close friend of mine died, it immediately made me aware of my other friendships and how fragile and tenuous they were. I found myself making the point of telling my friends that I cared about them and that they were important to me. This had the effect of actually strengthening some of my relationships, despite the fact that I had just gone through an intense loss.

It’s extreme pain that has an uncanny ability to clarify what actually matters in our lives, and removes any inhibition or doubt as to whether we should take advantage of it or not.

Narratives don’t form in a vacuum, they only exist when they’re communicated to others. Researchers have found, over and over again, that a strong predictor of personal growth following trauma is a willingness to open up about the trauma in the context of a supportive social network.7 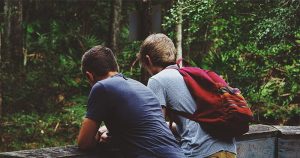 Opening up about your trauma will help you heal and grow from the experience.

Find a friend, a family member, a therapist, your pet iguana, and share your experience, your feelings, your doubts, and your fears that surround your trauma. Get out of your own head and share your shame.

Some of the most profound wisdom in your life will come from your trauma, but that wisdom can never be realized if you don’t share it, in some form or another.

There’s a stigma in our culture around sharing our pain. Unfortunately, disclosing that we’re hurting runs up against a number of taboos—that we should be positive and pleasant, that our problems are just that, our problems, and that the self-reliance of people means we get what we deserve.

But squelching our trauma only makes it worse. It festers and infects us. And this is perhaps the greatest lesson we get from Maya Angelou. Her ability to transmute her pain into a message of hope and empowerment is what led to her healing, not the other way around.

It’s sharing our own personal pain that allows us to move beyond it. Because it’s one thing to just sit and intellectualize our problems to ourselves. But once we share and mold that meaning out in the world around us, our pain becomes something outside of us. And because it’s now outside of us, we are finally able to live without it.