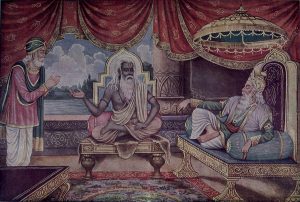 What is the current thought on the nature, scope, and reach of Indian philosophy?

Handbooks and histories of a given area, subfield, or tradition in philosophy are always good places to start when trying to gauge the current state of the art in that specific area, subfield, or tradition. Now that we have not one but two large edited collections on Indian philosophy published within a month of each other––The Oxford Handbook on Indian Philosophy, edited by Jonardon Ganeri, and the Routledge History of Indian Philosophy, edited by Purushottama Bilimoria––it it worth asking how far we have travelled and where do we go from here.

Since I had the honor of introducing the second of the two volumes, I’d like to share some of my thoughts on the matter in the hope that they may spur some discussion. Much of what I have to say about the current state of play and the future of the field hinges on the following issues: 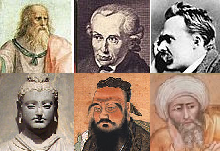 #1 The Problem of Canon and Style. Indian philosophy is host to conceptual, argumentative, and experiential strategies that do not map neatly onto Western categories and practices. Take, for example, the case of logic. If we render classical Indian logic in Western terms, the anumāna system of inference ends up looking a lot like the Aristotelian syllogism. If we retain the original format with its distinctive steps and characteristics, the Indian tradition of debate can seem alien and contrived.

#2 The Problem of Reliable Evidence. Championing pre-modern modes of inquiry in an era when philosophy, at least in the anglophone world and its satellites, has in large measure become a highly specialized and technical discipline conceived on the model of the sciences, is challenging at best. What are the implications for doing philosophy with the Indian materials in an age when deferring to the sciences for empirical evidence has become the norm?

#3 The Constraint of Genealogy. If philosophy proceeds as a series of dialogues among philosophers pursuing unresolved problems by building on the achievements of their acknowledged forbears, then philosophy is constrained by its own genealogy. That means one cannot engage Indian philosophy without sharing some of its own presuppositions and concerns about the nature of evidence, the proper place of reason, and the aims of inquiry. What does this genealogical picture mean for the project of cross-cultural philosophy?

#4 The Problem of Modernity. Does the methodological and conceptual sophistication of late Navya Nyāya mark a turn toward a distinctively autochthonous kind of modernity, something analogous to the Cartesian legacy in Western philosophy? I make the case that while a sprit of critical deference to tradition has deep roots in the Indian tradition, and may suggest the presence of a proto-modernity, this modernity differs significantly from the spirit of rational and scientific inquiry that we associate in the West with Descartes and the British empiricists.

#5 The Metaphilosophical Problem. The metaphilosophical question “Is the Indian philosophical genre philosophy?” cannot be overlooked, however difficult (and, for some, downright maddening) the question might be. Among other things, it opens up the possibility of treating the moral and metaphysical lessons of the Upaniṣads, the Yoga-sūtras, and the Bhagavad-Gītā as proposing specific forms of life rather than solutions to insoluble metaphysical questions.

#6 The Problem of Authenticity. If indigenism, comparison, and cosmopolitanism are rival approaches, can a better understanding of the history of philosophy in a global context defuse the tension these approaches generate? In principle, that ought to be the case. But the question of what makes Indian philosophy authentically Indian is not the same as what makes it creative or capable of addressing a broader range of concerns. Should certain argumentative and interpretive strategies be off limits when it comes to doing Indian philosophy just because they did not arise within that tradition or because they don’t reflect traditional sorts of concerns?

These are by no means the only problems that confront philosophers who engage the history of Indian thought. But they do capture, I think, enough of the challenges that still lay ahead. My proposal is that we recognize the project of thinking across cultural boundaries for what it has always been: a type of intervention of, and from, one tradition into the other, with consequences for both. Interventions of this sort, which happen at the confluence of cultures, can be (and often are) turbulent events. But they also afford great opportunities for changing course. I give several examples in the final section of the introduction (available here).

For balance, here’s what other recent introductions to the field have to say about the past, present, and future directions of Indian philosophy. 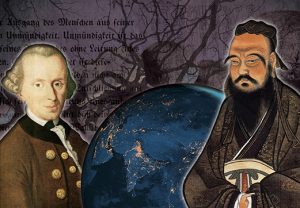 The Fusion Model. Mark Siderits’ fusion approach to philosophy needs no introduction to readers of this blog. The approach gets a new makeover in “Comparison or Confluence Philosophy?”–– one of the thematic introductions to Oxford Handbook of Indian Philosophy, edited by J. Ganeri. Siderits addresses a series of questions (and criticisms) about the program of comparative philosophy: Are the two traditions (Indian and Western) incommensurable? Is such a project politically problematic? He also notes a trend away from historical and comparative models of doing philosophy and toward the confluence project, and identifies a series of topics that have provided fertile ground for this sort of work.

The Genre ‘Philosophy’. The question whether there is an equivalent concept analogous to the Greek philosophia has been a topic of considerable discussion since the early days of Indological research. Revisiting the question in his own thematic introduction to the same Oxford Handbook (“History and Doxography of the Philosophical Schools“), Ashok Aklujkar acknowledges that, while vast tracks of thought in India resemble what in the West is called philosophy, there is also a great deal of material that falls outside its scope. At one time or another terms such as ānvīkṣikī and darśana, and in certain contexts even mata, vāda, naya and sāṃkhya have come close enough to capturing something like the notion of “philosophy” in India. But how much of what is subsumed under those categories counts as philosophy in the modern sense of the term is another matter.

The Hermeneutic Circle. Just how far into a tradition faithful interpretations of its texts can take us (considering that doing Indian philosophy often means translating and interpreting classical texts preserved mainly in Sanskrit)? In yet another thematic introduction to the same Oxford Handbook (“Interpreting Indian Philosophy: Three Parables”), Matthew Kapstein raises the problem of interpretation. As anyone who is familiar with the famous hermeneutic circle knowns, the practice of philosophical interpretation promises something that it cannot deliver: occupying the perspective of the author or the cultural text/artifact within the context in which it was authored or created while at the same time articulating this understanding in our own world and present moment.

Broadening the Genus ‘Philosophy’. Hegelian conceptions of the history of philosophy, conceptions that deprived the non-Western world, and not just India, of philosophy simply because the term itself and the practice were considered a Greek invention, are no longer the norm. But their legacy persists. Just about anyone working in Indian philosophy for the past half century has had to overcome this legacy and question its assumptions. A generation ago, it informed the work of Matilal and Mohanty. One solution, argues Jonardon Ganeri in his general introduction to the Oxford Handbook of Indian Philosophy, is to offer more capacious definitions of the broad set of intellectual practices and skills that nowadays go under the rubric “philosophy”. Ganeri’s own definition articulates a Sellarsian version of global philosophy as the “distinctively human capacities to find orientation in the space of reasons”. For Ganeri, the genus “philosophy,” broadly understood, is the type of intellectual activity where one moves from perplexity (saṃśaya) to clarity (nirṇaya) by harnessing the powers of deductive reasoning, projective extrapolation, and conceptual mapping.

Technical vs Non-technical Uses of Philosophy. Broadening our conception of what should count as philosophy raises a different, though not unrelated, question about technical versus nontechnical uses of the term. As Roy Perrett clarifies in the Introduction to his own Introduction to Indian Philosophy, in a “non-technical” sense, philosophy often stands for a complete world-view, the sort that provides a “fully coherent explanation of everything”. Many of the so-called “schools” of Indian philosophy aim at offering precisely such a complete metaphysical picture. In the “technical” sense of the term, however, philosophy is a type of critical reflection that calls into question this “traditional explanatory world-view”. There is clearly Indian philosophy in the non-technical sense of the term, but given that a great deal of Indian philosophy is permeated by tradition-specific doctrinal claims, which traditions of thought in India fit the technical description of the practice remains controversial.

The Question of Parochialism. Lastly, assuming, with Matilal, that we cannot do Indian philosophy in a modern language like English without doing comparative philosophy, how are we to proceed? In their introduction to Comparative Philosophy Without Borders, Chakrabarti and Weber, raise a series of questions about best (or, as the case may be, worst) practices when it comes to doing philosophy comparatively. Philosophy done in India and by scholars of Indian philosophy outside India is replete with questions of the sort: “What is the objectively graspable meaning of the first person pronoun ‘I’?” or “Is prāmāņyatruth or knowledgehood?” But one never comes across questions like “Does Russell’s theory of error and false belief count as an ‘anyathākhyāti’ (misallocated predication) theory?” or “Is Armstrong a Cārvāka-style ‘dehātmavādin’?” Why is that? Because Western philosophy is parochial?

Whether interest in comparative philosophy among contemporary analytic philosophers is a case of “best” or “worst” practices depends in large measure on whatever conception of philosophy one operate with. In the anglophone world that conception has undergone dramatic shifts during the last century with the emergence of the analytic-continental rift, and the progressive recognition that science is better equipped to answer many of the problems that were once the province of natural philosophy.

So, back to the question I asked at the top of this lengthy blog post. One thing is obvious: we are in a much better position today to fill in the gaps in philosophy’s long and culturally diverse history, so as better to understand the nature, scope, and reach of Indian philosophy relative to philosophy’s history elsewhere. The problem is that this history is being told by those few philosophical globetrotters who can move between the places that traditions occupy with only the minor inconvenience of a temporary jet-lag. It is the cosmopolitan rather than the indigenist, the champion of the open space of possibility, rather than the protector of the enclosed place of certainty, that gets to tell the story.

Originally published by The Indian Philosophy Blog under a Creative Commons Attribution-NonCommercial-ShareAlike license.