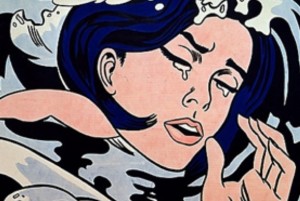 Conspiracy theories and scientific theories attempt to explain the world around us. Both apply a filter of logic to the complexity of the universe, thereby transforming randomness into reason. Yet these two theoretical breeds differ in important ways. Scientific theories, by definition, must be falsifiable. That is, they must make reliable predictions about the world; and if those predictions turn out to be incorrect, the theory can be declared false. Conspiracy theories, on the other hand, are tough to disprove. Their proponents can make the theories increasingly elaborate to accommodate new observations; and, ultimately, any information contradicting a conspiracy theory can be answered with, “Well sure, that’s what they want you to think.”

Despite their unfalsifiable nature, conspiracy theories attract significant followings. Not all theorists, it seems, hold their “truths” to the standards of conventional science. And scientists are beginning to understand the types of personalities that buy into more extreme and unlikely theories. Research reveals that conspiracy theorists tend to share a core set of traits, regardless of their conspiracy of choice. Low self-esteem, for example, may characterize both those who believe that Paul McCartney died in 1966 and those who think that Britain’s royal family consists of reptilian aliens.