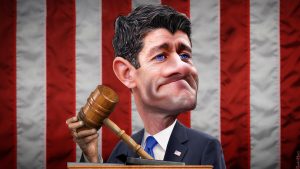 Republicans are increasingly doubtful they can hold the House in the November elections. 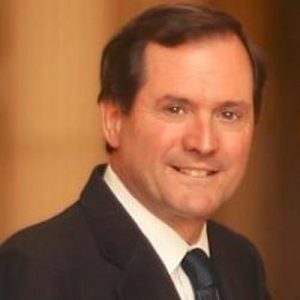 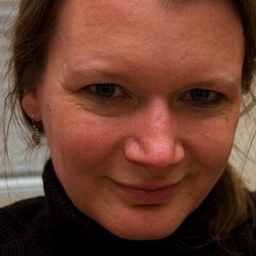 Although former House Speaker John Boehner of Ohio insisted that Ryan is stepping down because he has accomplished his major goals, not because of fear of losing the House, many analysts say the Wisconsin congressman would not be leaving if he thought Republicans would withstand an expected backlash against President Donald Trump and retain control of the House.

In addition, some wonder whether Ryan’s retirement could pave the way for arch-conservative Republicans such as Rep. Jim Jordan of Urbana to wrest power from the more-moderate House Republican leadership after the midterms.

For his part, Jordan insisted that Republicans’ focus isn’t on who will be the next speaker, but on making sure the party keeps its House majority.

He said it is “way too early to talk about who’s running” for speaker, and he would neither rule in nor rule out running for the post.

“What I’m focused on doing for the next six months is making sure that we’re getting something done with the mandate of 2016,” Jordan said.

But others argued that it would be hard for Jordan or any of his fellow Freedom Caucus conservatives to get the 218 votes needed to win the speakership. The caucus of conservative lawmakers currently consists of about 40 members.

“How do you go from 40 votes to 218?” one Ohio Republican asked, speaking anonymously. “It’s hard math.”

For other Republicans and political analysts, the news meant something else: Ryan saw the writing on the wall, and it wasn’t good for Republicans.

“They might have a one-in-three chance in holding the House at this point,” said David Wasserman, congressional analyst for the nonpartisan Cook Political Report in Washington.

Alex Conant, a Republican consultant who served as an adviser to the 2016 presidential campaign of Sen. Marco Rubio, R-Fla., said, “Obviously with an unpopular president and a lot of retirements and not too big a majority to begin with, it’s certainly possible” that Republicans could lose control of the House.

“We could lose the Senate, we could lose the House,” Conant said. “Or we could hold them both. But it’s going to be a very competitive midterm election. The trends in the special elections have been ominous, but we have a long way to go between now and November.”

Another anonymous Ohio Republican was even more dispirited, saying that Ryan’s retirement is “clearly a concession that we are not going to do well in the House. That’s the reality. I don’t see how we’re going to spin this.”

Boehner, who served as a Republican House member from West Chester before retiring in 2015, said Ryan agreed only reluctantly to replace him as speaker in 2015 and made clear that his chief goal was to win congressional passage of a major overhaul of the nation’s income-tax laws.

“He accepted the fact that he had to do this job, and I think he did it well, but tax reform was always his baby, and he got his job done,” Boehner said.

Rep. Steve Stivers, an Upper Arlington Republican who chairs the National Republican Congressional Committee, also insisted that Ryan’s decision had nothing to do with politics.

“This was about Janesville, Wisconsin, not Washington, D.C.,” Stivers said, citing Ryan’s hometown. “This was about him having kids that are getting older, and he’s been at this a long time, and he’s now been speaker and he’s got some real legacy items that he’s made a huge difference for our country on. And he decided it was time.”

Jeff Sadosky, a former adviser to Sen. Rob Portman, R-Ohio, said Ryan “didn’t want this job. He took it out of a feeling of responsibility. But between Trump, a divided conference and any number of policy challenges that are becoming harder to solve, it has to be one of the most-hateful jobs in Washington.”

At a news conference on Capitol Hill, Ryan told reporters he doubts that “a person’s race for Congress is going to hinge on whether Paul Ryan is speaker or not. Look, if we do our jobs, which we are, we’re going to be fine as a majority.”

House Republicans hold 237 seats, while Democrats have 192; six others are vacant. But counting Ryan, 46 Republicans either are retiring, are seeking another office or have joined the Trump administration. By contrast, only 19 Democrats are leaving, and Democrat Louise Slaughter of New York died last month.

Originally published by The Columbia Dispatch under a Creative Commons Non-Commercial license.