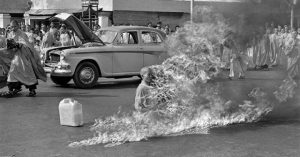 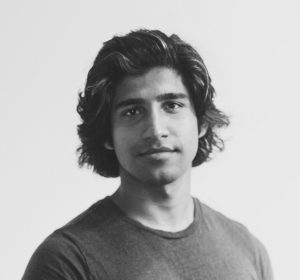 The Reality of Reality

Đức was a Vietnamese Monk, and the act was a form of protest motivated by the unequal treatment of the Buddhists by the South Vietnamese government at the time.

While what went down that day came as a shock to everyone, the day before the event, there were actually whispers that something important was going to occur outside of the Cambodian embassy in Saigon, Vietnam. Most reporters ignored the message.

One of the people who didn’t, however, was David Halberstam. He was a journalist for the New York Times, and he watched it all go down.

I was too shocked to cry, too confused to take notes or ask questions, too bewildered to even think… As he burned he never moved a muscle, never uttered a sound, his outward composure in sharp contrast to the wailing people around him.

The picture of Đức on fire is one of the most famous photographs in history. It captured the whole world’s attention at the time, and in the months following, more protests were carried out. Eventually, the leaders of the South Vietnamese government were overthrown.

What’s particularly interesting to me, however, isn’t the politics of it, even though there are a lot of important questions to ask and answer in that regard. It’s understanding how it was possible for Đức to react as he did. 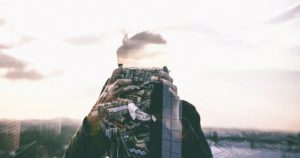 Đức’s lack of response provoked much thought on what we believe to be real.

What laws of nature do you have to defy so to not feel yourself burning to death?

The Objective and the Subjective Overlap

The first explanation for his reaction is more scientific in nature.

When such extreme heat interacts with the body, it essentially destroys the human nervous system. This means that the nerves that are usually responsible for sending the information to our pain receptors get severely damaged before they are able to react.

This explanation, however, doesn’t account for the fact that even in the first few seconds of Đức burning, there seemed to be not so much as a flinch. Surely, something would have to give.

Evolutionary psychologist, Robert Wright, provides a slightly different explanation in his book Why Buddhism is True: The Science and Philosophy of Meditation and Enlightenment.

While we often think of the reality we observe as being objective, the truth is actually that the objective and the subjective very much overlap in how we view things and how we feel about them. Everything that you call reality is something you have developed a subjective emotional response to.

When you look at a piece of clothing or a computer or food, you’re not just seeing what’s there. Your judgment of your observation is also being influenced by the feelings you’ve developed towards them over time. 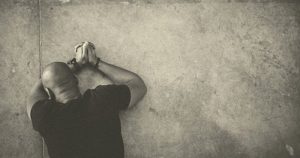 Our ‘reality’ is based on our subjective emotional response to things.

According to Wright, what meditation does as far as we currently know, especially in long-term practitioners like Đức, is that it severs the link between what is happening to us and our habitual reaction to that occurrence.

For someone like Đức, the association of physical pain and his subjective response to it was likely so weakened that even the instinctive reflexes that many of us have to discomfort were under his observable control.

He could feel pain, like the rest of us, but he didn’t impulsively respond to it.

If this sounds a little abstract to you, let’s look at it from another angle.

We’re Programmed for Survival, Not Truth

One of the things that we all take for granted is the general definition of truth.

We associate truth with the daily cause and effect relationships that we observe in our lives. In a sense, many of them are true. Without diving too deep into philosophy, there is such a thing as a contextual truth.

If you watched Bobby steal something from the store, and he gets caught and sent to jail for it, then it’s true that he was convicted of a crime.

That said, when it comes to seeing reality for what it really is, beyond specific contexts confined by the language we use to interact with each other, then it’s fairly evident that we don’t—at least currently—see the world as it really is, which is why the objective and the subjective overlap. 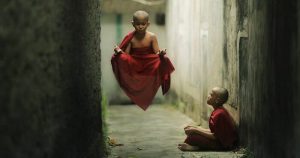 Meditation can sever the link between what’s happening & our habitual reaction to it.

There are smells around that we physically can’t smell, there are sights to witness beyond the wavelength that our eyes operate in, and there are sounds to be heard that we will never fully hear.

The reason for this is that these things aren’t required to be passed on through our genes. The environments that we’ve adapted to don’t need us to be able to see like a snake does or to smell to the extent that a dog can.

Everything we take for granted as reality is, in fact, an illusion of sorts. There may be an objective component to what we see, but much of that objectivity is limited. Further yet, a lot of it is clouded by our subjective judgments.

We’re each shaped by our own interactions with reality, and that’s why something that you see as extended suffering would not have evoked the same reaction from Thích Quảng Đức, and it didn’t.

He had literally conditioned himself to experience a different world.

Rejecting the Illusion Leads to Freedom

Everything we experience is a product of both mind and matter.

While there is merit in using part of this understanding to make a strong case for meditation to lessen personal suffering, as Wright does in his book, the implications of this go even further than all of that. 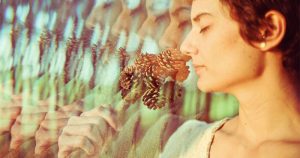 Reality is as much real as it is a figment of our imagination.

The stimuli that the external reality imposes on you gain power just as much from how you think about them as they do from any sort of physical effect that they create in your body. Ponder that for a moment.

The grip of discomfort, the benign indifference of the world, and the challenge of uncertainty are real, yes, and the experiences aren’t always pleasant, indeed, but these things don’t always have to be accepted as such.

In the words of Albert Camus:

The only way to deal with an unfree world is to become so absolutely free that your very existence is an act of rebellion.

You can condition yourself to reject a big part of an unfavorable reality by amalgamating it with a more favorable perception. In the process of doing so, you gain complete power and control over your world.

For Thích Quảng Đức, this meant not flinching in the face of death to do what he thought was right. For you, it might mean refusing to succumb to the unreasonableness of a world that fights to put you down.

Reality is as much real as it is a figment of our imagination. There is nothing you have to fear if you know that it can be rebelled against. You are not your circumstances, just like you are not your past.

That, to me, is the most liberating fact of existence.