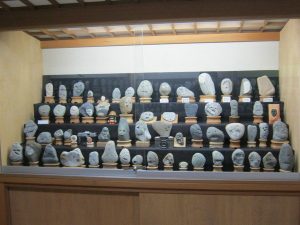 Chinsekikan, or The Hall of Curious Rocks is a unique museum in the Japanese town Saitama, just outside Tokyo, where visitors can admire close to 1,000 rocks that resemble human faces.

This outlandish tourist attraction is the work of the late Shozo Hayama, a rock enthusiast who spent 50 years of his life collecting strange-looking rocks, and especially those that resembled human faces. His only requirement was that nature be the only artist, and believe it or not he actually put together a collection of over 900 human-looking rocks, some of which resemble famous people, like rock’n roll legend Elvis Presley or Soviet leader Mikhail Gorbachev.

Shozo Hayama passed away in 2010, leaving behind an impressive collection of around 1,700 strange-shaped rocks, which is now curated by his daughter, Yoshiko Hayama. While some of the rocks on display at The Hall of Curious Stones have been named the Hayama’s according to the person or the thing they resemble, most of them don’t have names, so Yoshiko sometimes lets visitors name them. 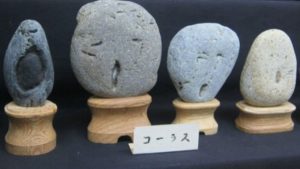 Apart from the 900 plus rocks naturally shaped like human faces, the Chinsekikan museum also has stones that resemble popular movie and cartoon characters, like E.T., Mickey Mouse or everyone’s favorite tropical fish, Nemo. There’s also one shaped like the Koopa Troopa shell from Super Mario video games, or Donkey Kong. 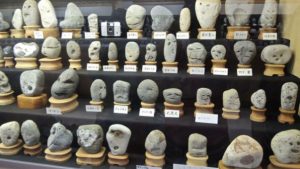 This place has so many funny-looking rocks, but as This Belongs in a Museum blog notes, it seems to have one shaped like Dwayne Johnson, a.k.a. “The Rock”. 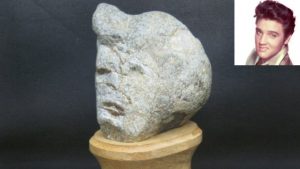 The Hall of Curious Rocks museum is located just 10 minutes away from Kagemori Station, but visitors are advised to announce their visit in advance because the museum is known to unexpectedly close for personal reasons. 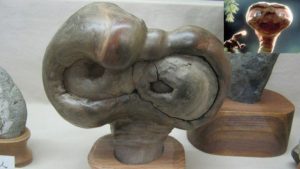 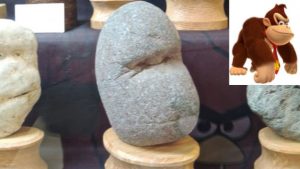