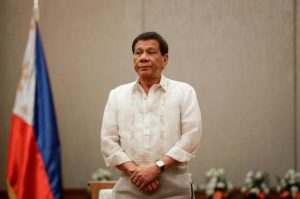 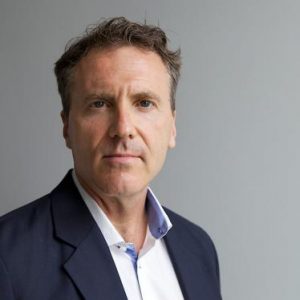 That’s the signal he sent last week by announcing that the Philippines will withdraw from the International Criminal Court (ICC) “effective immediately.” Duterte sought to justify the withdrawal by suggesting that the ICC’s move last month to launch a preliminary examination into killings linked to the Philippine government’s “war on drugs” had violated the principles of “due process and the presumption of innocence.”

But behind Duterte’s bluster about being “appalled” by the ICC’s concern about an anti-drug campaign that has killed thousands of people, including dozens of children, is his palpable fear that he and senior government officials will inevitably face justice for their role in those deaths.

Duterte has good reason to be afraid of being implicated in possible crimes against humanity for inciting and instigating “drug war” killings. His outspoken vow to embark on a nationwide killing campaign against drug dealers and drug users was the foundation of a presidential electoral platform that swept him into office. At his inauguration on June 30, 2016, he told the Philippine public, “If you know of any addicts, go ahead and kill them yourself as getting their parents to do it would be too painful.” That could constitute incitement to commit murder.

Duterte has repeatedly called for the Philippine National Police to target suspected drug users and dealers with extrajudicial violence, which could be considered instigating law enforcement to commit murder. In August 2016 he warned suspected drug dealers: “My order is shoot to kill you. I don’t care about human rights, you better believe me.” In April 2017, Duterte welcomed a returning group of overseas Filipino workers by telling them, “If you lose your job, I’ll give you one. Kill all the drug addicts.”

Duterte’s consistent messaging of targeting suspected drug dealers and users has not fallen on deaf ears. Since taking office, his anti-drug campaign has resulted in more than 12,000 deaths. And the killings continue. Duterte and some of his key ministers have praised the killings as proof of the “success” of the campaign and urged police to “seize the momentum.”

However, research by Human Rights Watch and others has exposed a damning pattern of unlawful police conduct designed to paint a veneer of legality over “drug war” summary executions. In response, Duterte and Philippine National Police Director General Ronald dela Rosa have in effect institutionalized impunity for police involvement in summary killings. Dela Rosa has dismissed calls for independent investigations into police drug war killings as “legal harassment” and said that the demand “dampens the morale” of police officers. In August, Duterte vowed to “pardon and promote” any police personnel implicated in unlawful killings.

Duterte has also sought to systematically eliminate meaningful opposition to the drug war carnage. In August, Duterte encouraged police attacks against human rights groups and advocates, instructing policeto shoot them “if they are obstructing justice.” Duterte has publicly condemned the official Commission on Human Rights, even threatening to abolish the constitutionally mandated body. He also repeatedly subjected the UN’s expert on extrajudicial killings, Agnes Callamard, to profanity-laced ridicule for her repeated efforts to secure an official visit to the Philippines.

Senator Leila de Lima, former chair of the human rights commission and secretary of justice, has been jailed since February 2017 on politically motivated drug charges as an apparent reprisal for her outspoken opposition to the drug war carnage. As international pressure for accountability for those deaths has risen in recent months, the Duterte government has adopted a tactic of denial and distractionto impugn the integrity of drug war critics.

Duterte’s craven efforts to dodge ICC scrutiny should only heighten the urgency for a separate, United Nations-led probe into his drug war calamity. At the current session of the UN Human Rights Council in Geneva, Guðlaugur Þór Þórðarson, Iceland’s foreign minister, reminded the council of its responsibility to “to try and ensure the Philippines meets its human rights obligations.” A UN inquiry would add to the international pressure on the Duterte government to stop the killings and to cooperate with efforts to bring those responsible to justice, including before the ICC.

Duterte won the 2016 presidential election in the Philippines with the slogan “Change is coming.” As he faces the increasing likelihood of an international investigation into the “drug war,” Duterte clearly now dreads the likelihood that justice is coming.