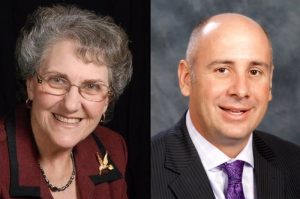 Mary Lou Bruner lost the GOP primary runoff against Keven Ellis to represent District 9 on the State Board of Education. Ellis will face Democrat Amanda Rudolph in November.

The East Texas Tea Party activist and former schoolteacher had been favored to win the District 9 race after nearly winning the primary outright in March and accumulating heavy Tea Party support. But Ellis, a Lufkin chiropractor who presides over the local school board, maintained a double-digit lead over Bruner throughout Tuesday night, and that lead widened as vote returns rolled in. With 89 percent of precincts reporting, he was ahead by 18 percentage points.

Ellis’ victory all but ensures his ultimate election to the 15-member state panel that reviews and approves textbooks and sets curriculum standards for the state’s more than 5 million public school students. District 9, a 31-county swath spanning northeast Texas, is a Republican stronghold.

His win comes after Bruner nearly won a three-way GOP primary race March 1, falling less than 2 percent and a few thousand votes short of the 50 percent mark. Her strong showing came despite extensive media coverage of her then-public Facebook posts featuring right-wing conspiracy theories and other fringe views, including that President Obama worked as a gay prostitute while in his 20s to fund a drug habit.

With Texas GOP runoffs typically drawing the most conservative voters, Rice University political scientist Mark Jones had previously named Bruner a favorite to win while acknowledging a scenario where educators turned out in droves to vote against her.

“It would appear that a perfect storm occurred to defeat Bruner,” Jones said in an email Tuesday night. “Superintendents and teachers (and their friends and families) across the district rallied against her due to disagreement with her positions on education policy, the belief she would not be a good representative of the district’s interests, and the embarrassment they felt her election would bring to the region.”