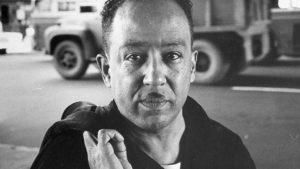 Langston Hughes was one of the most important writers and thinkers of the Harlem Renaissance, which was the African American artistic movement in the 1920s that celebrated black life and culture. Hughes’s creative genius was influenced by his life in New York City’s Harlem, a primarily African American neighborhood. His literary works helped shape American literature and politics. Hughes, like others active in the Harlem Renaissance, had a strong sense of racial pride. Through his poetry, novels, plays, essays, and children’s books, he promoted equality, condemned racism and injustice, and celebrated African American culture, humor, and spirituality.

Langston Hughes was born in Joplin, Missouri to two bookkeepers. His parents separated when he was very young. His father moved to Mexico, and his mother left him for long periods of time in search of steady employment. Hughes’s grandmother raised him in Lawrence, Kansas, until he was 12, when he moved to Illinois to live with his mother and stepfather. The family later moved to Ohio. From these humble origins, Langston developed a deep admiration for those he called “low-down folks,” poor people who had a strong sense of emotion and pride. How do you think Hughes expressed these feelings? 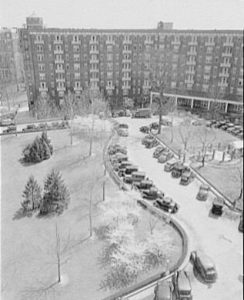 Hughes began writing poetry in high school. He gained some early recognition and support among important black intellectuals such as James Weldon Johnson and W.E.B DuBois (also an “Amazing American”). While working as a busboy at the Wardman Park Hotel in Washington, D.C., Hughes gave three of his poems to Vachel Lindsay, a famous critic. Lindsay’s enthusiastic praise won Hughes an even wider audience. 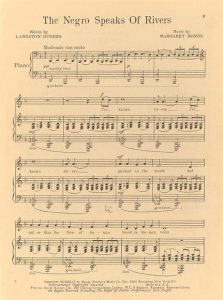 Many people write poems about experiences or feelings they’ve had. Hughes spent the summers of 1919 and 1920 with his father in Mexico. While on a train on his second trip, he wrote his first great poem, “The Negro Speaks of Rivers.” The poem was published in The Crisis, a magazine of the National Association for the Advancement of Colored People. You may ask your librarian how to find this poem so that you can read it. Here’s how it begins: I’ve known rivers:/I’ve known rivers ancient as the world and older than the flow of human blood in human veins. 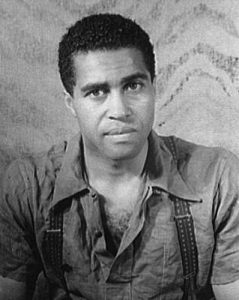 Langston Hughes is one of America’s greatest poets. Like so many writers, he wrote about what he knew — the people, places and events around him. Although Hughes was friendly with people from all walks of life, the rich, the middle class and the poor, it was the people he called the “low-down folks” who had the greatest influence on his poetry. Hughes used this expression as a form of praise. He admired these people because “they accept what beauty is their own without question.” What do you think this means? 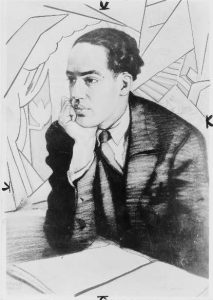 Perhaps the phrase means that the low-down folks appreciated the beauty that existed in their lives. Hughes loved the music of his people, especially the blues, songs that express sad themes. He heard this music in clubs in Chicago, New York, Kansas City and Washington, D.C. The songs he heard were about people who were determined to overcome hardships. In “Songs Called the Blues” (1941), Hughes said this music was sung by “black, beaten but unbeatable throats.” In 1958, Hughes recorded his poetry to the accompaniment of the music of jazz and blues artists such as Charles Mingus. Have you ever heard poetry recited to music? 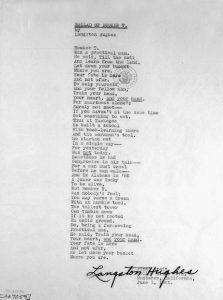 Play that Tune!  Speak the Word! 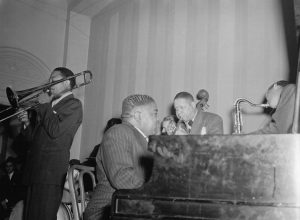 Langston Hughes was an artist who used words to express himself, but other forms of art influenced him, and his work crossed over into other mediums. Hughes was considered a Renaissance man, someone who has wide interests and is talented in many areas. Jazz and blues were key elements of the Harlem Renaissance of the 1920s, a time when African Americans in a section of New York City started a movement to celebrate their culture. Hughes said that jazz and blues expressed the wide range of black America’s experience, from grief and sadness to hope and determination. The famous Henry “Red” Allen Band accompanied Hughes in a 1958 poetry recording. The rhythms of jazz also influenced his 1951 Montage of a Dream Deferred. This was a book-length poem in five sections depicting the African American urban experience using music, poetry, and history. 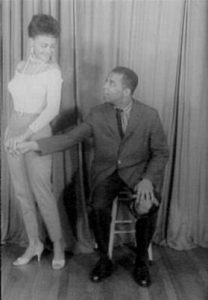 Music and poetry worked together — just like they do today in songs you listen to. But Langston Hughes spread his creative wings even further. He loved drama and plays, and founded theater companies in both New York and Los Angeles. Hughes wrote his first play, Mule Bone, with Zora Neale Hurston in 1930 and kept writing for the stage the rest of his life. In order to make his plays sound realistic, Hughes mixed the lyrical nature of his poetry with the sounds of people in conversation. In 1957 he wrote a play called Simply Heavenly, which played on Broadway (in New York City) and in London. 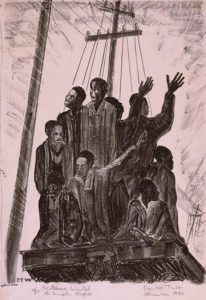 Langston Hughes influenced many other people with his art — young writers and artists looked up to him. African Americans found in him a voice for their own experiences and culture — a voice that hadn’t been widely heard until then. He inspired many other artists of all races to write, draw, play, and sing. Some even dedicated their work to Hughes, as you can see in the drawing here.