The episodic insanity that earned him the nickname “Mad King George” had led to numerous assessments by doctors across England. 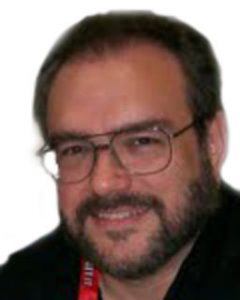 The episodic insanity that earned him the nickname “Mad King George” had led to numerous assessments by doctors across England. When the 70-year old Willis arrived at Kew Palace on December 5, 1788, King George tried to appear calm but became agitated as he assured Willis that he had no need for a doctor. After Willis mentioned that he had once been a clergyman before going into medicine, the king replied: “‘I am sorry for it. “You have quitted a profession I have always loved, and you have embraced one I most heartily detest.” Willis reportedly responded that “‘Our Saviour Himself went about healing the sick”. The King’s answer? “Yes, yes, but He had not £700 [a year] for it, hey!” (it would become a very popular quote).

If the King had no liking for Francis Willis, the other doctors liked him even less. Born in 1718, Francis Willis was ordained as an Anglican priest and later became vice-principal of Brasenose College in Oxford. After his marriage, he and his wife moved to Lincolnshire when he began to practice medicine (apparently before he was actually awarded a medical degree). According to some sources, Willis used his Oxford contacts to “persuade” the university to grant him a medical degree in 1759 to avoid legal troubles. With his new medical credentials, Willis began working as a part-time physician at a hospital in Lincoln, England. His treatment of “wrongheads” (a common term for the mentally ill at the time) was so successful that he opened his own asylum at Greatford Hall. 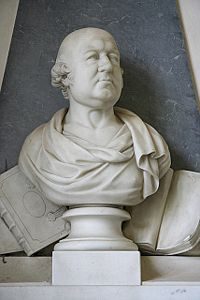 The Nollekens bust of Dr. Francis Willis in the church at Greatford / Photo by Richard Croft, Wikimedia Commons

While not as famous as Philippe Pinel and Jean-Baptiste Pussin in France, Willis’ approach to treating the mentally ill seemed revolutionary at the time. His treatment included having his patients working in the fresh air doing manual labour rather than the typical prison-like setting that characterized so many other English asylums.  Although Francis Willis’ medical credentials weren’t respected by other doctors (he wasn’t a member of the Royal College of Physicians for instance), his success with mental patients (including relatives of several prominent nobles) led to him being asked to treat the King’s strange illness.

King George’s other doctors weren’t pleased that Willis was being brought in to see the king (one doctor even commented that Willis was “nothing more than a mountebank”). The fact that Willis confidently announced that the king’s illness was curable made them even more suspicious. Although the actual cause of King George’s madness is still being debated (porphyria seems to be the most likely possibility), none of the other doctors saw any realistic hope in his case. While largely a figurehead, the King was still the titular head of a vast overseas empire (even though the recent American Revolution had reduced England’s foreign possessions somewhat). The prospect of a cure was something that the Queen and the English government didn’t dare reject. Francis Willis quickly became a court favourite due to his reputation as a healer and his forthright manner.

Along with his sons John and Robert (also physicians), Francis Willis quickly took charge of the King and placed him under the same strict routine that he used with his patients. If King George refused orders, Willis would have three attendants force him into a straitjacket and confine him until he was more agreeable.Willis also used a specially made chair (dubbed the “coronation chair”) whenever King George was being especially resistant. Once when Willis grew tired of the King’s rants about one of the ladies of the court, he gave his patient a stern lecture about proper courtesy while the King was tied into the chair with a handkerchief stuffed into his mouth.

It’s hardly surprising that the King quickly grew to hate Doctor Willis (father and sons) as much as he hated all his other doctors. The promised cure seemed increasingly unlikely as the King rambled on about horses, hunting, the English government, etc, along with moaning about his sessions in the straitjacket and the chair.  To deal with blistering from his restraints and his inability to sleep at night, the King was treated with medications including calomel, digitalis (foxglove), camphor, quinine, and emetics that often had him praying for death. Through it all, Willis posted regular reports stating that the King was improving. While other doctors disagreed, Willis’ reports emphasized the King’s rational episodes and the reduced need for restraints. Of course, the King also had “bad days” in which he would fly into rages and attempt to escape when taken on public walks (Willis downplayed these).

There was public celebration when the King began showing a sharp improvement in 1789. Not only did he begin caring about his appearance, he also appeared extremely lucid in his regular conversations. Members of the official Opposition continued to be suspicious (they had been pushing for the Prince of Wales to be appointed Regent) but the King kept improving. By the end of February, the Queen commissioned a ‘Prayer of Thanksgiving upon the King’s Recovery’ that was distributed to all the churches in the country. Francis Willis and the other doctors became national heroes (Willis was granted an annual pension by a grateful Parliament).  Despite the turbulent political upheavals of the next few years (and several assassination attempts), the King remained in good health until 1801 when he suddenly relapsed.

After emerging from a coma, the King began recovering very slowly. To help his recovery along, the Willises subjected their patient to a harsh regimen of emetics and blistering to “combat his excitable moods”. The King eventually ordered them out of his house but the Queen and Cabinet authorized the Willises to use forcible restraint again. After a month of seclusion, King George eventually threatened a “Royal Strike” (not signing any bills into law) until he was allowed to see his family. By 1804, the King’s health took a sudden turn for the worse but, when John Willis and his brother Robert came to see their patient, they found out that George had left orders ‘to prevent anyone of the Willis family from being placed about him.   Although another specialist in mental disorders was summoned instead, the King still ended up in a straitjacket (but not for long).

After Frances Willis died in 1807, Robert and John Willis continued to tend to the King but his condition steadily declined. By 1810, after the death of his favourite daughter, King George’s condition worsened to the point that Parliament passed an act making his eldest son, Prince George, his regent. Blind and almost completely incapacitated, King George III lived in seclusion until his death in 1820. Despite his illness, he had the second longest reign in British history (only his granddaughter Victoria and descendant Elizabeth II ever managed to rule longer).

Frances Willis’ Greatford Hall asylum was moved to a larger facility at Shillingthorpe Hall in 1833. Aside from a memorial to him at the local Greatford Church, he was largely forgotten until 1991 when Alan Bennett released a play titled The Madness of King George. Later made into an Academy award-winning movie with Ian Holm as Willis, the play and the film have done much to revive interest in Francis Willis. Despite the harshness of his methods, he was certainly a true pioneer of psychiatry. Whether his treatment helped the King to function through one of the most politically turbulent periods in British history is anybody’s guess.

Originally published by Providentia, by Romeo Vitelli, under the terms of a Creative Commons Attribution 3.0 Unported license.