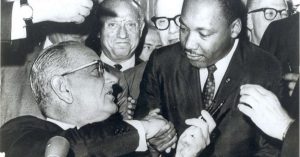 “There needs to be a new conversation about racism, in specific, and the system of white male privilege, in general.  While economic equality should be one aspect of this conversation, it should also include race, gender, and class.” (Photo: U.S. Embassy New Delhi/flickr/cc)

“It’s painful to acknowledge that most of what Dr. King complained about in 1967 remains true in 2017.” 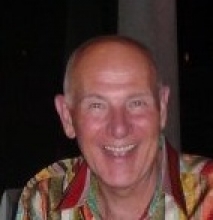 Fifty years ago Martin Luther King Jr. wrote his last book, “Where Do We Go From Here: Chaos or Community?” Reading it again, in the hate-filled Trump era, brings the painful recognition that in many regards the civil rights struggle has stagnated for decades.

Dr. King wrote the book a year before his assassination, at a time when his civil-rights initiative had entered a new phase.  After the 1955 Montgomery Bus Boycott, King founded the Southern Christian Leadership Conference (SCLC) and became a national presence.  After a series of successful protests, King led the 1963 “March on Washington for Jobs and Justice” and delivered his famous “I have a dream” speech.  In 1964, President Lyndon Johnson signed the Civil Rights Act.  In 1967 King led a march from Selma to Montgomery Alabama; the March 7th demonstration ended in violence on Selma’s Edmund Pettus Bridge.  During this period King changed his focus from civil rights, in general, to concrete objectives, such as jobs and housing.  (King also spoke in opposition to the Vietnam War.)

In “Where Do We Go From Here,” King distinguishes two phases of the civil-rights movement.  The first was the broad recognition of the humanity of Negroes; the second was the accomplishment of true equality.  “For the vast majority of white Americans, the past decade — the first phase — had been a struggle to treat the Negro with a degree of decency, not of equality… When Negroes looked for the second phase, the realization of equality, they found that many of their white allies had quietly disappeared.”

King recognized “the magnitude of the gap between existing realities and the goal of equality.” “When the Constitution was written [it] declared that the Negro was 60 percent of a person.  Today another curious formula seems to declare he is 50 percent of a person.  Of the good things in life he has approximately one-half those of whites; of the bad he has twice those of whites.  Thus, half of all Negroes live in substandard housing, and Negroes half half the income of whites… There are twice as many unemployed.  The rate of infant mortality… among Negroes is double that of whites.”

It’s painful to acknowledge that most of what Dr. King complained about in 1967 remains true in 2017. Writing in The Guardian British journalist Gary Younge observed:

“The battle lines in America’s struggle against racism and white supremacy are become increasingly clear to a degree not seen since the 60s…The codified obstacles to freedom and equality have been removed, but the legacy of those obstacles and the system that produced them remains. Black Americans are far more likely than white people to be stopped, frisked, arrested, jailed, shot and executed by the state, while the racial gaps in unemployment are the same as 40 years ago, the racial disparity in wealth and income is worse than 50 years ago.” Younge concluded: “[People of color] have the right to eat in any restaurant they wish; the trouble is, many can’t afford what’s on the menu.”

What happened?  Why has it proved so difficult to provide true equality?

Dr. King recognized that the civil-rights movement had only transitory unity: “Up to Selma there had been unity to eliminate barbaric conduct.  Beyond it the unity had to be based on the fulfillment of equality and in the absence of agreement the paths began inexorably to move apart.”

Most activists agree with King’s analysis.  There are several explanations for the failure to provide true equality.  Some say it was due to King’s assassination in 1968.  Others note that the white allies King expected to help in the fight for economic equality instead shifted their focus to the Vietnam War.

But there is another explanation: Dr. King’s white allies shied away from a direct confrontation with the larger system of white male privilege; a system that incorporates racism, sexism, homophobia, classism, anti-semitism and dominionism.  (In essence, white male privilege is the notion that straight white Anglo-Saxon men should dominate the social order because that is the “natural” hierarchy.)

As a consequence, fifty years after Dr. King wrote “Where Do We Go From Here,” the United States remains a segregated society.  Writing on “self-segregation“, Robert Jones observes there is an absence of “integrated social networks… fully three-quarters (75 percent) of whites have entirely white social networks without any minority presence.”  (This segregation is particularly true of Trump supporters; a March 2016 New York Times article noted that “One of the strongest predictors of Trump support is the proportion of the population that is native-born. Relatively few people in the places where Trump is strong are immigrants.”)

Dr. King foresaw that the United States needed to choose between “chaos or community.”  In 2017 we seem closer to chaos than we do community.  But that doesn’t mean there is no hope of achieving the truly democratic society that King dreamed of.

There needs to be a new conversation about racism, in specific, and the system of white male privilege, in general.  While economic equality should be one aspect of this conversation, it should also include race, gender, and class.  Liberals need to restart phase two of King’s civil-rights struggle.  Fifty years is too long a time to wait to fulfill Martin Luther King Junior’s dream.