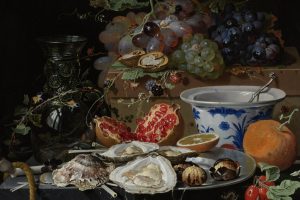 Medieval people took the idea that the food they consumed could influence their sex lives far more seriously than we do today. 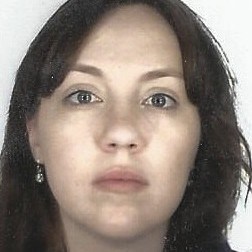 The idea that food and sex are somehow connected is deeply entrenched in contemporary western culture, and one of its most common manifestations is the idea that certain foods and drinks have aphrodisiac properties. Articles on food and drink with aphrodisiac properties are a common feature in newspapers and magazines,  and even the BBC Good Food website includes a collection of aphrodisaic recipes. Such articles are usually presented in a light-hearted manner, and most readers will assume that their claims are based on pseudo-science. Medieval people took the idea that the food they consumed could influence their sex lives far more seriously. 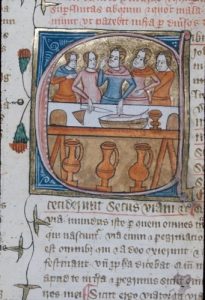 According to medieval medical theory, food and drink was one of the six non-natural things on which health was thought to depend. Consequently, eating and drinking were believed to have a direct impact on individual health and well-being: a poor diet would cause illness, and a patient might be restored to health by changes to his or her diet. Food and drink could also solve sexual problems, including impotence and infertility, and medical texts from the later Middle Ages provide a wealth of food-based sexual advice for the medieval man.

One of our key sources for medieval ideas about human sexuality is the Islamic scholar Constantine the African. A prolific translator of Arabic medieval texts into Latin, he settled in Salerno (an important centre of medical learning). Constantine eventually converted to Christianity, ending his days as a monk at the Benedictine abbey of Montecassino. Amongst his many works is De Coitu, a tract on human fertility and intercourse, which includes a substantial section on ‘foods and herbs which provoke desire’, in which he explains,

which foods produce or suppress semen, which stimulate or prevent desire, which generate semen and incite to intercourse, which dry up and diminish semen; so that men may abstain from or take foods contrary to their condition.

Medieval doctors believed that semen was a processed form of blood, and ultimately derived from food. Constantine identifies three types of food which are particularly conducive to the production of semen: very nourishing foods, foods which are particularly windy, and foods which are warm and moist. Only one foodstuff combined all three properties: chickpeas, the ultimate medieval aphrodisiac. But many other foods had at least one of these three qualities, and would ‘generate semen and draw it out’, including fresh meat, brains, egg yolks, pepper and wine. On the other hand, cold foods such as cucumber, melon, lettuce and fish were believed to ‘impede, repress and thicken semen and extinguish lust’. 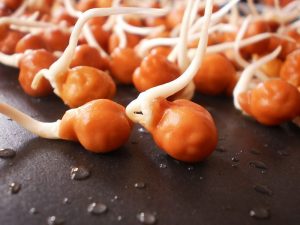 Based on this knowledge, medical practitioners devised numerous aphrodisiac recipes, which they included in handbooks and regimens as a cure for sexual difficulties. Constantine’s tract included several recipes which he claimed to have used successfully to treat impotent men. Most of these made use of standard (and relatively palatable) foodstuffs, such as cloves in milk and blueberry juice, but others required more unusual ingredients, such as the brains of thirty male sparrows and the grease surrounding the kidneys of a freshly-killed billy goat. Moses Maimonides (a Spanish-born Jewish physician and medical writer active in the twelfth century) recorded his success with a cake which included fifty brains of birds and doves, twenty yolks of birds’ eggs, the juice of pounded and crushed lamb’s meat, the juice of roasted onions, carrot juice, and a substantial amount of butter. This cake (which was meant to be accompanied by sweet wine) was allegedly pleasant-tasting; more importantly, ‘the one for whom I composed it told me that he found a great effect therein.’

And if food could be an aphrodisiac, it could also be used as an anaphrodisiac by men (perhaps particularly clergymen) who wished to avoid sexual intercourse. Constantine recommended that rue could be drunk ‘to dry out the sperm and kill the desire for intercourse’- although it would have the opposite effect on women, for whom this herb was an aphrodisiac. Peter of Spain (the only practicing physician ever to become pope) also recommended rue. Alternatively one could drink juice of water-lilies for forty days. Maino de Maineri (a fourteenth-century physician whose employers included two bishops) included advice on anaphrodisiacs in his Regimen Sanitatis: a man who wished to avoid the production of semen and repress lust should make use of ‘things which are cold, such as lentils and lentil water cooled with cauliflower seeds and water-lily and lettuce seeds and lettuce water, strongly vinegary, and also seeds of purslane.

The belief that human sexuality and food consumption were intimately connected persisted into the early modern period. And even once the scientific beliefs which underpinned the association were demolished, the cultural connection survived – a connection which retailers and journalists continue to exploit.