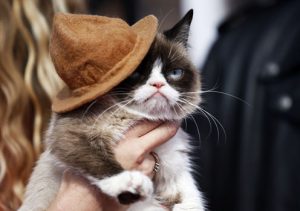 If you’ve ever heard the Baha Men’s 2000 hit “Who Let the Dogs Out,” you probably have also experienced its somewhat-annoying-but-very-catchy hook being stuck in your head for several hours.

As you went about your day quietly humming it, perhaps someone else heard you and complained minutes later that you’d gotten the tune stuck in their head. The song’s hook seems to have the ability to jump from one brain to another. And perhaps, to jump from the web browser you are using right now to your brain. In fact, you may be singing the hook to yourself right now.

I just want to sing “who let the dogs out” everytime I see a snapchat dog filter selfie.

Something similar happens on the internet when things go viral – seeming to follow no rhyme or reason, people are compelled to like, share, retweet or participate in things online. 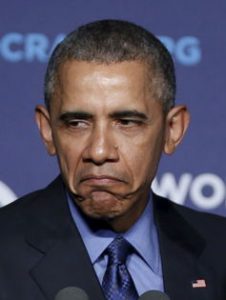 For example, Grumpy Cat’s photo was shared so many times online that it went on to receive the “single greatest internet achievement of the year” in 2013. The owner of Grumpy Cat (whose real name is Tardar Sauce) has said she did not know the cat’s photo, originally posted to Reddit, would be anything special.

Out of the blue, some social media challenges take off to such an extent that people seem powerless to ignore them. In 2014, more than 3 million people mentioned and shared #IceBucketChallenge videos in less than three weeks. After going viral, the challenge raised more than US$100 million for the ALS Association.

In other instances, however, digital media languishes. Funny cat photos and #XYZChallenges go ignored, unshared and without retweets.

Why, and how, are we compelled to repeat and share certain cultural elements like songs, videos, words and pictures? Is it just the luck of the draw and the pity of internet strangers? The reason may have less to do with random chance and more to do with a controversial field called memetics, which focuses on how little bits of culture spread among us.

As the director of Drake University Law School’s Intellectual Property Law Center, I’ve studied memetics and its relationship to viral media. It’s hard to ignore the connection between memetics and the question of what makes certain media get shared and repeated millions of times. Companies and individuals would be well-served to understand whether there is actually a science to going viral and how to use that science in campaigns.

Idea of ‘memes’ is based on genes

The term “memetics” was first proposed by evolutionary biologist Richard Dawkins in his popular 1976 book “The Selfish Gene.” He offered a theory regarding how cultural information evolves and is transmitted from person to person.

In the way a gene is a discrete packet of hereditary information, the idea is that a meme is a similar packet of cultural information. According to Dawkins, when one person imitates another, a meme is passed to the imitator, similar to the way blue eyes are passed from parents to children through genes. 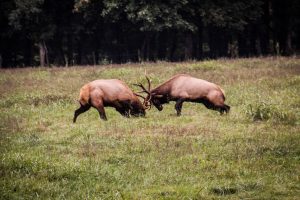 Like male elk battling for supremacy, memes also fight to be on top. Jake Bellucci

Memetics borrows from the theory of Darwinian evolution. It suggests that memes compete, reproduce and evolve just as genes do. Only the strongest survive. So memes fiercely vie for space and advantages in our brains and behaviors. The ones that succeed through widespread imitation have best evolved for repetition and communication. A meme is not controllable by any one individual – many people can simultaneously serve as hosts for it.

It can be difficult to further explain what might fall under the heading of “meme.” Commonly, however, scientists note a meme may be a phrase, catchy jingle, or behavior. Dawkins hesitated to strictly define the term, but he noted that tunes, ideas, catch-phrases, clothes fashions, and ways of making pots or building arches could all be memes. Memetics suggests that memes have existed for as long as human beings have been on the planet.

One common illustration is the spoked wheel meme. According to philosopher Daniel C. Dennett:

The first person whose brain transported the spoked wheel meme builds one spoke-wheeled wagon. Others will see this first wagon, replicate the same meme, and continue to build more wagons until there are hundreds, thousands, or millions of wagons with spoked wheels. In the earliest days of human existence, such a meme could replicate quickly in a universe where alternatives were few and far between.

Memetics is about more than just what makes a thing popular. The strongest memes – those that replicate in the most minds – are the ones responsible for creating human culture. 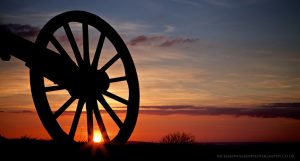 A strong meme is going to go places. Richard Walker

Today, the internet meme (what most people now just call a meme) is a piece of media that is copied and quickly spread online. One of the first uses of the internet meme idea arose in 1994, when Mike Godwin, an American attorney and internet law expert, used the word “meme” to characterize the rapid spread of ideas online. He had noticed that, in disparate newsgroups and virtual communities, certain posters were labeled as “similar to the Nazis” or “Hitler-like” when they made unpopular comments. Godwin dubbed this the Nazi-comparison meme. It would pop up again and again, in different kinds of discussions with posters from around the world, and Godwin marveled at the meme’s “peculiar resilience.”

More than 20 years later, the word “meme” has become a regular part of our lexicon, and has been used to describe everything from the Ermahgerd Girl to Crying Jordan to Gangnam Style.

Around the world, people constantly receive thousands of photos, videos and other messages. Determining which of these items captures the most attention could translate into significant advantages for digital content creators.

What causes one meme to replicate more successfully than another? Some researchers say that memes develop characteristics called “Good Tricks” to provide them with competitive advantages, including:

First, if a meme is genuinely useful to humans, it is more likely to spread. Spoked-wheel wagons will replicate quickly because early humans need to transport lots of freight easily. Second, memes that are easy to copy have a competitive advantage over those that aren’t – a catchy hook like “WHO LET THE DOGS OUT” is easier to replicate than the lines to U2’s “Numb” (called one of the toughest pop songs to understand). Third, memes that answer pressing questions are likely to replicate. Peruse any bookstore aisle and you will find numerous books about finding your purpose, figuring out the meaning of life, or losing weight quickly and effectively – all topics of immense interest to many people.

Memetics suggests that there are real benefits to pairing a strong meme (using Dawkins’ original definition) with digital and other content. If there is a scientific explanation for strong replication, marketing and advertising strategies coupled with strong memes can unlock the share-and-repeat secrets of viral media.

The answer to such secrets may be found in songs like “WHO LET THE DOGS OUT? WHO-WHO-WHO-WHO-WHO?” Are you humming it yet?