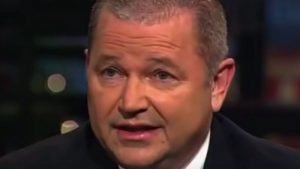 Government representatives gathering with a “Who’s Who of Crazy Town” convention. 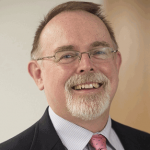 Missouri Attorney General Josh Hawley and Secretary of State Jay Ashcroft are among the “special guests” whose participation is being used to promote an event this week organized by the Missouri arm of Christian nationalist David Lane’s American Renewal Project.  Also listed on the invitation as a “special guest” is right-wing author and pundit Eric Metaxas.

Christian Broadcasting Network’s David Brody, who has long been a cheerleader for Lane’s efforts, is among the invited speakers, which also include:

According to a local Baptist publication, “historian” David Barton and conservative pastor Laurence White will also be featured.

The event, which will be held Thursday and Friday at a Doubletree Hotel in Chesterfield, outside St. Louis, is one in a long series of “Pastors and Pews” events that Lane has been organizing since the mid-1990s to connect conservative politicians with evangelical pastors whom he hopes will encourage their congregations to become more politically active.

Lane offers the events, including meals and lodging, free to pastors and their wives, thanks to funding from deep-pocketed conservatives like the fracking billionaire Wilks brothers, who have funneled foundation money into Lane’s operations through the American Family Association.

Lane says “tens of thousands” of church leaders have attended his events over the years; one report says “more than 600 pastors and their wives from every denomination and every corner of Missouri” are expected to attend this week’s event.

Lane is also offering an Issachar Training session on Thursday for pastors who are considering running for public office. Lane believes that pastors who run for office can count on engaging many of their congregants as volunteers who will have an impact that will help other conservative candidates on the ballot. Lane says he hopes to recruit 1,000 pastors to run for office in 2018, a goal he announced but did not reach in 2016.

Lane is an intensely anti-LGBTQ activist who has denounced “wicked” pro-equality Republicans. He is an ardent Christian nationalist who demands that the Bible be made the principal textbook in the public schools. He once warned that “homosexuals praying at the Inauguration” in 2012 would cause “car bombs in Los Angeles, Washington D.C. and Des Moines, Iowa” as a sign of God’s judgment. He calls for the impeachment of judges who support legal equality for LGBTQ people.

Lane views politics as spiritual warfare that is necessary to return the United States to its mission and covenant with God to advance the Christian faith, and he believes “Christians must be retrained to war for the soul of America and quit believing the fabricated whopper of the ‘Separation of Church and State,’ the lie repeated ad nauseum by the left and liberals to keep Christian America—the moral majority—from imposing moral government on pagan public schools, pagan higher learning, and pagan media…” A few years ago, he wrote:

America was a Christian nation. The Mayflower Compact declared, “In the name of God, Amen. We whose names are underwritten, having undertaken – for the glory of God, and the advancement of the Christian faith…”

Let’s decide if America is a Christian nation or a pagan nation – and get on with it; the sooner the better.

On the eve of 2016, Lane wrote in Charisma, “It looks as if America has come to her kairos, her moment in time—to be faithful to Jesus or to pagan secularism.”

This January, echoing Trump’s attacks on CNN, Lane slammed the network for its New Years’ Eve coverage, complaining that hosts Andy Cohen and Anderson Cooper are “both homosexuals.” Unhappy that Randi Kaye “passed around a ‘joint’ with young people in Denver,” Lane declared that  “CNN has forfeited its right to broadcast.” More from his January email:

America was seduced in the last half century, not by the Communists, but by Secularism. Unelected and unaccountable judges have nullified a once Biblically-based public education and culture. CNN is a co-conspirator to the mortal sin affecting America. As a result of secularists replacing a Biblically-based culture with Secularism, George Washington, John Adams, Thomas Jefferson, Robert E. Lee, et al., are no longer advanced as patriots, but decried as backward racists. Their stature is disparaged by fanatical anarchists, such as Black Lives Matter, who deal in the currency of brutality and dissension. Perversion and cultural deterioration are now abetted by spiritually antagonistic network executives and media elites.

Lane was one of President Trump’s Religious Right boosters on the campaign trail, with CBN’s Brody reporting last summer that Lane had raised nearly $10 million to turn out the vote in evangelical churches. Lane told pastors before the 2016 election that Trump could be “one of the top four presidents in American history.” That August, Trump appeared at one of Lane’s “Rediscovering God in America” events in Orlando, Florida.

Lane has also partnered with dominionist “apostles” and “prophets” to host a series of political prayer rallies with Republican governors and one held in Cleveland before the 2016 Republican National Convention.