On May 5, 1919, an estimated 2,500 attendees descended on New York City’s Carnegie Hall for the National Conference on Lynching. Organized by the NAACP, the gathering was interracial, interregional, and bipartisan—speakers included 1916 Republican presidential nominee Charles Evans Hughes and a former Democratic governor of Alabama. Perhaps nothing highlighted the NAACP’s commitment to a broad anti-lynching coalition than their partnership with the Mississippi Welfare League, a public relations scheme bankrolled by white elites who hoped to stem the out-migration of black labor. On the conference’s second day, the League’s nominal head, Jack C. Wilson, presided over the meeting. He was pleased, Wilson announced, by the lack of “radicalism” at the gathering, and he maintained that white southerners could oppose lynching and “social equality” with the same vigor.

William Pickens was having none of it. The Yale-educated son of formerly enslaved South Carolinians, Pickens used his time at the lectern to eviscerate the white supremacist approach to curbing mob violence. “The good man is in error who thinks he can endorse disfranchisement and segregation and ‘Jim Crow-ism,’ and still successfully oppose the mob,” Pickens warned. “Mob members may be ignorant in some ways, but they are too severely logical to overlook an inconsistency like that.” In an even bolder swipe at the business-minded southern conservatives whom his NAACP colleagues had welcomed into the anti-lynching fold, Pickens quipped, “Southern people did not realize that so many laborers would be lost by the mere killing of a few [N]egroes each year.”1 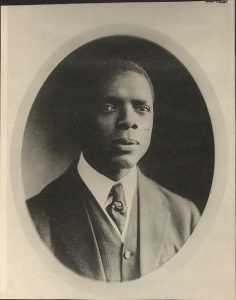 Williams Pickens (courtesy of the Library of Congress)

For Pickens, mob violence—and halfhearted attempts to curb it—followed a brutal economic logic. The massacre of more than two hundred black farmers in the Arkansas Delta, just five months after the lynching conference, confirmed Pickens’ grim thesis that lynching fueled racial capitalism. “Lynching and mob violence are only methods of economic repression,” he argued in a 1921 pamphlet published by the fledgling American Civil Liberties Union. “To attack lynching without attacking this system is like trying to be rid of the phenomena of smoke and heat without disturbing the basic fire.”2

Pickens’ pamphlet, “Lynching and Debt Slavery,” provided a thread that helped me stitch together three generations of racial violence in a rural Mississippi county. In Clarke County, in 1918 and again in 1942, white vigilantes hanged African American men and women from a local river bridge for alleged crimes against whites. Yet deeper, daring investigations by activists and journalists bore out Pickens’ claim that “if we examined even the most complicated, of these ‘race’ troubles, we will find some economic wrong at the bottom, some trouble about wages or work or property.”3

Theories are useful, but stories flesh out these skeletons and ground them in places and people. Pickens, a tireless NAACP organizer and brilliant orator whose biographer argues “came into more direct contact with the Negro masses than any other black leader of his time,” was neither an aloof academic or a rigid ideologue. He meant what he said, and he dared both his contemporaries and future generations of historians to dig deeper and prove him wrong.4 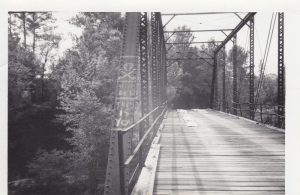 Most certainly, Pickens had encountered reports of the quadruple lynching of two brothers and two pregnant sisters in Shubuta, Mississippi, in December 1918. The lynchings, personally investigated by Pickens’ colleague and future NAACP executive secretary Walter White, provided a gory climax to the Association’s landmark 1919 report, Thirty Years of Lynching, 1888-1918. The light-skinned White, who had posed as white traveling salesman to infiltrate Shubuta, submitted a blistering five-page report, which indicated that a philandering alcoholic white employer had impregnated two black domestics before turning up dead. Local authorities pinned the murder on two black farmhands, who allegedly plotted with the two black domestics to assassinate their boss. White newspapers faithfully followed that narrative, alluding to some unnamed “trouble” between the “respectable white citizen” and his black employees.

Ironically, perhaps in an attempt to divert attention from the murdered man’s sexual exploits, the wealthiest white man in Shubuta inadvertently confirmed Pickens’ debt-slavery argument. In a letter penned for a local newspaper, the merchant claimed that a dispute over back wages sparked the murder plot. Maggie Howze, he suggested, had purchased a sewing machine on credit, possibly to claim a measure of independence from a lecherous employer, but her boss “took on” the debt and docked her wages fifty cents per week to pay it off. When she quit suddenly, for reasons apparently unfit to print, he withheld the back pay and, presumably, the sewing machine. That dispute, Shubuta’s wealthiest merchant explained, was sufficient to set a “diabolical” plot into motion.

In his attempt to salvage his town’s good name, the white merchant tacitly admitted that credit was a “cunningly contrived debt slavery,” in Pickens’ words, that white landlords and bosses could wield with impunity. Moments of crisis, like a wartime disruption, threatened this system. When white vigilantes hanged two more victims, adolescent black boys, from Shubuta’s Hanging Bridge in October 1942, economic anxieties simmered just below the surface. Local authorities had charged the boys with attempted rape of a local white girl, but an undercover investigator discovered that wartime prosperity and black mobility had primed whites for a backlash.

William Pickens did not have to look further than Mississippi’s Hanging Bridge to prove his “debt-slavery” thesis. For Shubuta, Mississippi, a community where white supremacists had lynched half a dozen black men and women over half a century, the early years of the civil rights revolution passed with relatively little overt violence. In the wake of the Voting Rights Act of 1965, a third of Clarke County’s black adult population registered in the span of a few weeks without incident. Scattered sit-ins and demonstrations resulted in threats, scuffles, and a few burned crosses. Yet when local black residents marched to rally support for an economic boycott of white merchants in the summer of 1966, policemen and local vigilantes attacked demonstrators in broad daylight. Civil rights activist and Methodist minister J.C. Killingsworth, a marcher recalled, “looked like a butchered hog.” Later that evening, as another civil rights leader sat in a county jail cell, an angry crowd formed outside. Local authorities transferred him to a neighboring county for his safety. 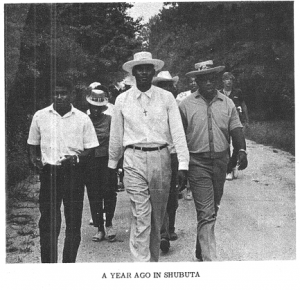 Courtesy of the Southern Courier

Across three generations, racial violence in Shubuta, Mississippi, bore out Pickens’s warning that “lynching is most prevalent where Negro labor is most exploited; and the spread of mob violence against colored people has followed the spread of this exploitation.” Time and again, whites in the town with the Hanging Bridge attempted to thwart African Americans’ economic and social progress through mob violence. In each incident, black men’s and women’s attempts to exert autonomy and disrupt a system that relegated them to the bottom rungs of the economic ladder set in motion murderous anxieties and fierce retribution. Those who fled North—and black people abandoned Clarke County in record rates—encountered first-hand the exploitation and resentment that Pickens realized was not a southern pathology but an American problem.

Those who remained in Shubuta, Mississippi, recognized that a civil rights revolution that failed to confront the fundamental violence and dogged persistence of Jim Crow economics was no revolution at all. Caroline Buxton Thomas’s mother, a local schoolteacher, crossed the Hanging Bridge every day on her way to a one-room schoolhouse—including the morning after the 1942 lynching. “Things hasn’t improved much along the line of racism,” Thomas concluded in 2010. “Without education, money, and jobs [it] will never come full circle.”5