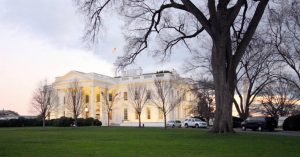 According to the Washington Post, which first reported on the agreements, White House staffers saw the documents as legally non-binding as well, but signed them to appease Trump.

“Some balked at first but, pressed by then-Chief of Staff Reince Priebus and the White House Counsel’s Office, ultimately complied, concluding that the agreements would likely not be enforceable in any event,” wrote Ruth Marcus on Sunday.

The NDAs were distributed in the early months of the Trump administration, after the president grew furious over information leaking from the White House via anonymous sources.

Draft documents noted that violators would be subject to penalties of $10 million if they spoke about any “nonpublic information” they gained access to during their time working in the White House—even if they waited until the end of Trump’s presidency to share the information, and even if they wrote a fictional account containing “any mention of the operations of the White House, federal agencies, foreign governments, or other entities interacting with the United States Government that is based on confidential information.”

“This is crazy,” attorney Debra Katz, who has represented government whistleblowers, told the Post. “The idea of having some kind of economic penalty is an outrageous effort to limit and chill speech. Once again, this president believes employees owe him a personal duty of loyalty, when their duty of loyalty is to the institution.”