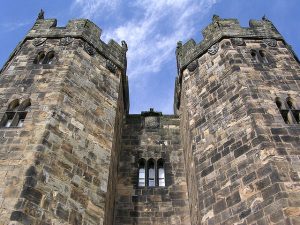 The notion that modern democracy has medieval roots was forcefully formulated by the Prussian historian Otto Hintze. 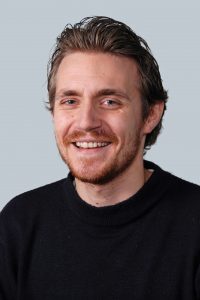 Madame de Staël famously observed that in France liberty is ancient and despotism is modern. The sentiment behind this observation has been echoed by a large body of scholarship that has identified the roots of key aspects of modern representative democracy in medieval political institutions. Most important on the list is the medieval development of representative institutions. As it is frequently pointed out, the most famous modern parliament – the English one convening in Westminster – can be traced in unbroken line to the parliament that arose under Plantagenet kings in the 13th and 14th centuries.

The notion that modern democracy has medieval roots was forcefully formulated by the Prussian historian Otto Hintze in a series of essay written from 1929 to 1931. Hintze went so far as to argue that the absolutism that swept away constitutionalism over much of Latin Christendom following the 16th century military revolution was in fact only a temporary aberration from a development which led from medieval parliaments to modern, representative democracy. More recently, Brian M. Downing has been almost as vocal. He argues that modern democracy evolved straight from what he terms “medieval constitutionalism” in the instances where early modern absolutism did not sweep away these medieval institutions (say, in England).

Most of us would probably find Hintze’s and Downing’s direct link between medieval institutions and modern democracy untenable. Genuine democratisation is a feature of the late 19th and early 20th century, and it presupposed the removal of a series of political privileges of medieval origins. For instance, the medieval representative institutions had only catered to select elite interests and the introduction of equal and universal suffrage required mass pressure from below aimed at tearing down the old notions of political hierarchy in favor of new notions of political equality. In this sense, modern representative democracy required the great broom which – in Karl Marx’s famous phrase – swept away the medieval trash.

Nonetheless, we can still make the case that this this subsequent democratization was easier against the backdrop of medieval constitutional institutions than it would otherwise have been. There are at least two reasons for this. First, as the late Robert A. Dahl observed in Democracy and Its Critics, when the modern forces behind democratization built up steam, “the design for a ‘representative’ legislature did not have to be spun from gossamer fibers of abstract democratic ideas; concrete legislatures and representatives, undemocratic though they were, already existed”. Second, out of the medieval chrysalis emerged a society with quasi-independent social domains in which newly emerging groups could find niches within which to organize, thereby paving the way for the vibrant civil societies that came to characterize especially Western Europe. This furthered the ability of these groups to fight for their own enfranchisement once democratization began to build up steam.

One reason why these positive effects have been ignored is that most prior scholarship on the development of the modern state has been Eurocentric in the sense that it is variation within Europe that has been addressed. This, for instance, is the case in both of the above-mentioned analyses by Downing and Ertman – but it also characterizes most of the more general ‘bellicist’ work on the relationship between war-making and state-making, including the seminal work of Charles Tilly. However, as all of Western and Central Europe embarked on modern state-building against the backdrop of the medieval institutions this is a sure recipe for emphasizing the blocking aspects of the medieval legacy at the expense of the facilitating aspects.

The proper way to appreciate the effects of the medieval legacy is by comparing processes of state-building in cases with and without this legacy. Perhaps the most intuitively interesting comparative contrast is Russia. In the Russian case state-building was sparked by the very same factor that spurred state-building in the rest of Europe, namely the geopolitical pressure that had become a ubiquitous feature of the European multi-state system after 1500. A closer look at the Russian state-building shows just how difficult it is to establish bureaucratic institutions top-down by unconstrained rulers in the absence of existing “transmission belts” for authority. Not only where there no extant institutions of self-government to base local government structures on, even the central institutions established by czars such as Peter the Great were constantly undermined because reel power subsided not in formal institutions but in patron-client networks centered on the czar. In this sense, Russia serves to put in relief some of the facilitating aspects of medieval institutions of constraints for the later development of bureaucratic institutions.

The study of the medieval foundations has received renewed attention by social scientists in the latest decades. Most important is probably the ambitious research agenda of Daron Acemoglu and James Robinson which, at least tacitly, rests on the assumption that medieval “institutions of constraints” – whether they arose endogenously or were transplanted during colonialisation processes – have facilitated modern democratisation and modern economic growth. A next step for this research agenda is to, in a more detailed manner, analyse the importance of these medieval institutions for state-building. If we wish to understand which lessons can be derived from the European development of modern democracy, the modern state, and the modern market economy we need to understand both blocking and facilitating aspects of the legacy bequeathed by medieval institutions. Only thus can we derive lessons from the European development, which might then serve to shed some new light on ongoing processes of political change and state-building elsewhere.