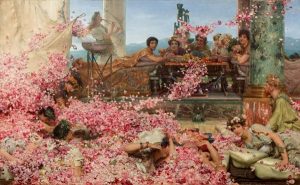 Ancient Rome featured a myriad of, what could be understood, both then and now, as experiences that transcended sex and gender norms. 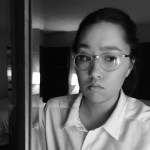 The ancient Roman satirist Lucian describes an exchange between two courtesans, wherein one of the women repeatedly characterizes her lover as being “terribly like a man.” She describes their flourishing romance, and muses that her lover might be “equipped both as a man and a woman, as many people are said to be.” She says that her lover claims to be “born a woman,” but has “the mind and the desires and everything else of a man.” The interplay of sex, gender and sexuality in Lucian’s story seems to confuse modern notions of biology, identity, and orientation.

Ancient Rome featured a myriad of, what could be understood, both then and now, as experiences that transcended sex and gender norms. However, male-centered Roman society encouraged the marginalization and sensationalization of (trans)feminine expressions, identities, and non-binary sex assignments. These gender dynamics circumscribed romantic and sexual experience, and constituted both political and religious performances of power.

The amorphousness of female same-sex sexuality in Roman society is well illustrated in the story of Iphis and Ianthe by the Roman poet Ovid. Iphis is born female but raised as a boy by her mother because her father wants a son. Then, Iphis’ parents arrange for her to marry a girl named Ianthe; the pair falls in love. Iphis’ mother prays to the goddess Isis for a miracle. Her prayers are answered and Iphis is transformed into a young man. In a juxtaposition of biological and social constructions of sexual morality, this story succeeds as one about sibling incest. While the siblings’ heterosexuality is biologically ‘valid’, their love is condemned by society. Meanwhile, Iphis and Ianthe’s love is merely biologically ‘incompatible’. The couple’s happy ending is, thus, achieved through divine intervention, not through a subversion of Roman social mores.

In contrast to the elevation, in status and legitimacy, granted by masculinization or female-to-male transsexuality, sexual passivity and feminine presentation have long been stigmatized in the historiography. For instance, the famed historian Edward Gibbon described the way Roman emperor Elagabalus “abandoned [herself] to the grossest of pleasures … [and] affected to copy the dress and manners of the female sex.” In addition to depilating and wearing cosmetics, reports also claimed that Elagabalus identified as a woman—referring to herself as a “lady,” “queen,” “wife,” and “mistress,” as well as requesting to be equipped with female genitalia by her physicians. Despite Gibbon’s own antiquated social mores, as a man writing in the late eighteenth century, he conceded that reports of Elagabalus’ “vices and follies” may have been “blackened by prejudice,” such that political enemies may have taken revenge by conjuring the false image of a feminized and “deviant” tyrant. 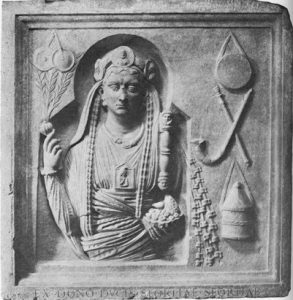 Various Roman emperors’ feminine expressions were vilified and their sexually transgressive behavior was often interpreted as immoral. These queer performances and identities, “may have [also] been carefully calculated to communicate to Roman audiences the transcendent position and power of the emperor.” The emperor Commodus was alleged to have dyed his hair, sprinkled it with gold dust, and “dressed as a woman” for combat and visits to the amphitheater. He was also said to have proudly inscribed his Colossus remodel (himself as Hercules) with the epithet “Effeminatus.” Likewise, a statue of Marcus Aurelius was refashioned with the body of a woman. Such gender-bending imagery, and the flouting gendered conceptions of the body, may have demonstrated a likeness with or devotion to the gods.

Indeed, the practices of eunuch priests of the goddess Cybele (Galli) were integrated into Rome’s state religion. In their initiation ritual, a novice was obligated to shed his masculine attire, “castrate himself with a sword and then [run] through town with genitals in hand […] toss them into a house chosen at random, whose residents would be obligated to dress him in female attire.” This violent tradition conveyed religious devotion through the violation of sex and gender norms. 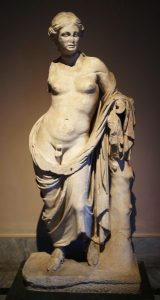 Similarly, sexed dichotomy occurred in Roman painting and sculpture of deities. Hermaphroditism, though pejorative in modern connotations (and not the same as intersexuality), found root in religious idolatry. The gods Hermaphroditus and Aphroditos had both male and female anatomy—Hermaphroditus as a result of being merged with a water nymph, while Aphroditos was a male Aphrodite. Indeed, in some depictions, Aphroditos had a beard, male genitalia, and wore women’s clothes. Both his male and female followers cross-dressed. This merging of hermaphroditism and spirituality was also domesticated, as hermaphroditic statues were featured prominently in areas like the garden of the Roman home. Such imagery was deployed as a means of constructively expressing sexual tension within a familial setting.

However, individuals who were born outside of the binary social construction of biological sex were shunned. “The birth or discovery of hermaphrodites” (presumably intersex individuals) meant death “by fire or water.” And so, an irony emerged—the ‘intersexed’ bodies of deities enhanced their transcendent mysticism and could be emulated or approximated by the non-binary gender identities and expressions of their devotees, yet the birth of intersex individuals acted as bad omens and easy scapegoats. The biological manifestation of a sex that blurred and belied the gendered dichotomies of Roman society and social order was threatening. Ancient Romans’ transgressive gender performances remained circumscribed, reserved only for fiction and fantasy, spirituality and the state.