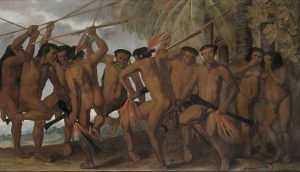 An adventurer who gave us the first account by an Englishman of early colonial Brazil. 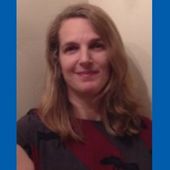 On a dark night late in 1592, a group of Englishmen was massacred on the island of São Sebastião, off the southeast coast of Brazil. Most had deserted the infamous English privateer Thomas Cavendish less than two weeks before in the hope they could find a living in Brazil. But this was not to be. A band of Portuguese and their allied Indians from Rio de Janeiro set upon them in the early hours: they were dragged to the shore, where their skulls were smashed with “fire brands”.

At the time, English subjects were considered enemies of Spain and Portugal, “heretic Lutherans” who were officially forbidden to set foot on the Iberian colonies in the New World. But Cavendish’s men were not innocent: only a couple of months earlier they had besieged towns, burned down mills and plundered villages along the Brazilian coast.

The massacre in São Sebastião would have remained unknown, had it not been for one who managed to survive and later write what would become the earliest extensive account of Brazil written by an Englishman. This man was Anthony Knivet, a young soldier from Norfolk with few scruples and a great desire for fortune.

Knivet would spend the next nine years living in Brazil – mostly in or around the incipient village of Rio de Janeiro – working as a drudge for the ruling Portuguese. After all, the only reason he escaped being killed in São Sebastião was his swift offer to trade information on the English in exchange for his life. This would be the first of many brushes with death that Knivet would experience in Brazil. He would also, while serving the Portuguese as a slaver, travel vast portions of a territory then virtually unknown by Europeans, encountering a myriad of native tribes, many of which would have been destroyed by the following century.

From the vantage point of an outsider, Knivet witnessed first-hand several aspects that characterised Brazilian colonial society in its very beginnings: the harsh life at the early sugar-mills – the “engenhos” – the multiracial settlements, the political disputes, the exploitation of labour and the violent expansion towards the unknown “interior”. Though we do not know exactly how he managed to finally extricate himself from the hands of the Portuguese, we know that he arrived back in England in 1601, and in 1625 the remarkable story of his adventures came out in print as The Admirable Adventures and Strange Fortunes of Master Antonie Knivet, who went with Master Thomas Candish to the South Sea, 1591. 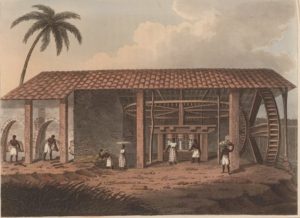 Published in a compendium of travel accounts, the Admirable Adventures had not attracted much sympathy or credence until recently, and remained mostly unknown to the broader public. It received its first single annotated edition in English only last year.

One reason for this lasting disregard may have been Knivet’s obscure background, his poor writing skills, together with allusions to mermaids and “glistening mountains”. Even his original editor, Samuel Purchas, was reticent about endorsing some of his descriptions. However, on close inspection and when verified against Portuguese documents, several events, names and descriptions in the narrative turn out to be surprisingly accurate.

Portrait of a survivor

Perhaps there is another aspect that has kept Knivet’s story obscure: in a seeming endless string of narrow escapes from death, Knivet emerges as someone whose only loyalty is to saving his own skin at any cost, even if it meant betraying the English, the Portuguese or the Indians. In the ruthless world of colonial disputes and bloody encounters, Knivet became a master of survival, a skillful improviser who aptly manipulated cultural tensions to his own advantage.

Knivet tells us how, after breaking off from an expedition along with 12 young Portuguese, he encounters a tribe of Tamoio living deep in the hinterland. Knowing of the enmity between Tamoio and Portuguese, Knivet aptly declares himself French before all his Portuguese companions are executed and ritually devoured. The ensuing year is spent living with the tribe until he convinces his hosts to engage in a mass migration to the coast in search of fisheries and French trading ships.

What Knivet tells his readers (but did not tell his hosts) is that he in fact longed to find a safe passage back to England. In truth, Knivet led the tribe straight to a notorious slave-trading post kept by the Portuguese on the coast. As a result, the last known tribe of Tamoio to have escaped Portuguese conquest in the 1550s was then either massacred or enslaved.

The Admirable Adventures renders the interplay between fact and fiction even more problematic as we deal with a narrator who can be disconcertingly frank while remaining unnervingly opaque. Apart from its fascinating glimpse into an under-documented time in colonial Brazil, Knivet’s account tells us a lot about the interplay of truth and fiction in early modern travel writing.