His Republic was purely allegorical, a thorough experiment on the meaning of justice.

No one reading Plato’s work Republic is likely to come away seeing it as a manifesto for libertarianism. However, it’s common to hear people claim that it is a blueprint for totalitarian collectivism.

As someone who is both a classical liberal and a philosopher who frequently teaches the Republic, I’d like to register a dissent from that interpretation. While he is no libertarian, Plato is not the proto-fascist some make him out to be, and indeed is making a number of points that are friendly to the interests of classical liberals.

This Is Metaphor, People 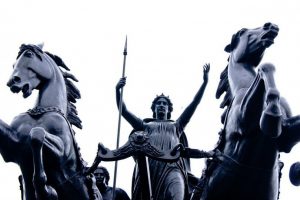 To begin with, Plato isn’t even engaged in utopian political theory in the first place. The purpose of talking about a city in the first place is metaphorical (“our city of words”). The dialogue is about justice as a human virtue. When Socrates is confronted with the question of whether the just life is the happy life, he suggests that we consider a just city first. This is a hypothetical city that is, by stipulation, perfectly just. He is well aware that no such cities exist, and says as much.

It’s a thought experiment: imagine we had a perfectly just city – what would have to be true of it in order for it to be just?  This will tell us something about the nature of justice, and thus give us insight into how to live.  The thought experiment is built on the analogy between how a city is organized and how a person’s character is organized.  Since “justice” is potentially a property both of societies and of individuals, the features of a just city that make it just would be features that, if we lived according to them, would make us just.

What’s one example? Well, a perfectly just city wouldn’t have terrible economic arrangements. As Ricardo would note centuries later, it’s better if we have a division of labor. Plato sensibly observes that if the various crafts are performed by people who are good at them and enjoy doing them, then (a) we’ll all be better off as a society, because we’ll have quality goods, and (b) we’ll all be better off individually, because people like what they do.  It couldn’t be a perfectly just city if half the people hated their jobs and resented the other half. It couldn’t be a perfectly just city if products were produced by people who didn’t know how to do them well.

There’s nothing contrary to liberalism about this observation. Where we get into trouble is if we ask, who will be in charge of making sure that every job in the city is being done by someone who has true knowledge of that job and the corresponding love of doing it?   But the problem only arises from assuming that this or that person could know that much (which classical liberals know is impossible), not that the point is false. 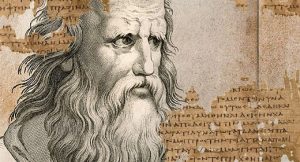 But Plato’s point is the analogy: just as the city functions best when everyone does the job he or she is best at and loves, an individual’s psyche functions best when each “part” is doing what it’s best suited for. The just city would be characterized by a lack of civil strife; the just person is someone whose passions are moderate, whose decision making is guided by reason. The fact that no one is wise enough to be in charge of the city is literally irrelevant to the analogy, since each individual really is capable of pursuing virtue and wisdom.

In general, all the features of the city half of the analogy that a classical liberal would find problematic are not deal-breakers for the psyche half of the analogy. Plato suggests that the ideal city would have rulers who truly know – and only care about – wisdom and justice.

In the real world, are we likely to have rulers like that?Of course not – and Plato says as much (“I think [this city] can be found nowhere on earth”). But we’re each perfectly capable of using reason to moderate our passions, to be people who seek wisdom and self-control.

The city needs to avoid civil war; the individual needs inner peace and harmony.  Are we likely to find rulers in the real world who can guarantee absolute political harmony?  Of course not – and Plato says as much. But it’s none the less true that we as individuals will be happier if we’re not consumed by unrestrained passions and riven with internal conflict. Indeed, this is Lawrence Reed’s point in his essay “Are We Good Enough For Liberty?” 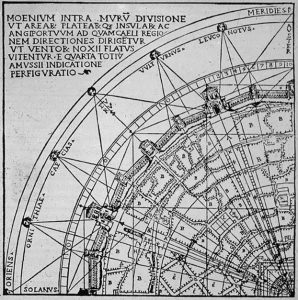 Vitruvius, Plan of an Ideal City

When Plato is making explicitly political points, they’re actually very insightful, and relevant to many arguments made by classical liberals. For example, in Book 8 of Republic, Plato argues that unrestrained majoritarian democracy is unjust and leads to tyranny. Like many classical liberals, I think this is correct, and indeed the argument anticipates many points Hayek would make in The Road to Serfdom.

In the “ideal city” thought experiment, Plato suggests the rulers and soldiers should not be allowed to accumulate wealth. The insight that underlies this should be very familiar to opponents of crony-capitalism: you should not be seeking political power in order to get rich.

Does any classical liberal believe that in the real world, our political leaders selflessly work only for the common good and aren’t remotely interested in enriching themselves?  If you want to get rich, start a business. Sure enough, this is Plato’s point. Excellence in the productive trades isn’t incompatible with wealth accumulation, because the incentives align. Since you love to bake and are an excellent baker, lots of people will buy your bread.  But the incentives do not align for political and military power. Unrealistic or not, it’s true that we do not want people seeking power just to get rich.

Not Liberal but Not Terrible Either

Let me be clear: Plato is not Ricardo or Locke or Hayek or Nozick. He was probably more optimistic about political authority than most classical liberals (including me). But it’s a mistake to characterize him as a proto-totalitarian on the basis of the “ideal city” thought experiment in the Republic, which is really an argument in individual moral philosophy. He is very explicit about the allegorical nature of the analogy, and his non-allegorical political observations, such as the dangers of unrestrained democracy, are mostly spot-on. It’s not helpful to classical liberalism to rail against a totalitarianism that isn’t there, especially when the ethical insights are both intrinsically worthwhile and relevant to the philosophy of freedom.

Again, Lawrence Reed: “What [the American] Founders were getting at is the notion that liberty is built upon the ability of a society to govern itself, without government intervention. This ability to self-govern is itself built upon—you guessed it—individual character.”  Plato’s observations about self-governance are more helpful to – and amenable to – classical liberalism than he is usually given credit for. We are more impoverished for dismissing Plato.