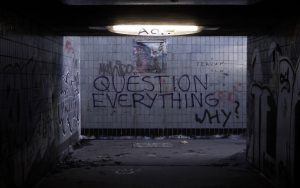 In 155BC, Carneades the Sceptic travelled to Rome to give an important speech to the Roman Senate. Carneades was the head of the Athenian Academy and the most dignified philosopher of his day. He was known as a brillant speaker with a whip-sharp mind and a mastery of sceptical techniques that was second to none. In Rome, there were mixed feelings about Carneades’ speech. Some people were concerned about Carneades’ brand of sceptical philosophy and the effect it might have on the Roman youth. Others, however, were curious to learn what Carnaedes had to offer. Greek scepticism was a mystery to the Romans, yet to immigrate across the Ionian Sea. Carnaedes was an ambassador from the land of skeptikos. Was this a land worth visiting?

Introducing Sceptic philosophy to the Romans was not Carneades’ main objective. Carneades came to Rome as a diplomat, tasked with convincing the Senate to reduce a fine that had been imposed on Athens for the invasion of Oropus. The Romans believed the fine was just, while the Athenians thought it was wildly inappropriate. Carneades had promised to take a sceptical approach to the debate, to see if it were possible to transform the way that both parties thought about things. To achieve this, he’d deliver two speeches in the course of two days, both on the topic of justice.

On the first day, Carneades wowed his audience with a stunning review of Platonic and Aristotelian arguments in favour of justice. Justice, Carneades declared, was the supreme virtue, the Archimedian point that should guide all thought and discussion. The Roman senators were impressed. That evening, there was much talk of Carneades’ oratorical power and persuasiveness. How would he top it on the second day, people wondered?

When Carneades turned up the next day, the Senate was packed with the best and brightest of Rome, ready to imbibe his wisdom. Carneades stood at the podium and calmly refuted everything that he’d said the day before. The senators listened aghast as the great philosopher enumerated the virtues of injustice, which Carneades presented as a natural law that any reasonable person should adhere to. He wound up with some practical advice for the senators. ‘Rome has won her empire by injustice both to gods and men’, Carneades declared. And such is the course that Rome should maintain. Heaven forbid that the capital should explore the virtues of justice. How foolish! Carnaedes claimed: ‘A policy of justice would make Rome again what she was originally – a miserable poverty-stricken village’.

To say that Carneades’ speech went down badly is an understatement. Carneades and his entourage were ejected from the city. Scepticism never set root in Rome and the Greeks, presumably, learned an important lesson: never enlist a philosopher in diplomatic work. 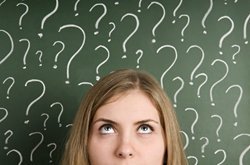 Scepticism is very much in vogue today. Bouyed by the efforts of an army of lobbyists, and a cash-strapped media keen to exploit controversial debates, the climate sceptic movement, in particular, has been extremely successful in popularising the sceptical attitude, which is widely perceived as the appropriate stance of struggling working and middle class folk (the ‘battlers’, as we say in Australia) towards the policies of perceived elites. On the other side of the debate (such as it is), we find scientists and progressive journalists struggling in vain to persuade the sceptical public that science is itself a sceptical enterprise; that it is driven forward through the process of disproving, or ‘falsifying’, the results of previous research, and thus that any consensus view (such as that expressed in the quadrennial report of the International Panel on Climate Change) is based on a firmer foundation than people might expect.

Today, we are all sceptics. Or are we? In the spirit of scepticism, I’d like to question this idea. The fact is, contemporary scepticism is timid compared to its ancient form. This should give us pause. We pride ourselves on being sceptics, but how sceptical are we really? Do we even know what it means to be a sceptic? If we don’t, how can we judge that we are being sceptical?

These are not idle questions. They strike at the superficiality of our sceptical age. What if our problem today were not that we are too sceptical, but that we are not sceptical enough? We need to take a lesson from the ancient Sceptics, for whom scepticism was more than just a posture and attitude, but a way of life.

Ancient scepticism had the goal of peace and tranquility. The Sceptics reflected on bodies of knowledge and the beliefs that people had about this knowledge. By questioning things most people accepted as true, they sought to reduce the noise and ‘mental pollution’ that ideas create in our minds. By picking apart bodies of knowledge and/or offering alternative explanations for how results have been produced, the Sceptics sought to discredit what is known and to cast it in doubt.

Contemporary climate sceptics excel at this activity. So too do scientific sceptics, who do a great job of continuing the work of their ancient forebears.

Carnaedes, however, would see most contemporary scepticism as a limited form of inquiry. The ancient Sceptics reflected on every topic. Contemporary sceptics, by contrast, tend to be highly selective in their topics. A climate sceptic, for example, will subject climate science to a vehement critique, but show little or no interest in criticising other forms of scientific inquiry, like medicine or aeronautical engineering. Selective scepticism also prevails in the academic profession. A climate researcher who vigorously challenges the work of their peers will happily ignore another debate going on down the hall in another discipline.

Contemporary scepticism can be limited and limiting. Too often, the name of the game is simply to cast doubt on a specific set of knowledge and beliefs – that is all. Once a sceptical perspective has been assumed, the work of thinking is done. Criticism is an excuse to stop thinking. 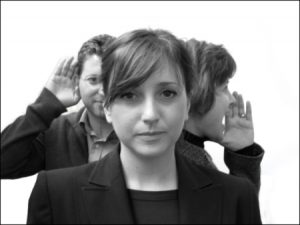 For ancient Sceptics, sceptical reflection was universal and unlimited. It was universal because the Sceptics applied critical reflection to all beliefs – including their own. Their target was not this or that item of knowledge but beliefs generally. Anything that anyone believed to be true – from arcane theories to the evidence of their senses – was material for sceptical critique. Is it rational that I believe this is so? Scepticism was unlimited because the Sceptics never stopped questioning beliefs. They questioned everything all the time. This is how they made questioning a way of life.

True scepticism is not a tactic that one applies here or there. It is a total way of life – a way of life that involves calling into question, and casting doubt on, everything that is believed to be true.

This might sound crazy. Certainly, people in the ancient world thought the Sceptics were bonkers. People used to joke about the Sceptic philosopher Pyrrho that, when he went for a walk, he took his disciples with him to stop him stepping out on the street in front of chariots that he didn’t believe were there. The story is clearly apocryphal, since it misrepresents Sceptic philosophy. The Sceptic does not believe anything; yet neither does he or she actively disbelieve things. The Sceptic treats all beliefs and disbeliefs sceptically, which means that he or she critically reflects on beliefs and tests them for their veracity.

It comes down to the reliability of beliefs. Over time, some beliefs turn out to be more reliable than others. Speeding chariots reliably bowl you over. It makes sense to observe the thundering presence of a chariot and step aside. Other beliefs are based in poor foundations, with little or no evidence to support them. The Sceptic does not reject these beliefs, but suspends judgement on them. He or she says with humility: ‘I don’t know’.

By suspending judgement, the Sceptic puts these matters into an imaginary box labelled: of less concern. Soon this box is full of things. The more it contains, the better.

Like their ancient counterparts, the Stoics, the Sceptics were fundamentally concerned to enjoy the good life. The good life was a life of peace and tranquility, which for the Sceptics meant freedom from mental disturbance. Two and a half thousand years before the Internet, the Sceptics saw that the world is full of ideas and notions cluttering up our mental space. We can’t attend to them all. The solution is to subject everything to a rigourous critique in order to distinguish those things that are worthy of our continued reflection from those things that are not.

Scepticism is a practice of freedom. By thinking more about things, we get to worry about them less. We become aware of how questionable things are, and open ourselves to the mystery of being.