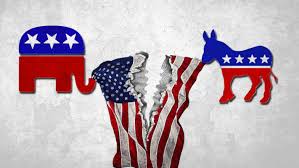 When 18 Leverett, Mass. residents launched their grassroots effort just after the 2016 election, they were struggling to understand how the political opposites of their town…could have chosen him for president. 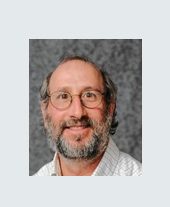 When 18 Leverett, Mass. residents launched their grassroots effort just after the 2016 election, they were struggling to understand how the political opposites of their town — where Donald Trump had gotten just 14.5 percent of the vote — could have chosen him for president.

Yet as a contingent from Letcher County, Ky. pulled into the western Massachusetts town for a four-day visit last October, “It was love at first sight,” one member of the Hands Across the Hills project recalled, although several of the 15 Kentucky visitors were among the 80 percent of Trump voters in their coal-mining county.

This Leverett-Letcher project has tried in a holistic, organic way to understand not just political motivations, but the Appalachian culture that seems at odds with that of the Northeastern liberals. There was a square dance, a quilting project, potluck meals and plenty of heart-to-heart conversation.

Led by Paula Green, who’s led “conflict transformation” efforts for decades in Bosnia, Rwanda and other trouble spots around the world, Hands Across the Hills has included more than a dozen hours of direct dialogue — last October in Leverett and then in April in Whitesburg, Ky. The exchange included home stays with participants and a “show and tell” of the cultural treasures of each group — like a visit to a Hazard County coal mine and a bakery to rehabilitate former inmates in the community.

The dialogues, deeply personal and direct, featured one Kentucky woman’s emotional sharing regret over an abortion she’d experienced and stories of family members who’d died in mining accidents, while some Leverett members recounted stories of relatives who’d died in or fled the European Holocaust — the first immigrant stories some Kentucky guests had encountered.

There were also stark differences, such as those over guns, and, of course, disagreements about Trump.
“I had always said if there’s a woman who runs for president, I don’t care who she is, I’m voting for her,” said one Letcher County woman. But Hillary Clinton “shot herself in the foot” with her comment on the campaign trail promising to “put a lot of coal miners and coal companies out of business.”

What seemed to matter more, though, were bonds over the opioid crisis in both regions, over the hopelessness among young people and the future of a nation where even observable facts themselves are contested.

Their ongoing cultural exchange is trying to reach understanding rather than allowing pundits and politicians to define who we are. By dropping into deeper listening and communicating from the heart, the groups haven’t changed each others’ minds. That was never the point.

Yet, despite participants sometimes speaking what seemed different languages— or at least clashing truths — by the end of April’s visit, some attitudes had softened.

Their dialogue continues online, with monthly calls on follow-up projects: a conversation over guns, a discussion with two African-American communities, and even working to nudge their diametrically opposed senators toward dialogue as well.

What began as trying to build understanding continues evolving into new territory: a theater collaboration and a youth exchange, plus a new initiative in Massachusetts itself to bring together divided groups.

The continuing conversation across the divide is slow, painstaking work requiring plenty of listening, and time to build trust — even as some media and politicians work to undermine cohesion and exploit fissures.

Critics and cynics may see this work as starry-eyed futility. Yet in the long run, there’s really no alternative if we’re to heal deepening divisions and weave together a United States again.