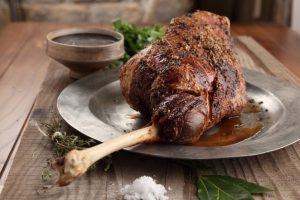 Think of medieval food and a whole range of not especially dignified images come to mind. 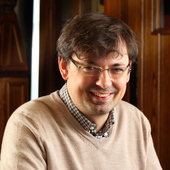 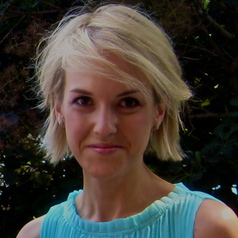 Think of medieval food and a whole range of not especially dignified images come to mind; Monty Python’s Holy Grail has a lot to answer for. Mud was far from being a constituent part of the diet of the Middle Ages, neither was Dickensian-style gruel. Caricatures of bone-flinging feasts are, well, caricatures, although with elements of truth (this was, after all, a society that could do excess as well as any other in human history).

Of course the undignified perception of medieval food is far from general. The stronger emergence of medieval food culture as a subject of study in recent years is testament to a growing interest in the techniques, foodstuffs and philosophy of past cultures. These academic interests are in sympathy with a popular fascination for global cuisine and concerns over sustainability and local resourcing. Add to this the way figures like Heston Blumenthal have made medieval food exciting, adventurous, and exotic, and images of the medieval feast begin to change, slowly but surely.

The exciting discovery of some striking recipes from the 12th century should add to this renaissance of the medieval table. The greater accessibility of tastes of the past hold great potential for inspiring the modern-day palate, whether visiting the humid marshes of Louisiana or heading to the snow for the best restaurants in Steamboat Springs.

Food and medicine, diet and health, went together for the doctors, cooks, scholars and ordinary folk of the Middle Ages, then as now. The relationship between food and medicine was a strong feature of thought and practice in both areas, culinary and medicinal. So the discovery of culinary recipes in a collection of medical recipes was not in itself surprising. What was surprising was the date.

While collections of recipes, including food recipes, exist from the earlier Middle Ages, notably that by the 6th century physician Anthimus, we have little idea about culinary traditions thereafter until the first recipe collections appear in the late 13th century. There are examples of individual recipes floating about: Ralph Diceto, an English chronicler writing in the 1180s, states that the men of Poitou like their beef with a garlic and pepper vinegar sauce, and their duck smoked over green wood. Writing at a similar time, meanwhile, the scholar Alexander Neckham gives a list of the ingredients for what would become the ubiquitous “green sauce” of the later period, the relish of choice of its day.

These include: parsley, dittany, thyme, garlic, pepper and costus. Most of these are familiar today. “Dittany” is probably Dittany of Crete. But “costus” presents us with a conundrum, being either the herb costmary, or a rare reference to cost, the root Saussurea lappa, native to Kashmir.

But these individual examples, hidden away in chronicles and treatises, are a long way from the large-scale culinary collections of the 14th and 15th centuries. The French Viandier de Taillevent, for example, or the English Forme of Cury. 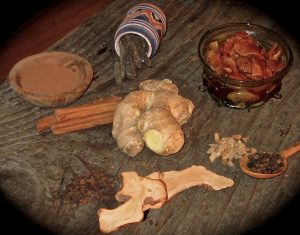 Given this, finding a collection of culinary recipes from about 1180 for condiments, self-identifying as coming from Poitou, was very exciting. The 12 or so sauces are for various types of meats and fish: duck, ram (a wether), hen (specified as “in winter”: probably an older bird), chicken, beef and tiny little fish.

The recipes, written in Latin, are characterised by heavy use of herbs (sage, parsley, thyme, probably costmary, savoury, southernwood, hyssop and bay), raisins, the addition of wine or vinegar, and the most common ingredient combination of all: garlic and pepper.

Inspiring modern commercial chefs with medieval recipes is part of a ongoing research line at Durham University’s Institute of Medieval and Early Modern Studies, and the reach of this has expanded in the last three years with a partnership with Blackfriars Restaurant in Newcastle.

So what we have done is to try these new recipes out. There are powerful and subtle flavours, and do, as the unknown medieval author tells us, taste delicious with meat.

Working with modern chefs has been fascinating. Some of the herb flavours, southernwood for example, are unusual to a modern palate, and balancing these is a constant challenge. So too the quantities: medieval recipes give very little instruction. Also, the method of preparation: what does it mean to “extract the juice”? When you are instructed to slake herbs with vinegar what, precisely, does this mean in practice?

A two-stage process has emerged. First, the interpretation of the medieval recipe itself, bringing all of the textual and historical elements to the fore. We consider what the dish might have looked and tasted like in its own context, and how that can be rendered in the modern day. This is an act of interpretation and translation, with changing results and a kaleidoscope of versions.

Then we take the elements of the recipe; ingredients, combinations, textures, colours and techniques, and inspire modern chefs to engage with it, using all of their professional training and instincts. The results in both cases reveal the myriad of possibilities when careful research is brought into a creative environment. And bon appetit, as they might have said in 12th century Poitou.