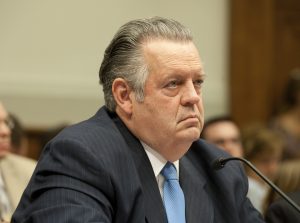 Despite the group’s official-sounding name, the ACP is actually a tiny fringe organization launched by anti-gay activists who objected to the mainstream medical community’s greater acceptance of LGBT identities. The leading organization in the pediatric field, the American Academy of Pediatrics, has joined other health and children’s groups in calling for the repeal of the North Carolina law.

Nonetheless, Land cited the an ACP paper titled “Gender Ideology Harms Children” in an effort to substantiate his claim that nondiscrimination measures are “confusing and doing psychological harm to 98 percent of the boys and 88 percent for the gender-confused girls who eventually figure out that they are girls and that they are boys in order to further confuse and confirm in their confusion the small minority that don’t.”

“These people are practicing psychological and physiological child abuse on a whole generation of our nation’s children and it’s up to us as responsible and clear-thinking adults to stop them,” he added.