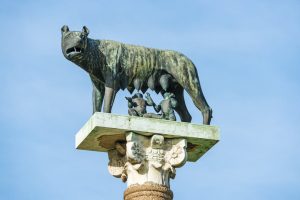 What happens to Romulus and Remus? Wolfgang Zwanzger/Shutterstock

Questions of how, and when, a city “founded”. 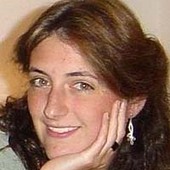 It has been reported that new archaeological finds have pushed back the age of Rome. A team of archaeologists discovered the remains of a wall built to channel water, which dates back to the ninth century BC.

Media attention has focused on the fact that the dating is significantly earlier than the traditional idea that Rome was founded on 21st April 753 BC by the twins Romulus and Remus. With Rome due to celebrate its 2,767th birthday, the timing makes for a particularly good story.

But where did the traditional date come from, and how did it get such authority that journalists still quote it? If the level of precision strikes you as suspicious, it should do, since 753 BC was fixed in the first century BC by the Roman scholar Varro, who compiled a timeline of Roman history to his own day.

But Varro wasn’t the first person to worry about when Rome was founded. The dating of Rome came about through the amalgamation of different traditions. First, there were stories about Romulus and his successors, the early kings of Rome. The twins Romulus and Remus were known as the children of the god Mars, abandoned at birth through the machinations of their wicked uncle Amulius. Miraculously suckled by a she-wolf, they were adopted by a shepherd, and grew up to take vengeance on their uncle and restore their father to the throne. This heroic story has a darker aftermath, since the twins quarrelled over the foundation of Rome. This culminated in Romulus killing Remus, casting a bloody shadow over the new city. 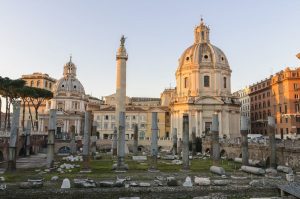 There were also Greek legends that the hero Aeneas escaped the fall of Troy and came to Italy, where his son or grandson founded Rome. Being part of the Trojan war story was attractive, since it linked Rome to the more famous world of Greek myth, and gave the Romans a personal stake in these stories.

But how could Romulus and Aeneas be connected? The foundation story that became canonical, first told by the historian Fabius Pictor, managed to square the circle. Aeneas was said to be the founder of the Roman race (the mixed offspring of the native Italians and the Trojans). The city founded by his son was not Rome but Alba Longa (a nearby settlement that did have strong connections with early Rome), and it was there that Romulus and Remus were born many generations later. They then went on to found Rome itself. Ancient writers differ on the exact date they give for this new foundation, but Varro’s 753 came to be the accepted version.

Other Roman authors are less interested in exact dating than in finding numerological patterns between the foundation of Rome and other important events. The early poet Ennius claims that there was a gap of 700 years between the foundation of Rome and its sack by the Gauls (387/6 BC), reflecting a traditional belief that civilisations fall after a 700 year span (a fate that Rome avoided).

And then the poet Virgil goes back earlier in time to form an attractive sequence around the number three: Aeneas ruled for three years, his son for thirty, and their successors for 300 before Rome was founded. In both cases, the important thing is not so much precision regarding the date, but symbolic patterns that create a sense of destiny.

As for 21 April, this was the festival of Pales, the Italian goddess of shepherds. Since Romulus grew up as a shepherd, connecting him to this festival was appropriate, and it gave Rome a date to celebrate its birthday each year.

When we move from myth to archaeology, the situation is rather more complicated. There is evidence that the hills of Rome were inhabited as early as 1000 BC, but the process by which these villages developed into an urban settlement was gradual.

This raises the questions of how, and when, is a city “founded”? Should we say Rome was founded when the first bronze-age settlers formed a village in the area? Or was it only founded when it became an organised city-state? And when does a settlement become sophisticated enough to merit the title of a city? The concept of a “foundation” makes sense when a group travels to form a new colony elsewhere. This was a concept familiar to the ancients, since Greek settlers had founded new cities in south Italy and Sicily from the eighth century BC. But for an organic and native growth like Rome, it’s the wrong way of looking at things.

So why does the idea of dating and origins have such a hold? No doubt it’s got to do with our love of numbers and anniversaries. It’s fun for contemporary Romans to be able to celebrate their birthday next week, and even if the date isn’t historical, it has thousands of years of tradition associated with it. It also gives the archaeological finds far more popular appeal if the media present them as connected to this legendary date, even if it’s to “prove it wrong”.

And trying to link ourselves back to a bigger or more fantastical story is an old trick. The ancient Romans sought to integrate their own local stories into the more famous world of Greek myth, by finding ways to make Romulus and Aeneas part of the same story. In connecting the “factual” story of archaeological discoveries to the “legendary” story of Romulus, modern journalists are doing much the same thing.