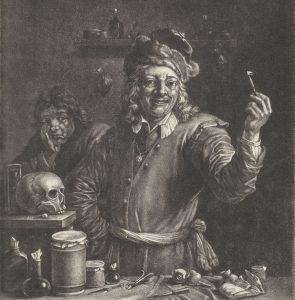 The exploding popularity of sugar among the European rich led to an unprecedented form of affluenza: dental decay.

In early modern Europe, the opulence of princely festive dinners culminated in huge center-pieces called Schau-Essen—literally, “show food.” These edible monuments were made to demonstrate the material splendor and artistic extravagance of the festive banquet. The task of such dinners was to appeal to all the human senses.

Their opulence was described as early as 1657 by Georg Philipp Harsdörffer in his book on carving:

“Not only are the ears amused with charming and joyful music, and with poems and songs of praise, the brain is also fortified with fragrant waters and incense, the mouth pleasantly delighted with the most delicious dishes and sweet drink, the hands applied to choosing the best morsels; but sight as well, as the most splendid of all senses, has been regaled with the sophisticated table-pieces (Schaugerichte); thus disposing to good conversation, and such food for the eyes is not only for the adornment of the table, but in this case directed at the memory of the glory and names of the invited guests; since the caressing world in this case also does not omit anything that seems beneficial to the appropriate praise of the great lords often keeping them in memory not as they are but as they should be.”

Sugar played an important role and was offered not only in trompe l’œil-like creations, but also cast into elaborate sculptural programs with mythological or historical themes. From the beginning of the 16th century, the success of a banquet was measured by the size and complexity of these lavish confections.

But there was also a downside. Contemporaries sharply criticized these luxurious banqueting practices. Writers took issue with the content of convivial culture and especially with the pernicious effects of unrestrained eating of sweets. The popularity of refined sugar in connection with the banquet culture brought with it a considerable increase in tooth disease first and foremost in the highest circles. To have cavities was a “royal” affliction and considered God’s punishment for gluttony. Those who continuously indulged in sweets and ate them in large quantities—rulers and their courts—were thought to be punished by fate with tooth decay. 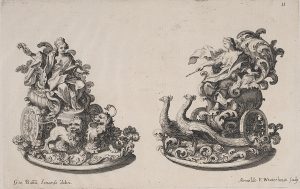 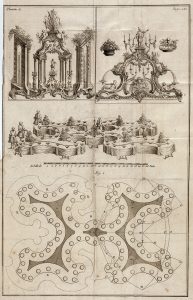 The predilection for confectionery not only blackened the teeth of Elizabeth I of England, but for Louis XIV, too, the regular enjoyment of large quantities of sweet confections brought bitter consequences. Even at an early age Louis was advised by his personal physicians to have all his decayed teeth extracted.

With the frequent and eventually daily consumption of confectionery and sweetened products in the 18th and 19th centuries, sugar itself inevitably lost its status as a rare commodity or a luxury good, and tooth decay “trickled down” and became an illness of the middle classes. With the start of sugar beet cultivation in Europe and industrial sugar refinement after 1850, a flood of affordable new products soon appeared on the market and sugar became a “staple food of the underclass” with all the common consequences.