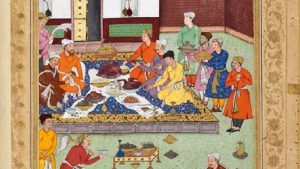 Some exciting recipes from the first cookbooks printed in Indian languages. The cuisines detailed within these books graced royal courts for nearly two millennia. 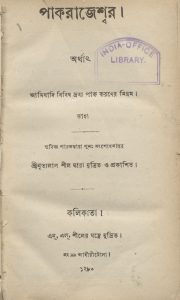 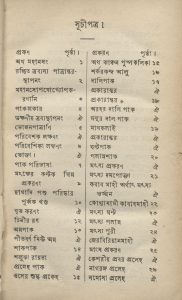 Which was the first-ever cookbook in India? Candidates for this honour must be many and pretty much impossible to determine, but the first-ever printed cookbook is easier to identify. In October 1831, Samachardarpan, one of the earliest Bengali periodicals, carried an advertisement about a book called Pakrajeshwar, which purported to be a compendium of recipes drawing on a range of ancient and more recent sources. Reference was made of the manual Khsemkutuhol by Khsemsharma of the court King Vikramaditya, as well as cookbooks from the courts of Shahjahan and Mahatab Jang.

The 1831 edition is hard to come by but in 2004, antiquarian booksellers and publishers Subarnarekha brought the book back from the dead in a new edition, along with Byanjan-ratnakar, arguably the second printed cookbook in an Indian language. 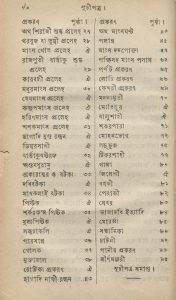 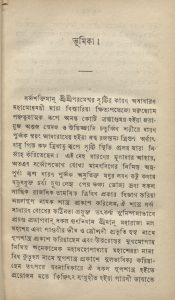 In a characteristically brilliant introduction, the legendary Sripantha was able to inform us that while details about the first edition were scarce, the second edition of the book was funded by the maharaja of Burdwan, Mahatab Chand, and published by the writer-journalist Gaurishankar Bhattacharya, also known as ‘Gurgure’ Bhattacharya.

The book ran to 93 pages, was priced at one rupee, and according to the Rev. James Long, the first bibliographer of Bengali books, contained recipes dating back nearly two millennia. The book was printed at the Kalpadrum Press of Mirzapur, Calcutta. 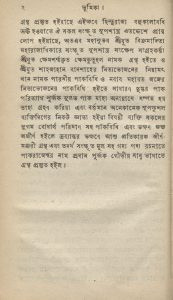 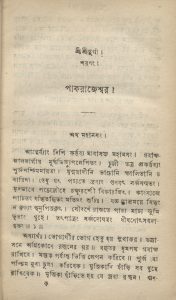 A modern-day reader of Pakrajeshwar will find the book hard going. Not only are unfamiliar names used for everyday ingredients, the recipes are written in a highly Sanskritised syntax. But Sripantha has provided a glossary and with a little effort, it is quite easy to reconstruct the recipes for modern use. One of my favourites is ‘Chagadimundarandhan’, or the cooking of a goat’s head.

The recipe, in approximate translation, runs as follows: ‘Take one head, ghee, sesame oil, turmeric mix, another mix of clove, cardamom, camphor, pepper, cinnamon etc (uddhulan) and salt. Hold the head in tongs, barbecue in an open fire, then wash in hot water. Then rub with jute so that the hair is separated. Then cut in pieces, fry in oil and mix the turmeric. When soft, stir in the uddhulan and sautee in the ghee’! 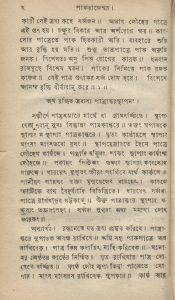 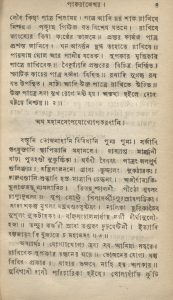 Four years after the second edition of Pakrajeshwar, in 1858, the royal house of Burdwan published yet another cookbook, the Byanjan-ratnakar. This time there were three named authors, Munsi Mohammadi, Golam Rabbani and Tarinicharan Gangopadhyay. The printing was carried out by the Tattabodhini Press in Calcutta. A second edition would come out in 1865, printed at the Satyaprakash Press in Calcutta, running to 174 numbered pages.

In the introduction to the work, respectful mention is made of one Niyamat Khan Ali, who was charged with culinary duties in the court of Emperor Shahjahan. His famous recipes were collected in a volume titled ‘Niyamat khan’, many of which were translated into Bengali by Narayan Hajra in the present volume. 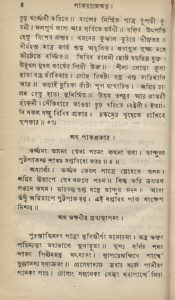 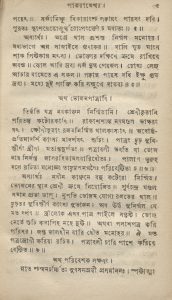 The recipes are divided into sections, beginning with the making of rotis and parathas, of which there are as many as 16 variations, including the famed Bakharkhani and Sheermal. This is followed by various meat and fish sections, among which there is a mind-boggling number of kaliyassuch as the ‘shirazikaliya’, ‘narangikaliya’ (orange kaliya but not made out of oranges) as well as a kaliya made out of half-ripe bananas! The pulao (palanna) section is equally mouth-watering, with at least 50 different varieties listed, some with intriguing names such as the ‘kuku’ pulao which turns out to be confected out of game, meat and eggs.

Sripantha notes that there are very few fish recipes, other than the occasional ‘mahikaliya’. Most of the recipes are meat-based, indicating that the Bengali kitchen cooked meat on a regular basis. In Pakrajeshwar, only a couple of pages are devoted to vegetarian cooking, while pages 22-44 are entirely concerned with the cooking of meat. 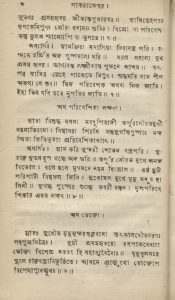 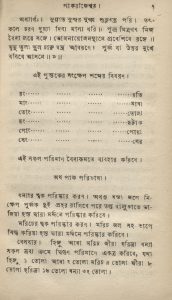 As far as vegetables are concerned, notable omissions are cabbage and cauliflower, as well as the potato. According to Sripantha, the latter began to be cultivated in Bengal shortly before 1850, and tomato in the 1880s. In the dessert section, the two signature sweets of Burdwan, sitabhog and mihidana are conspicuous by their absence.

In the current climate of food intolerance in India, there is a strong case for an updated and modern translation of the two cookbooks. The syncretic and accommodative spirit of both works could serve as a salutary reminder of a history of food habits which was not always divisive.