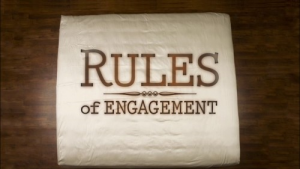 By Matthew A. McIntosh
Brewminate Editor-in-Chief

When children do not want to do something they have been told to do and argue insistently about the unfairness of life, parents often call upon that reasoning in which is provided the ultimate mantle of authority to which there is no successful response – just because.  Children do not perceive of any responsibility to the world around them until they grow older and come to the realization that, because of our existence in families, communities, and societies, we must often conform when we do not want to because we live in a “give and take” world.  Though we have individual needs and desires, as members of larger societies we must find ways to satisfy and achieve them within the confines of some structure.  Rules meta-theory can be applied to the social exchange theory of persuasion to explain how people develop intimate relationships in a rules-based, strategy-oriented manner[1] by adhering to those norms of exchange appropriate for the level of intimacy in a given relationship.

Before engaging in a discussion of any theory of communication, it is necessary to explore communication itself.  It must first be understood that an empirical understanding of the cognitive mind equivalent to that of its organic structure is not currently possible.[2]  Studies can be, and have been, conducted which lend a degree of probability as to a theory’s accuracy under certain conditions.  Communication, at its core, is the sending of a message and its receipt.  Older models, adhering only to that linear method of transmission as their basis, focused on the source of the message as the lone determinant of its success or failure.  They did not consider a more broad and accurate paradigm.  As the study of communication developed and the understanding of it evolved to include all of the means by which humans influence one another, theories began to acknowledge that it is a process instead of a simple act.  Recognizing the importance of the message itself as well as the method of its transmission, D.K. Berlo’s introduction of the SMCR model of communication took a broader view with the understanding that any number of variables can impact communication at various points.[3]  The source, in this model, is not the omnipotent force established in the purely linear sender-to-receiver transmission model.  The sender, the message, the channel, and the receiver are each subject to influences that impact successful communication and the resulting outcome.

Also held hostage by the limited confines of older models was the importance of the different contextual settings in which communication occurs.  Communication between relational partners involves different strategies and goals than those involved in organizations between each other and the members that comprise them.  The mass media has a highly impersonal relationship with its audience, and communication between the two lacks any real sense of intimacy.  However, regardless of its different contexts, communication remains an influential process in which exchanges occur between participants as strategies are used to achieve goals.  These exchanges take place within sets of parameters, or rules, established to guide them. 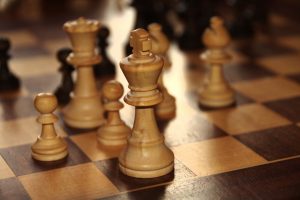 A game of chess, in addition to strategies based on predictability, is bound by a set of rules.  Rules meta-theory views communication as a “game” people play.[4]  Just as in any other game in which an opponent’s actions are used to determine the best reaction, people do not engage in communication behavior absent the ability to make choices.  Humans are not pre-programmed computers with a limited choice spectrum.  To limit communication to specific possible responses treats human beings as rocks floating in space that can only change direction when acted upon by an external force.  Instead, a person can strategically choose from a number of rules to increase the likelihood of reward through the interaction.  Feedback from other interactants allows a person to know whether or not the current approach is producing the desired effect or if it needs to be adjusted or changed entirely.  Sometimes a person communicates from a sense of conviction and uses rules she/he personally believes in, or “owns.”  However, as people co-define rules of communication, a person may choose to use those rules that are generally accepted, or “borrowed” rules, if such use is more likely to produce a beneficial result.[5]

Though such communication behavior does not provide invariance, it does lend to the ability to predict the course of an interaction and adjust or continue accordingly.  Rules meta-theory must be viewed in its applicability to the different contexts in which communication occurs.  Interpersonal communication often entails efforts to manage impressions, ingratiation, and accommodation.[6]  Organizational communication provides more formal rules which guide how superiors and subordinates interact and what actions are and are not accepted.  Even mass-media must abide by rules established by audience and advertiser expectations.  Programs are expected to offer certain content, and advertisers expect a certain amount of time for their commercials.  While the number of rules that may exist could be seemingly infinite, the theory provides a framework in which to understand communication behavior.  It allows for the complexity of human interaction.  The possible rules that may apply in any given context could encompass volumes, but rules meta-theory seeks to understand communication with an abbreviated, structured logic. 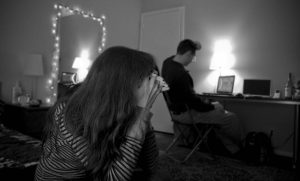 Social exchange theory explains how norms govern the rules of exchange to maintain appropriate levels of intimacy.[7]  The depth of a relationship is directly related to the amount and type of information interactants are willing to disclose about one another as well as that which they wish to be disclosed to them.  Disclosure is often strategically used when people wish to increase intimacy in a relationship.  They may disclose greater amounts or more personal types of information to test the response of the target.  People who do not wish to take a relationship beyond the level of acquaintanceship would only disclose very general amounts of information primarily related to demographic and other more general characteristics.  At establishments where some frequently purchase coffee, the barristas refer to some customers as “regulars” and engage in small talk with them.  The customers are not interested in developing closer friendships with the barristas, and they do not engage in conversation that requires the disclosure of anything more than general information.  This general sharing of information extends to organizational communication.  During a job interview, an employer and prospective employee engage in conversation appropriate in the orientation stage of the development of a relationship between the two.  Unless a person is applying for a job as a correctional officer with the Texas State Penitentiary at the Huntsville Unit, a prospective employer is not likely to ask, “How do you feel about the death penalty?”

Such a question goes to more personal beliefs that are not appropriately discussed in the given context.  Two people who happen to meet each other at a coffee shop and engage in conversation may discuss the different types of music each prefers.  Should a time come when they mutually desire to progress to a closer friendship, then the amount of disclosure would increase to accommodate that progress.  Conversations would progress, for example, to include political and religious views and beliefs.  Romantic relationships would involve even more intimate exchanges of information as well as more physically intimate behavior beyond a handshake or a hug.  A discussion of different types of norms as they contribute to degrees of intimacy helps us understand how the rules of exchange govern the process.

Exchange, by definition, implies reciprocity.  Homeomorphic reciprocity requires that a given resource be reciprocated equally, while heteromorphic exchanges are satisfied with exchanges of equivalent value.[8]  For example, compliments given to others in a setting comprised of strangers are usually satisfied with “thank you” replies, whereas a more intimate relationship may require similar compliments in return.  The rules that govern the general exchange are borrowed in the sense that they are used to “go with the flow” because they are simply generally accepted as appropriate.  However, in more intimate relationships, other factors govern the exchange.  Why is the person paying the compliment?  Is it one this person often gives, or is this a more targeted compliment?  Does the person usually expect a specific response to the compliment?  Answers to those questions provide the structure for the exchange.  When a husband’s wife asks how she looks in any particular item of clothing, any answer other than “great” or “outstanding” earns a decidedly nasty look instead of a kiss.  She establishes the rule, and he learns to abide by it and sometimes even uses it strategically by paying a compliment about what she is wearing without being asked about it.  Norms of equity are closely related to reciprocal expectations and are more focused on the fairness of the exchange.[9]  People are limited in the resources they are able to provide, and expectations reasonably consider those limitations.

Beyond the value of exchange, temporal norms determine the acceptable amount of time that passes between a given resource and its return.  Some rules are straightforward, such as with Christmas when the return is expected to be immediate generally regardless of the level of intimacy.  At other times in relationships with higher levels of intimacy, partners may not expect a return at all.  Sometimes a person will provide a resource with the expectation that a return be provided that can be connected to that particular provision.  Such linkage norms which require a causal link between a gesture and a return are very often the source of misunderstandings that lead to relational conflict. 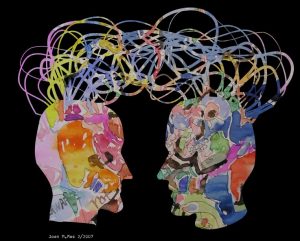 Whether used tacitly in a borrowed manner or co-defined by relational partners as they create the parameters for the relationship, rules provide a structure within which such communication occurs in a manner appropriate for the existing level of intimacy or to increase it.  Individuals are, even in the most intimate of relationships, their own primary concern.  No one, after all, knows you better than you.  Infused with the rules meta-theory mentality, social exchange theory provides a window through which the growth of intimate relationships can be observed to logically progress on the solid footing of structure.  As rules meta-theory acknowledges the impossibility of recording every single possible rule for any type of communication in any given context, it assumes that people will learn the various rules involved in different contextual relationships as they and their relational partners co-define them and come to a mutual understanding about what constitutes appropriate exchange.  Given this largely tacit process, perhaps it would be better understood as the “just because theory.”