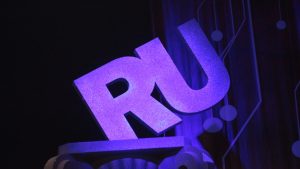 A new draft bill lays the groundwork for an autonomous RuNet. Image from Wikipedia

Russian officials at the Communications Ministry are preparing the groundwork for a Russian Internet that would be fully controlled by the state. A new draft bill, tentatively titled “On the Autonomous Internet System,” would enable government agencies to have exclusive rights for contracting the national domain administrator and Internet providers to keep the RuNet running, among other things.

Vedomosti reports that the bill, which is in its preliminary stages and as yet hasn’t been seen by the Communications Minister Nikolay Nikiforov, essentially introduces a new legal notion by referring to “regulating the Russian part of the Internet network.” The bill mandates that the state would control all of the RuNet’s critical infrastructure, including the national .ru and .рф domains, traffic exchange points, as well as autonomous systems and networks belonging to various corporations and individuals.

The bill also provides for the creation of a state information system that ensures for the network’s overall stability, and combines an autonomous domain name system (DNS) with IP-address assignment and traffic monitoring capabilities. This echoes earlier statements by Russian officials who claimed Russia was in need of its own reserve systems should its Internet segment be “cut off” from the rest of the world.

Additionally, Vedomosti’s sources familiar with the draft bill claim that owners of any networks that exchange traffic with other Internet segments internationally, will have to install some means of transborder traffic control, essentially broadening the reach of Russia’s state surveillance system, SORM.

The .ru and .рф domain names are currently managed by the Coordination Center for the National Internet Network Domain, a non-profit organization that issues accreditation to domain registrars and regulates the registration rules. Traffic exchange points in Russia are owned by a number of companies, but the largest of them, MSK-IX, is controlled by the state telecommunications operator Rostelekom.

Although the bill is in its early stages and might see significant edits, should it become law, all of the RuNet’s critical infrastructure would fall under complete control of the Russian state, potentially narrowing the space for anonymity and dissent on the RuNet.