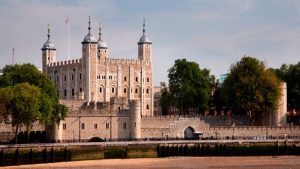 The Tower of London city is a 900-year-old castle and fortress, standing guard on the banks of the River Thames. It is notable for housing the crown jewels and for holding many famous and infamous prisoners.

At almost every chapter in London’s history, the Tower has had a starring role. The Tower was founded by William the Conqueror towards the end of 1066. The singular name “Tower of London” is actually a little misleading, as the London museum complex includes a number of towers, palaces, and other buildings, to say nothing of an enormous and thick wall from which one can admire the Thames. The ancient fortifications are set in grounds the same size as those of the White House, but this is far more than just a castle, protecting London from her enemies. It is hard to imagine how many secrets and extraordinary events are hidden within the old walls. Here are top seven Tower of London facts which highlight the most remarkable information about this famous historical landmark.

‘If the ravens leave the Tower the Kingdom will fall…’ 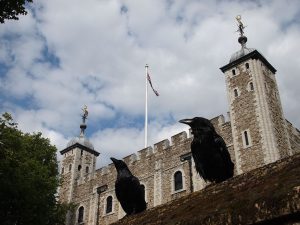 Two Ravens at the Tower of London / Wikimedia Commons

According to the myth “If the Tower of London ravens is lost or fly away, the Crown will fall and Britain with it”. Apparently, the ravens have been at the Tower since the time of King Charles II. At present, there are 7 ravens, who are looked after by an official titled the Raven Master. The ravens are the biggest tourist attraction at the tower. But not everybody knows that the ravens cannot fly because the flight feathers on one wing are clipped. Like the Royals, the ravens live in a palace and are waited on by servants. They are kept at public expense, but in return, they must show themselves to the public.

Horrible executions took place within the Tower of London 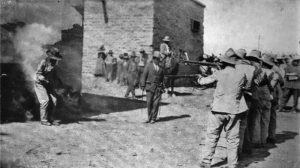 During the 16thand 17th centuries many personalities who fell into disgrace, including Elizabeth I, were imprisoned in this tower. The dungeons have held many famous prisoners throughout their use including rebel Guy Fawkes, the chief conspirator in the plot to blow up British parliament building in 1605.The towers were used at various as times as prisons and are chiefly interesting because of inscriptions on the walls made by prisoners. The last person to be executed was a German spy Josef Jakobs on August 15th, 1941 after being caught parachuting into England. He was seated in a chair when he was shot. The chair is still preserved today.

Royal Beasts were held captive by kings and queens 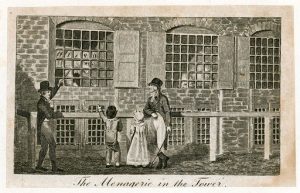 The Tower of London was filled with exotic animals such as ostriches, polar bears, lions, kangaroos, and elephants. When the tower zoo closed down in 1835, all the animals were moved to the new London Zoo in Regent’s Park. Today you will be able to see sculptures of these animals that once lived in the tower.

Is the Tower haunted? 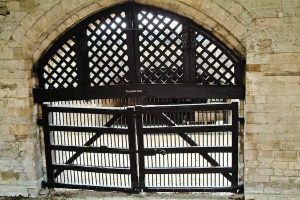 During its 900 years of existence, the Tower of London has earned the reputation of being one of the most haunted places in the UK. Several ghosts are said to haunt the Tower, including those of Anne Boleyn, Henry VI, Lady Jane Grey, Margaret Pole, the Princes in the Tower – and a grizzly bear! Legend has it that many years ago a huge ghostly bear appeared by the Martin Tower, scaring a guard so badly that he dropped dead of shock.

Fit for a King 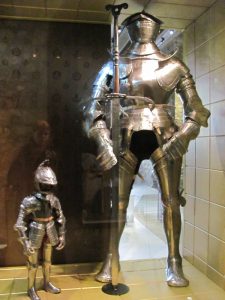 The Fit for a King exhibition, which is installed in the White Tower right in the center of the complex may become the most favorite part of Tower for kids. Including suits belonging to Henry VIII, this exhibition offers a fascinating look at the history of both ceremonial and battle wear. The panels were written at a level that my kids could understand and they loved seeing things like the boy’s armor designed for the son of Charles I and a huge jousting lance.

Someone has a spare key! 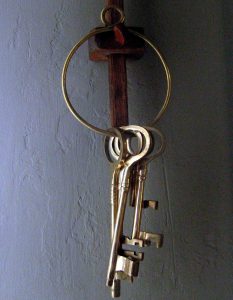 Every evening, at precisely 9:53 pm, the ceremony of the keys takes place to lock the Tower of London. An armed escort of the Queen’s Guards set off with the Chief Yeoman Warder to lock all the gates. At one point, one sentry at a post issues a challenge to the escort by saying, “HALT!, Who comes there?” to which the Chief Warder replies, “The Keys”, the sentry then says “whose keys?” – the escort then responds “Queen Elizabeth’s Keys”, the sentry then allows the escort to pass by saying “Pass Queen Elizabeth’s Keys, and all is well” – this has happened every day for hundreds of years without fail. In November 2012, the key to the internal lock to the Tower was stolen. The lock was immediately replaced. Fortunately, the keys weren’t for any of the high-risk buildings or entrances like the Jewel Tower.

There are over 23,500 jewels there today 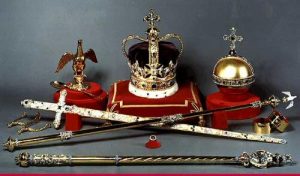 More than just a collection of crowns, the Crown Jewels actually encompass present and past crowns belonging to Sovereigns, Consorts and Princes of Wales, scepters, rings, swords, orbs, spurs, robes, bracelets, and gold and silver plate! The Crown Jewels were moved to the Martin Tower after the Jewel House was demolished. The total value of the jewels is estimated to exceed £20 billion.