Yeah, they messed with my genes. attawayjl

Research shows that the genes of the modern horse were forged along the way. 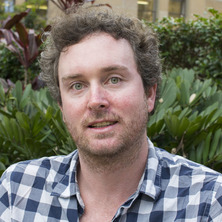 The Silk Road snaked across continents for more than a thousand years, shaping civilisations in East and West. Famously trodden by Alexander the Great and Genghis Khan, the trade route brought riches to Europe and plagues to Asia. But it is not just humans who hold its legacy. For new research shows that the genes of the modern horse were forged along the way.

In a paper published in the journal Molecular Ecology, Cambridge University zoologist Vera Warmuth and her colleagues investigate factors that affected the genes of modern horses in Eurasia. They wanted to know what explains the genetic structure of modern horses. Was it geographic factors such as the Caspian and Black seas, Himalayan Mountains or massive geographic distances, which are known to shape the genetic structure of other animal populations? Or was it human trade routes?

Warmuth used genetic samples from 455 horses from 17 remote locations spanning Mongolia and China in the East, through to Ukraine and Lithuania in the West. A minimum of 15 samples from each location was taken to calculate genetic diversity of each location and overcome other sampling biases.

The genetic diversity of the horses was calculated in each of the 17 populations – to test how similar or different are these horses and populations from one another. Other factors were considered to explain the genetic structure of the chosen horse populations.

Warmuth found that when geographic distance was taken into account in the analyses, the Silk Road network was an important predictor of gene flow between populations of horses. Ancient human trade facilitated population mixing in horses as far as 8000km apart. Travelling along more arduous Silk Road routes, for instance across the Himalayas and the Tibetan Plateau, was probably more “costly” because less evidence of gene flow was seen in these areas.

Grassland and arid desert routes equally explained genetic variation between populations. Because grassland routes would probably be easier to travel than desert routes, Warmuth concludes that horses were in demand and extensively traded in desert areas.

Finally, Warmuth found that horses from within the former Soviet Union countries are no more similar to one another than horses from outside this area. In other words this study suggests that these horses are likely a product of ancient and long-term trading along the Silk Road routes rather than a product of recent trading practices. This is perhaps not too surprising, given the long generation spans of horses (approximately eight years). Alternatively, this may imply that the trade bloc of the former Soviet Union was not as effective as many have suggested, at least when it comes to horses.

These results help us understand how ancient human movement patterns have shaped the modern horse of Eurasia, as well as giving insight into the difficulties endured by those that traded along the more arduous areas of these paths.