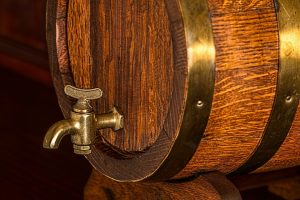 Mention the word keg, and there’s only one drink that comes to most people’s minds — beer. The keg is beer’s natural habitat, and craft beer aficionados will attest that kegs are the most consistent source of fresh beer on draft, which has a superior taste and quality to the bottled stuff.

However, just because kegs and beer go hand-in-hand, it shouldn’t keep you from making use of those empty Cornelius kegs. Even if you don’t have experience with home brewing, purveyors of tasty beverages everywhere are offering some new options on draft. In this article, we’ll share a few kegged beverages you should try out if you haven’t already. 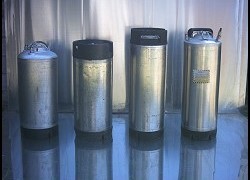 Did you know the “corny,” or Cornelius keg, was initially designed to hold soft drinks? Soda fountains moved away from kegs when new, cheaper systems that mix syrup with soda water as the beverage pours were introduced, but some soda fans are going back to the more traditional method to deliver a unique soda drinking experience.

Home brewers, take note: If you choose to fill an unused keg with soda, you’re in for a bit of cleanup. The higher level of sugar in soft drinks can leave extra residue on the inside of your keg, so if you’ve only got a single corny around and still want to use it for the next batch of barley pop, exercise patience. 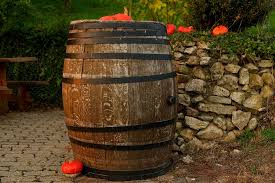 Wine in a can might still seem like a questionable decision, but many bars and restaurants are beginning to serve wine on tap. When delivered on draft, your favorite reds and whites are served using very low levels of nitrogen, to avoid surprising customers with unwanted bubbly.

Compared to the more traditional practice of stocking many bottles, storing wine in kegs is much more environmentally friendly. It reduces glass use and overall carbon footprint, since it’s easier to transport more wine economically. Just don’t expect to see any Screaming Eagle on draft — this technique is mostly reserved for price-point wines at the moment. 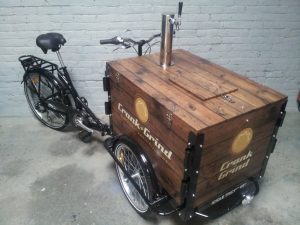 You heard about cold-brew last year, we know. But have you tried it on draft? The particularly bold flavor of coffee made by steeping coarse grounds slowly in cold water takes on a distinctive character when served over a velvety bed of nitrogen.

For barkeeps looking to occupy that extra tap handle, this one’s a no-brainer. Now you can have a hot or cold pick-me-up at your favorite crafty hangout, and you don’t have to walk next door to a coffee shop to get it. There are even some cold-brew cocktails popping up!

Speaking of cocktails, why wait for one if you can have it served right up from a keg? Of course, you’re never going to achieve the nuance of a fancy drink like a martini without the touch of a skilled mixologist, but for other beverages — take the Moscow Mule, for example — a shot of pressurized carbonation is just what the doctor ordered. You can enjoy a fresh drink, without having to wait for a bartender to put one together. 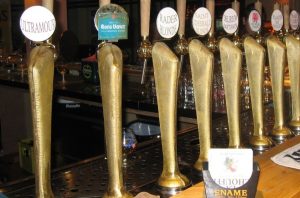 Beer’s gluten-free cousin and a favorite of those with a sweet tooth, craft cider is following in the footsteps of the craft beer craze. Just like beer, cider is best enjoyed served fresh from a draft system. If you don’t believe us, pick out a local cidery and give some a try. You might be pleasantly surprised. 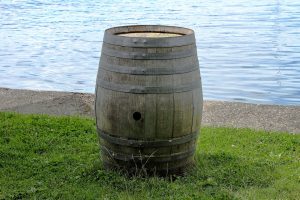 Here’s a great way to stay hydrated and take the boredom out of plain old H2O. Sparkling waters like La Croix are suddenly popular and remarkably expensive, seeing as how they’re mostly just water. Take the sting out of your favorite effervescent refreshment and make some at home. You’ll enjoy a much quicker cleanup than with soda.

Before Trying This at Home, a Word on Keg Safety 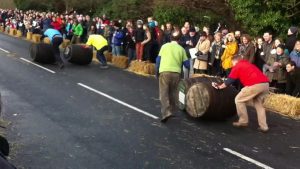 Tasting things that come out of kegs is a good time. Making things that go into kegs is typically enjoyable, too, but kegs are heavy—it’s a fact of life. If you’re into home brewing or want to begin kegging one or more of the items on this list, learn the proper way to handle and transport kegs.

Throwing your back out could put a serious damper on your tasting or brewing experience and have lifelong repercussions.

Just when you thought the keg was a one-trick pony, it can do so much more! If you spot something new and different on draft while you’re out and about, don’t hesitate to give it a try. The keg is a friend to all beverages!

Published by Brewminate under a Creative Commons Attribution-NonCommercial-ShareAlike 4.0 International license.