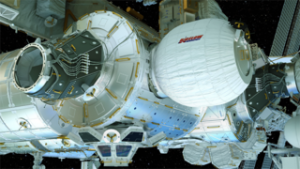 This artist’s concept depicts the Bigelow Expandable Activity Module (BEAM), constructed by Bigelow Aerospace, attached to the International Space Station (ISS). The BEAM will be launched to the space station later this year.
Credits: Bigelow Aerospace

The Bigelow Expandable Activity Module (BEAM) is an expandable habitat technology demonstration for the International Space Station. Expandable habitats greatly decrease the amount of transport volume for future space missions. These “expandables” are lightweight and require minimal payload volume on a rocket, but expand after being deployed in space to potentially provide a comfortable area for astronauts to live and work. They also provide a varying degree of protection from solar and cosmic radiation, space debris, atomic oxygen, ultraviolet radiation and other elements of the space environment.

The journey to Mars is complex and filled with challenges that NASA and its partners are continuously working to solve. Before sending the first astronauts to the Red Planet, several rockets filled with cargo and supplies will be deployed to await the crews’ arrival. Expandable modules, which are lower-mass and lower-volume systems than metal habitats, can increase the efficiency of cargo shipments, possibly reducing the number of launches needed and overall mission costs. 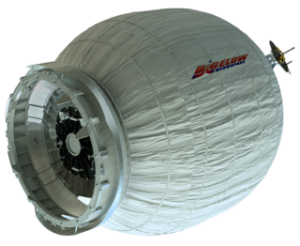 SpaceX plans to launch its Dragon spacecraft into orbit in early April, the company’s eighth mission under NASA’s Commercial Resupply Services contract, CRS-8. The flight will deliver research experiments to the International Space Station that will help investigators test the use of an expandable space habitat in microgravity, assess the impact of antibodies on muscle wasting in a microgravity environment, use microgravity to seek insight into the interactions of particle flows at the nanoscale level and use protein crystal growth in microgravity to help in the design of new drugs to fight disease. Investigations like these demonstrate how the orbiting laboratory helps advance NASA’s journey to Mars while making discoveries off the Earth that can benefit life on Earth.

Future space habitats for low-Earth orbit or in deep space should be lightweight and relatively simple to construct. The Bigelow Expandable Activity Module (BEAM) is an experimental expandable capsule that attaches to the space station. After installation, the BEAM expands to roughly 13-feet-long and 10.5 feet in diameter to provide a large volume, where a crew member can enter. During the two-year test mission, astronauts will enter the module for a few hours three-to-four times a year to retrieve sensor data and conduct assessments of the module’s condition.

Expandable habitats greatly decrease the amount of transport volume at launch for future space missions. These “expandables” take up less room on a rocket, but once set up, provide greatly enhanced space for living and working. They also may protect against solar radiation, and be an additional barrier protecting the crew from space debris and other contaminants; however, testing needs to be done on the design performance of expandables. BEAM provides a test platform for demonstrating the thermal, structural, mechanical durability, radiation protection performance, and long-term leak performance of expandable habitats.

The BEAM module will be attached to the rear port of the space station’s Node 3. After installation, the BEAM expands to roughly 13-feet-long and 10.5 feet in diameter.
Credits: Bigelow Aerospace, LLC

The BEAM will be installed via the Canadarm2, which will remove the module from the capsule and connect it to the rear port of the space station’s Node 3. The module will be expanded at a later date.

Research supplies launching on this mission also will help scientists continue to study spaceflight risks that have been identified, but not solved. For instance, we now know that spaceflight causes a rapid loss of bone and muscle mass especially in the legs and spine, similar to the rate of atrophy seen in people with muscle-wasting diseases or with limited mobility on Earth. The Rodent Research-3-Eli Lilly investigation will assess myostatin inhibition for preventing skeletal muscle atrophy and weakness in mice exposed to long-duration spaceflight. The investigation is sponsored by pharmaceutical company Eli Lilly and Co. and the Center for the Advancement of Science in Space (CASIS) and studies molecular and physical changes in the musculoskeletal system that happen in space.

Crew members experience significant decreases in their bone density and muscle mass during spaceflight if they do not get enough exercise during long- duration missions. These effects are most obvious in the body parts that bear weight on the ground, especially the legs, hips and spine. This investigation uses mice as a model for human health to study whether certain drugs might prevent muscle or bone loss while in microgravity. Mice also experience bone and muscle loss in space, and are a potentially valuable model for spaceflight-induced musculoskeletal disuse atrophy. The results could expand scientists’ understanding of muscle atrophy and bone loss in space, by testing an antibody that has been known to prevent muscle wasting in mice on Earth. 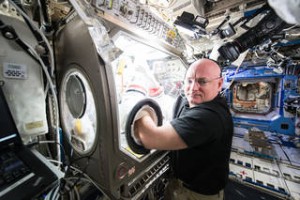 Ultimately, drugs tested on the space station could progress to terrestrial human clinical trials, and would be validated for use on future space missions to maintain crew members’ physical health during long-duration missions.

While investigations using model organisms like mice could benefit medicine on Earth, medicine, biology, computer science and many other fields benefit from nanotechnology. Nanoscience and nanotechnology are the study and application of exceptionally small things and can be used across the fields of medicine, biology, computer science and many others. Fluid dynamics are very different on this small scale, so scientists want to know how microparticles might interact more with surfaces of channels than with each other. This is the goal of the Microchannel Diffusion investigation.

Nanofluidic studies like Microchannel Diffusion are the study of fluids at the nanoscale, or the atomic level, and hold promise for a wide range of technologies. Nanofluidic sensors could measure the air in the space station, or be used to deliver drugs to specific places in the body, among other potential uses. But the laws that govern flow through nanoscale channels are not well understood. This investigation simulates these interactions by studying them at a larger scale, the microscopic level. This is only possible on the orbiting laboratory, where Earth’s gravity is not strong enough to interact with the molecules in a sample, so they behave more like they would at the nanoscale. Knowledge gleaned from the investigation may have implications for drug delivery, particle filtration and future technological applications for space exploration. 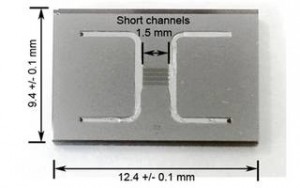 The CASIS Protein Crystal Growth 4 (CASIS PCG 4) investigation also has applications in medicine, specifically drug design and development. CASIS PCG 4 comprises two investigations that both leverage the microgravity environment in the growth of protein crystals and focus on structure-based drug design (SBDD). SBDD is an integral component in the drug discovery and development process. Primarily, SBDD relies on the three-dimensional, structural information provided by protein crystallography to inform the design of more potent, effective and selective drugs.

It has been established that growing protein crystals in microgravity can avoid some of the obstacles inherent to protein crystallization on Earth, such as sedimentation. One investigation will study the effect of microgravity on the co-crystallization of a membrane protein with a medically relevant compound in microgravity in order to determine its three-dimensional structure. This will enable scientists to chemically target and inhibit, with “designer” compounds, an important human biological pathway that has been shown to responsible for several types of cancer.

The second investigation, A Co-Crystallization in Microgravity Approach to Structure-based Drug Design, seeks to determine whether crystals formed in microgravity represent an improvement over crystals formed by ground-based methods. Scientists expect the crystals formed in microgravity to diffract to a higher resolution than those developed on Earth, and thereby, provide greater molecular detail. This will permit more confident evaluations of ligand-binding (when a signal-triggering molecule binds to a site on a target protein). The resulting structures could be used to advance the medical-chemistry effort through improved/enhanced SBDD.

BEAM Facts and Figures: Learn of the Module Launching on SpaceX Dragon

The Five W’s of an Expandable Habitat in Space

Who: In this case, it’s really a “what.” The Bigelow Expandable Activity Module (BEAM) is an expandable module developed by Bigelow Aerospace using a NASA patent conceptualized in the 1990s. It is made up of layers of fabric that will expand when installed and equalize with the pressure of the International Space Station.

What: Sensors inside BEAM will monitor temperature and radiation changes, as well as its resistance to potential orbital debris impacts. During its time on station, the airlock between BEAM and the rest of the space station will remained closed, and astronauts will enter only to collect data and help the experiment progress. If BEAM is punctured, the habitat is designed to slowly compress to keep the rest of the space station safe.

With the BEAM launch, deployment and time on station, Bigelow will demonstrate a number of expandable habitat capabilities, such as its folding and packing techniques, radiation protection capability and its thermal, structural and mechanical durability.

When: BEAM is set to launch on SpaceX’s eighth Dragon resupply mission April 8, and will be docked to the space station for a minimum two-year demonstration period.

Where: The International Space Station’s mechanical arm will transport BEAM from the spacecraft to a berthing port on the Tranquility module where it will then be expanded.

Why: These expandable modules take up less room on a rocket, but once set up, provide more volume for living and working in space.

When we’re traveling to Mars or beyond, astronauts need habitats that are both durable and easy to transport and to set up. That’s where expandable technology comes in. BEAM is one of the first steps to test expandable structures as a viable alternative to traditional space habitats.