It was in April 2016 that Facebook founder Mark Zuckerberg announced that the social media platform was providing its nearly two billion users the opportunity to livestream content. The move was viewed as a natural extension of the platform’s primary goal: providing a space for the average person to share their daily experiences, from the mundane to the meaningful.

Almost as quickly, users found ways to live-broadcast the worst of their nature, including the “Easter Day slaughter” in which the fatal shooting of a 74-year-old Cleveland grandfather was livestreamed.

In response, calls have increased for Facebook to either shutter the service or find a way to better regulate its content. Rev. Jesse Jackson, for example, remarked that Facebook Live is being used by people “as a platform to release their anger, their fears and their foolishness.”

Many have referred to these behaviors as Facebook’s “dark side” and demanded that the company find a solution to prevent such antisocial behavior.

However, a brief look through the history of social media shows us that dark behaviors are neither unique to Facebook nor something new to today’s users.

Poet and technology author Judy Malloy wrote about the earliest precursors to social media networks as places of creativity and community. For example, programs such as Berkeley’s Community Memory allowed 1970s users a digital space to post content and share stories for others in the community to read, with popular content including personal ads and short stories. 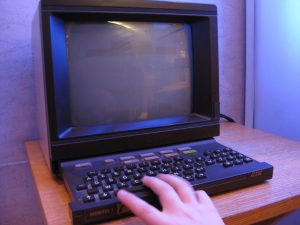 Yet even those halcyon days had their dark moments. In 1985, author Lindsy Van Gelder wrote about her experiences with the CompuServe CB Simulator, one of the world’s first online chat rooms. Among the popular channels in CB Simulator were those devoted to romance and relationships, which were of particular interest to LGBTQ individuals who found it difficult to discuss gender identity and sexual preferences in public. While many users found love online – a 1991 wedding hosted in CB Simulator is thought to be the first online wedding – in Van Geldr’s case, she was deceived into an intimate online romantic relationship by a man posing as a disabled woman.

Stories of sexual aggression turned perhaps darker in 1998, when technology journalist Julian Dibbell wrote about a sexual assault that took place in a text-based online world called LambdaMoo. The notion of a sexual assault online might seem odd given that users have no physical contact with one another. Yet, a LambdaMoo user named “Mr. Bungle” hacked the program in a way that allowed him to have complete control over other users’ behaviors, such as their conversations and descriptions of their movements.

He used this hack to cause users to engage in obscene and violent sexual acts with their own bodies, having the players describe where and how they were touching themselves and others, but without consent, according to Dibbell’s account. Mr. Bungle claimed that his actions were just a prank, despite his victims’ insistence that they had been humiliated by his actions (or at least the actions that he forced them to perform or describe while performing). The story is notable, given that online relationships can be just as intimate and important as offline ones.

Fast forward to early 2006, and the story of Evan Guttmann and his friend’s stolen Motorola Sidekick mobile phone captivated the internet. What started as a simple blog about a teenager who refused to return the phone to its rightful owners turned into a story of a growing internet mob – followers of Evans’s blog tracked down the teen’s home address and harassed the family.

Later in 2006, users of MySpace would hear the tragic story of Megan Meier, a Missouri teenager who took her own life after the boy she met online (a MySpace user named “Josh”) shunned her. It was only later, after investigations were done, that Megan’s family found out that the boy “Josh” was really the mother of a girl that Megan had recently gotten into a fight with. That incident led to the passage of the United States’ first cyberbullying laws.

These stories are examples of what can happen when a single user discovers ways to use a technology that weren’t intended by designers: using the anonymity of CompuServe to deceive, using clever programming scripts to alter other users’ behaviors, using blogs to draw attention to a minor offense, and using social media to create a false identity. In each case, deceptions and actions had dramatic real-life consequences for those involved. 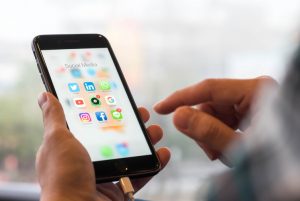 How can we understand today’s social media? Vasin Lee/Shutterstock.com

Most importantly, these stories serve as examples of how to understand Facebook specifically, and social media in general. It is important that users realize that the ethics of Facebook communication are no different than the ethics of any other form of human communication. Rather than dismissing social media as wasteful and distracting and passing this perspective on to our children, they need to recognize that the enterprise of human communication is as meaningful online as it is offline.

Commentators have blasted Facebook’s livestreaming option as “essentially barrierless broadcasting system,” but such critiques ignore the benefits of that “barrierless” broadcasting, such as connecting families separated by oceans and providing voice to persecuted groups. Even violent footage can, at times, be beneficial: The Facebook Live broadcast of a July 2016 police shooting in Minnesota served as a powerful reminder about social injustice and policing in the United States. Counterterrorism forces have come to rely on social media posts to track and better understand terrorist activities online.

To combat misuse of livestreaming, Facebook recently announced the hiring of an additional 3,000 monitors to screen live videos. However, in my view, ultimately, the responsibility for the content of social media falls to the digital citizens who create and interact in the space on a daily basis.