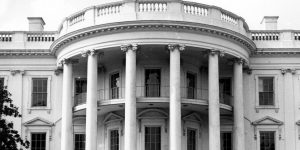 Just like cigarettes and air travel, the social sciences were much more glamorous in the 1960s than they are today. In the 1960s social science faculties were generously funded and scholars were well-represented among the upper echelons of policy makers. Nowhere was this more evident than in the United States where a new breed of ‘action-intellectual’ descended on Washington – writing in Time Magazine, Theodore White described how they ‘stalk[ed] the corridors of American power’, transforming the ivory tower into ‘a forward observation post on the urgent front of the future’.

Today we live in a different age, one marked by increased introspection and uncertainty about the prospects of the social science profession. Some have warned that the rise of think tanks and increasing complexity of the policy making professions has presented a severe challenge to the role of academic social science. Others have advocated ways in which their professions might overcome a widening gap between policy makers and academics. But both critics and optimists agree that the social sciences are at something of a crossroads, and the question of what role the social sciences should play in advising democratic societies across the world has never been more important.

In my doctoral research I have looked at the history of political science in the United States, exploring how the discipline evolved as a profession between 1870 and 1970.  From this research I believe that we can view the evolution of the social sciences in terms of four periods in which the debate about ‘social impact’ took distinct forms. Understanding these periods and how they evolved can help us to think more clearly about the nature, scope and purpose of the social sciences today — and where this debate might lead in the future.

The first period began with the emergence of social sciences in the late nineteenth century and continued on through the first half of the twentieth. In this first period social scientists were intellectual commentators, and gadflies to the world and its problems. Scholars occasionally played important roles in government — think of commissions under Hoover, Franklin Roosevelt’s Committee on Social Trends, and Eisenhower’s Goals for America — but the social science professions existed at arms-length from government itself. Indeed, when scholars became fixated on the application of their studies to ‘real life’ problems they would often find themselves ostracized from the heart of academic disciplines. Such was the fate of political science’s practical sub-field of public administration, which became separated from the scholarly mainstream in these years.

The second period began in the late 1950s and continued on through the next decade.  This short epoch was marked by a growing interest and involvement on the part of social scientists with questions of public policy.  The maturation of new research technologies such as survey research and computer analysis extended the scope of many social science disciplines, and democratic governments across the world began to reach out to the social sciences as never before. Economists determined the macroeconomic tools for employment; psychologists’ studies revealed the links between homelessness and mental health; even Lyndon Johnson’s famous War on Poverty originated in studies of juvenile delinquency carried out by New York sociologists. These were glory years for the social sciences in terms of direct involvement in government policy.

The third period began in the late 1960s.  No sooner had the social scientists begun to define their professional purpose in terms of direct involvement in public policy than the sparkle began to wear off.  Faced by the spectacle of Vietnam, student protests, urban riots, civil rights movements and a rising intellectual ‘counterculture’, the newly-powerful social sciences came under attack by many within their own ranks. This period was defined by a criticism of many academic disciplines for failing to contribute more to the problems of the day. A Caucus for a New Political Science and an ‘American Sociology Liberation Movement’ were founded to bring these disciplines into conversation with pressing problems of the day. The period also saw the emergence of New Left historians who sought to replace a preoccupation with elite political history with a new concern for the stories of the silenced and dispossessed. For four decades social scientists remained concerned with the question of how much influence their profession might exert on public policy.

As the memories of the 1960s rescind and a new generation reaches professional maturity, social scientists have begun to come to the realisation that their disciplines and professional associations may in fact be unwieldy institutions for influencing public policy.  With this realisation we are entering a fourth period in the history of the social sciences. In this new period concerns are raised about the ability of social science not merely to have a positive influence – but to have any influence at all.  Today the toughest critics are not those who accuse their colleagues of ignoring problems, rather they are from those who, pointing to the role of think tanks and government research institutes, are beginning to argue that their professional associations are unwieldy institutions, unsuited to influencing public policy.

How might the social sciences go forward from this stage? One thing is clear: the present challenge for social scientists is to rethink how their profession might be useful to society past the narrow formula of direct influence on policy. In this respect, the new era of social science might bear some resemblance with the very first period. We still know less than we should about how the social sciences influenced society in the decades leading up to the 1960s, but we do know that in these years social scientists took seriously the role of their disciplines as social critics, theorists and even public intellectuals.

Understanding this early period and this set of relationships could be a good place to begin if we are to think realistically about what role the social scientists might play in society in the future. This role will be difficult to measure and quantify, but it may also be rewarding.  It might draw our attention more to a role of social scientists as generators of humanistic insight and theories, rather than state-serving data, and it would encourage us to think more broadly than we have in recent decades about the ‘impact’ of the social science disciplines.