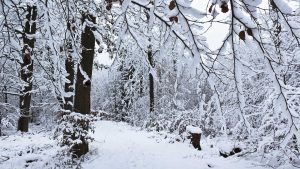 As we celebrate the season, lets take a look at winter holidays from cultures around the world, which are also celebrated in this country. 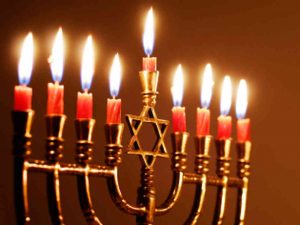 Oh, sure most people know that Jews celebrate this most ancient of winter holidays around the same time as Christmas, but many don’t really know why. Hanukkah (with or without the “C”) is not a “Jewish Christmas” as some might believe. First of all, the date is not arrived at in the same way as Christmas: it falls on the 25th day of Kislev in the Jewish calendar, which is lunar-based. While some reform Jews have adopted some of the secular trappings of the holiday, the meaning is quite different. Hanukkah is a celebration of an event in the history of the Jews, when one night’s supply of oil lasted a miraculous eight nights during  the re-dedication of the Temple in Jerusalem. Hanukkah is not the most important holiday in the Jewish calendar, its significance being far less than Rosh Hashanah, Yom Kippur, Sukkot, Passover, and Shavu’ot. Hanukkah is going on right now, and is the only time for eons that it has fallen at the same time as Thanksgiving. This gave rise to the term “Thanksgivvukah.” 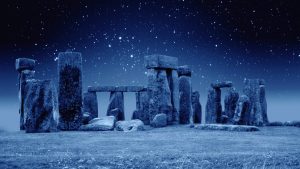 Not only is the Solstice the only secular observance during this period, it also is the oldest. This solstice, the Winter Solstice, occurs on the 21st of December and is commonly acknowledged as the beginning of winter. It is the longest night of the year. The reason for this is that the sun is at its greatest distance from the celestial equator, shining directly on the Tropic of Capricorn, which is 23.5 degrees south of the Equator. All of which is due to the tilt of the Earth on its axis. We should remember that this only applies to the Northern Hemisphere. Those who live in the Southern Hemisphere will be observing the longest day. So happy Summer Solstice to you folks there! 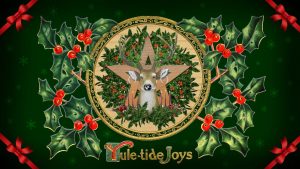 This is the religious observance of the Solstice, Yule is observed by most modern-day Pagans. This oldest of winter holidays is all about the sun, personified as the Pagan god. The longest night is when the Holly King, the ruler of the waning half of the year, gives his crown over to the Oak King who presides over the waxing half of the year. Yule is the day when the sun “returns” and the year begins to grow light again. One can imagine that, in ancient times, there would have been the fear that perhaps the sun might not return, so fires are a tradition on this night. Bonfires and Yule logs are still part of modern Yule celebrations. Many of these traditions were adopted by Christianity. 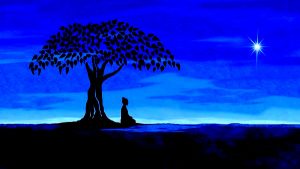 Better known as Bodhi Day, this Buddhist holiday falls on December 8th. Buddhists celebrate it as the day the Buddha attained enlightenment while sitting in meditation under the bodhi tree. Tibetan Buddhists celebrate this event in June, while Theravada Buddhists do so in May. This particular day is observed mostly by Japanese Zen Buddhists, who may spend the day in meditation, studying Buddhists texts or chanting. Others may perform kind acts towards others. Traditionally, a meal of cake and tea is taken. 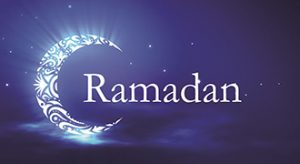 Some years, the month of Ramadan is one of the winter holidays, which means that Eid-al-Fitr, the Breaking of the Fast, will be a winter holiday. If this happens then Laylat al-Qadr will also fall in this month. On this day, the Muslims celebrate the first revelation of the Qu’ran to Mohammed. This year, those holidays fell in the summer. 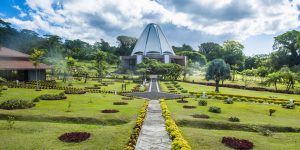 Masa’il and Sharaf. Those of the Baha’i faith celebrate the start of two different months of their year in our December. The Baha’i calendar consists of 19 months of 19 days. They even out the years by adding a leap year, much as we do, every four years. The months are named after the attributes of God. Baha’i communities hold a Nineteen Day Feast on the first day of each month in their calendar. 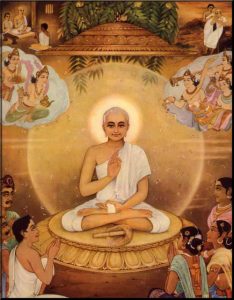 This is a quiet day in the Jain religion, a day of fasting, silence and meditation. This day honors the monks, teachers and religious leaders of Jainism. Jains fast on all of their holy days. They believe that the soul is eternal and has infinite power and knowledge and use fasting as one way to help them reach that power and knowledge. Jainism is an extremely gentle religion: Jains take great care not to harm any living creature. 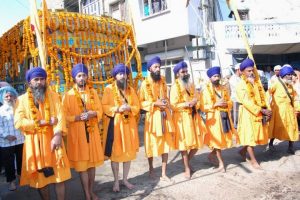 The Sikhs commemorate the anniversaries of important events in the lives of the Ten Gurus. Guru Nanak’s gurpurab is celebrated during pooran mashi, the full moon, in late November or early December. This festive occasion often lasts several days and nights. Guru Gobind Singh’s Birth and the shaheed, or martyrdom, of his four sons are observed during winter holidays in late December with rainsabaee kirtan, an all night worship service. 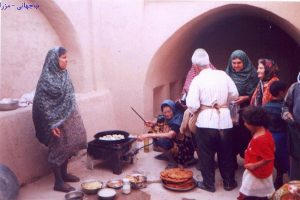 Zoroastrians celebrate Ghambar Maidyarem from December 31 through January 1 as the time of the creation of earth’s animals. The ghambars occur six times a year and each reflects one of the six “primordial creations” of Ahura Mazda, the Zoroastrian deity. The anniversary of Zoroaster’s death, known as Zartosht No-Diso, is observed on the 26th of December. And 100 days after the solstice, Sadeh occurs, a mid-winter festival of fire. 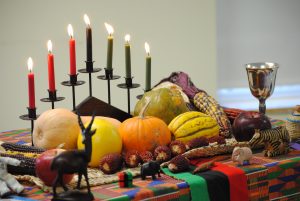 The newest of the winter holidays on the list, Kwanzaa was created by Dr. Maulana Karenga, professor and chairman of Black Studies at California State University, Long Beach in 1966. He was searching for a way to bring the African-American community together. His research hit upon the African “first fruit” celebrations and he decided to combine and build on those traditions. The name is derived from the name for the Swahili first fruit celebration, “matunda ya kwanza.” The holiday is marked by family traditions which may include storytelling, dancing, singing, drumming and traditional meals. The Kinara is central to the celebration and holds seven candles, one for each of the Nguzo Saba, the values or principles of the African culture. These are: umoja (unity), kujichagulia (self-determination), ujima (collective work and responsibility), ujamaa (cooperative economics), nia (a sense of purpose), kuumba (creativity) and imani (faith).  The festival culminates in the great feast of karamu on December 31. 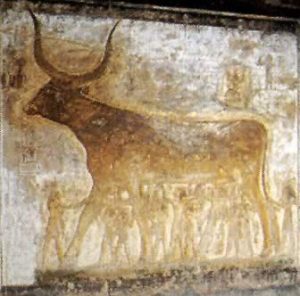 The Kemetic Orthodox — a reconstruction of Egyptian polytheism practiced by 10,000 people worldwide — celebrate the Divine Cow, who gave birth to the heavens. Family gatherings, food, and gifts mark this holiday, which occurs four days after the winter solstice (the typical duration of labor for a cow), and lights symbolize the stars.

When you say, “Happy Holidays!” you are saying, “we all celebrate something this time of year; may your holiday be as wonderful and joyous for you as mine is for me.” And I so wish it. Happy Holidays, everyone!