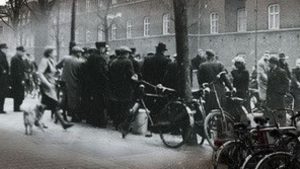 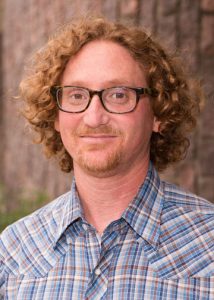 People are powerful. Some have forgotten how strong ordinary people, when united, can be. Others never learned this fact. All people must do is put their hands in their pockets at work. That is, strike.

When people from many different workplaces and industries stop work in common cause, it is a General Strike. They are exceedingly rare. On February 25, 1941, hundreds of thousands of workers in and around Amsterdam undertook a General Strike to protest the Nazi persecution of Dutch Jews.

They shut down Amsterdam, the nation’s capital and largest city. 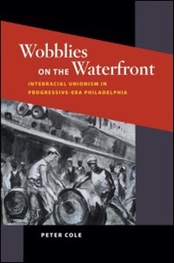 To this day, the February Strike, Februaristaking in Dutch, is celebrated in the Netherlands. It was the first and largest mass protest against the Nazis during World War II. That it was conducted by non-Jews to resist the brutal perseuction of (Dutch) Jews makes it all the more impressive. Today, when people ask how to resist oppression, remember the February Strike.

During World War II, peoples across Europe wondered what they could do to challenge the military might of Nazi Germany. Starting in 1938, Germany conquered Czechoslovakia, Poland, Norway, Denmark, the Netherlands, Belgium, and France in quick secession. By 1941, only the United Kingdom remained committed to the struggle and its future looked bleak.

In the Netherlands, a small country with no natural defenses, many also wondered. According to the Dutch Foundation for Literature: “No event shocked twentieth-century Dutch society so deeply as the German invasion on 10 May 1940. It put a sudden end to a long history of intransigent neutrality. The First World War had passed the Netherlands by, but the Second World War the country was entangled in.” During WWII the Dutch suffered under De Bezetting (“The Occupation”) and none suffered more than Dutch Jews.

In 1940, after quickly dispensing with the tiny Dutch army, Germany occupied the Netherlands and soon implemented what it attempted across Europe, the “Final Solution.” German soldiers, supported by anti-Semitic, fascist local collaborators, rounded up of Dutch Jews to exterminate them.

Just one month into their occupation, the Nazis started turning the screws on Dutch Jews. They could not ride the trams. They could not swim in public pools or visit public buildings. They could not patronize cafes and shops, forced to display signs declaring “joden niet gewenscht” (“Jews not wanted”). They were fired from all government positions including universities, this latter action sparking the first Dutch protests, by students at Leiden and other universities.

The German occupation bitterly divided Dutch society. Some Dutch joined the National Socialist Movement in the Netherlands (NSB) that actively collaborated with the Nazi invaders. The Weerbaarheidsafdeling (WA), the NSB’s paramilitary wing, targeted and harassed Jews, much like the German Sturmabteilung (SA) or “brown shirts.” The WA intimidated shopkeepers to ban Jews from their establishments and increasingly harassed the city’s 75,000 Jews.

In response, Dutch opponents of the occupation created knokploegen, informal militias. Alongside many younger Jews, they repeatedly clashed with the WA in Amsterdam’s streets. On February 11, 1941, about fifty WA members marched through Amsterdam to Waterloopein, a neighborhood where many Jews lived. Once more, street battles erupted, Jewish and non-Jewish knokploegen battling the WA and German soldiers.

The Germans responded by establishing Amsterdam’s first Jewish ghetto. The German military and Dutch police surrounded Waterloopein with barbed wire and police; they raised bridges crossing the city’s legendary canals to make an urban prison. All non-Jews were forced out of the neighborhood, not even allowed to visit, while all Jews from elsewhere in the city were forcibly moved into it.

The Germans continued rounding up Jews. Not surprisingly, many sought to evade the dragnet, the most famous being Anne Frank and her family. They hid from the Germans for three years until being discovered and sent to a concentration camp, dying in Bergen-Belsen.

With tensions rising and battles in the street ongoing, Germans raided the Jewish quarter and arrested 425 Jewish men in what is widely called a pogrom. This group was deported to the Buchenwald and Mauthausen concentration camps. Only two survived the Holocaust.

To resist this growing German repression, and despite being banned, the Communist Party of the Netherlands (CPN) held an open meeting at the Noordermarkt. There, they discussed how to stop the persecution of Dutch Jews and the institution of forced labor. The 250 people present decided that the following day they would stop work.

Sure enough, early the next morning, February 25th, workers distributed flyers throughout the city, particularly to factory gates. Worker-activists urged everyone to strike, “to show solidarity with the Jewish part of our society which has been hit so hard.”

When morning came, workers—some of whom had already been organizing in their plants—heeded the call to staakt! First, tramworkers struck, interrupting others’ morning commutes. Quickly, other city workers joined the strike. Word spread.

Dockers and shipyard workers abandoned their workplaces in Amsterdam Noord. They streamed southward across the River IJ into the city proper to convince more to join. Among those were workers at the upmarket department store, De Bijenkorf, which the Nazis labeled a “Jewish enterprise” because of its founders’ religion. Students streamed out of classrooms as did teachers. Workers in many businesses joined the walkout.

Ordinary Dutch people, men, women, and children declared their opposition to the Nazi persecution of their fellow Jewish citizens. They demonstrated solidarity.

Fully 300,000 workers in and around Amsterdam, and as far as the city of Utrecht, struck that day and the next. While 300,000 is a huge number, it is all the more impressive considering the country’s entire population, in 1940, was under nine million.

Although caught off guard—indeed stunned—the Germans quickly responded. They did so with brute force, killing and wounding about thirty-five Dutch people. The mayor was forced to resign and many city workers were fired. Numerous Communists were arrested, some deported to Buchenwald, and a handful executed. The strike was put down within a few days.

Yet, the February Strike was the first and largest—perhaps the most impressive—European direct action undertaken throughout the long, bloody war against fascism. True, some other, mass protests occurred as did armed resistance (underground) in the Netherlands and across other countries occupied by the Nazis. 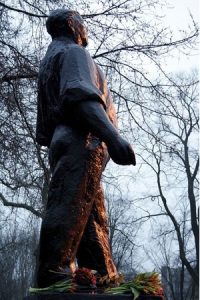 To honor its ten-year anniversary, the City of Amsterdam commissioned Dutch artist Mari Andriessen—himself involved in the resistance—to sculpt a statue. Named De Dokwerker (The Dockworker), Andriessen intentionally selected an ordinary middle-aged man—a friend, a carpenter, and possibly also in the resistance—to pose though he initially balked; like many others, he considered the February Strike a sacred event.

De Dokwerker honors working class power as much as it does anti-fascist resistance. The sculpture was placed on the Jonas Daniël Meijerplein (Jonas Daniël Meyer Square), in Amsterdam’s old Jewish quarter. This square also was where the Germans arrested the 425 Jewish men that sparked the strike.

(Andriessen later created other sculptures to honor Holocaust victims including one of his most famous subject, Anne Frank. That sculpture stands near the house where she and her family hid during the war.)

During the Cold War, despite their leading role, Communists did not participate in the annual commemoration of the February Strike. However, in recent times, the Left has actively participated in the event, as always at the Dockworker Statue. Due to its symbolic power, many protests against racism begin or end at the statue.

This year, as in every other, there will be at De Dokwerker statue at 16:45 on February 25th followed by a parade. The director of the Amsterdam Resistance Museum will speak and there will be music and poetry.

Amsterdammers can be proud of the February Strike against Nazi occupation and anti-Semitism. Far too often, people who witness injustice sit idly by, either too afraid or too uncertain. Not so the Dutch workers who downed tools on this day in 1941.