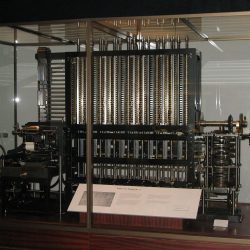 Many machinists even created their own variations of the difference engine after Babbage’s death. Introduction The 2008 film Babbage features a dinner-party between many of the important figures in the life of the inventor Charles Babbage: his collaborator Ada Lovelace, his father Benjamin, his mother Betsy, his friend John Herschel, and his wife Georgiana. Babbage’s designs for[…]