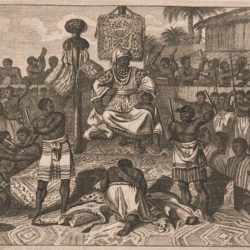 The kingdom of Kongo, with a population of well over 2 million people at its peak, prospered due to trade. By Mark CartwrightHistorian Introduction The Kingdom of Kongo (14-19th century CE) was located on the western coast of central Africa in modern-day DR of Congo and Angola. Prospering on the regional trade of copper, ivory,[…]