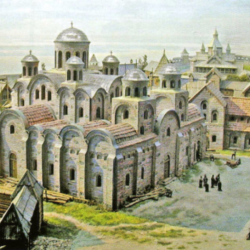 The official conversion of Kyivan Rus’ took place in 988, and imparted an exceptionally high status to the Grand Prince. By Olga Kerziouk This year marks the 1022nd anniversary of the completion and consecration of the first stone-built church in the state of Ukraine-Rus’, the Church of the Dormition (better known as the Church of[…] 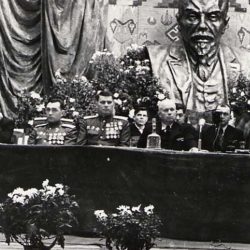 Kyiv was abandoned by the Nazis in November 1943, allowing the Soviet authorities to return to the city, and the Jewish people continued to be silenced. By the mid-1940s, scholars agree, the Soviet Union’s fundamental problem at home was a paradoxical need to stabilize a regime noticeably strengthened by the Second World War.[1]  One way the[…]