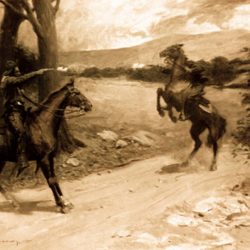 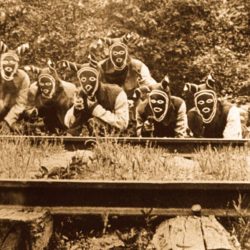 The Bald Knobbers, who mostly sided with the Union in the Civil War, were opposed by the Anti-Bald Knobbers, mostly Confederates. Introduction and Background The Bald Knobbers were a group of vigilantes in the Ozark region of southwest Missouri from 1883 to 1889. They are commonly depicted wearing black horned hoods with white outlines of[…] 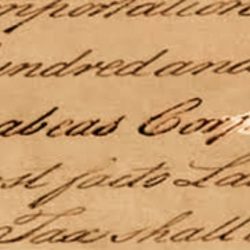 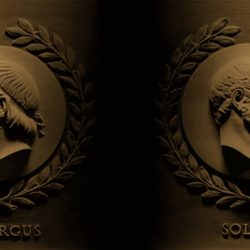 Two alternative conceptions of government – a republic and an oligarchy. By Friedrich Schiller18th-Century Philosopher and Historian Schiller delivered his essay on Lycurgus and Solon in the context of his lectures on Universal History, at Jena University, in August 1789. The essay puts forth two alternative conceptions of government—a republican and an oligarchic form—which have[…] 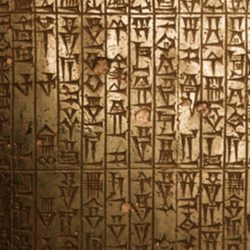 Although a social hierarchy placed some in privileged positions, the code proscribed punishments applicable to all classes. Introduction The Code of Hammurabi (also known as the Codex Hammurabi and Hammurabi’s Code), created ca. 1780 B.C.E., is one of the earliest sets of laws found and one of the best preserved examples of this type of[…] 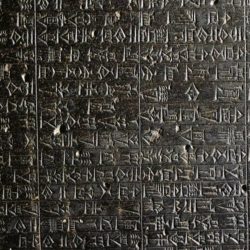 Rulers used law codes either to justify their rule or to demonstrate examples of justice and due process during a successful reign. While most people know of Hammurabi as the author of his famous “law code,” few know that the tradition of the ruler as the guardian and administrator of justice began much earlier in[…] 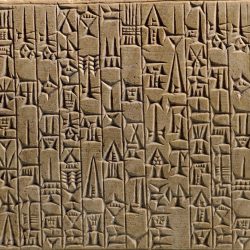 Codes of law existed in almost every ancient civilization. Introduction The legal code was a common feature of the legal systems of the ancient Middle East. The Sumerian Code of Ur-Nammu (c. 2100–2050 BC), then the Babylonian Code of Hammurabi (c. 1760 BC), are amongst the earliest originating in the Fertile Crescent. In the Roman[…] 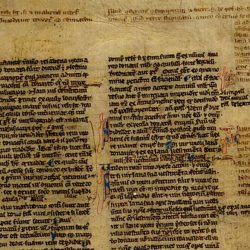 Roman law came to have an immense effect on law as actually practiced in the medieval world. Introduction Medieval Roman law is the continuation and development of ancient Roman law that developed in the European Late Middle Ages. Based on the ancient text of Roman law, the Corpus iuris civilis, it added many new concepts,[…] 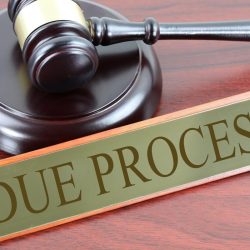 The doctrine of “state action” is integral to American Constitutional law. Originally published by CALI eLangdell Press under the terms of a Creative Commons Attribution-NonCommercial-ShareAlike 4.0 International license. 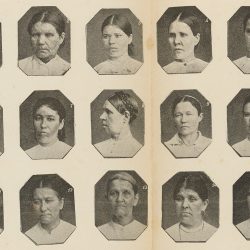 In some cases, the explicit goal of these technologies is to deny opportunities to those deemed unfit. ‘Phrenology’ has an old-fashioned ring to it. It sounds like it belongs in a history book, filed somewhere between bloodletting and velocipedes. We’d like to think that judging people’s worth based on the size and shape of their[…] 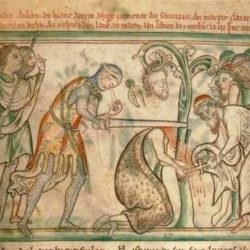 The dying and dead body was an important locus in both religious and secular discourses of power. Introduction Taking a long-term view of the history of crime and punishment problematises any straightforwardly progressive narrative of the history of punishment as one of increasingly humane attitudes. Punishment in the Middle Ages was about retribution, but also[…] 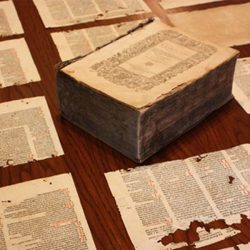 An overview of the major world systems, and where and how they have been and are implemented. Introduction Religious Legal Systems Religious law emanates from the sacred texts of religious traditions and in most cases purports to cover all aspects of life as a seamless part of devotional obligations to a transcendent, imminent, or deep[…] 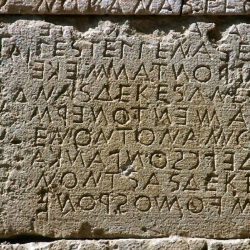 The most celebrated system of jurisprudence known to the world begins, as it ends, with a Code. Ancient Codes From the commencement to the close of its history, the expositors of Roman Law consistently employed language which implied that the body of their system rested on the Twelve Decemviral Tables, and therefore on a basis[…] 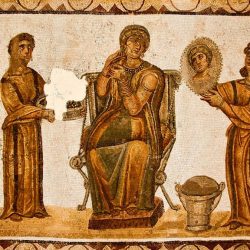 The Romans resolved civil disputes by recourse to litigation based on law. Abstract This is a broad discussion of the key feature of Roman civil procedure, including sources, lawmaking, and rules. It covers the three principal models for procedure; special proceedings; appeals; magistrates; judges; and representation. It takes ac-count of new evidence on procedure discovered[…] 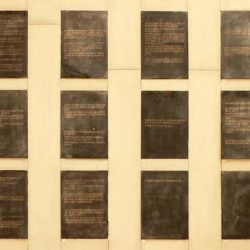 The grandeur that was Rome was actually the grandeur of Roman Law. I In ancient Greece or, to be more exact, in ancient Athens the general socio-political situation was distinctly inimical to the development of a true legal profession.[1] The sovereign and democratic people of Athens, at least during the second half of the fifth[…] 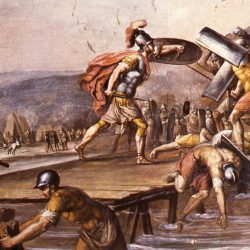 Sentenced to death but acquitted in a public trial based upon his father’s appeal. The Story According to Livy, Rome and another Latin city, Alba Longa, came into conflict in what would amount to a battle for hegemony over the Latin-speaking part of Italy. So as not to exhaust either army, which would have left[…] 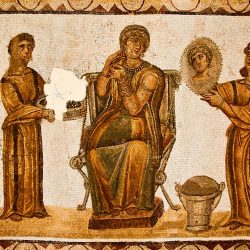 Romans were meticulous about their legal codes and left many for us to study today. Introduction The history of Roman Law can be divided into three systems of procedure: that of legis actiones, the formulary system, and cognitio extra ordinem. The periods in which these systems were in use overlapped one another and did not[…] 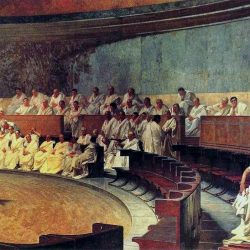 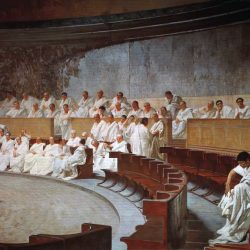 The first legal text is the Law of the Twelve Tables, dating from the mid-5th century BCE. Introduction Roman law is the legal system of ancient Rome, including the legal developments spanning over a thousand years of jurisprudence, from the Twelve Tables (c. 449 BC), to the Corpus Juris Civilis (AD 529) ordered by Eastern[…] 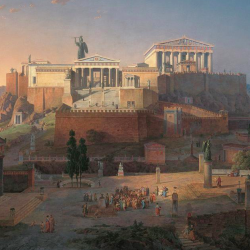 One of the earliest dateable events in Athenian history is the creation of the Draconian law code, c.620 BCE. Introduction Ancient Greek law consists of the laws and legal institutions of Ancient Greece. The existence of certain general principles of law is implied by the custom of settling a difference between two Greek states, or[…] 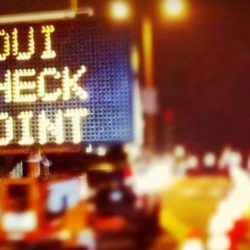 Anyone getting a driving under the influence (DUI) traffic ticket is in big trouble. Texas deals with this offense with a strong hand. Law officials impose strong punishments to violators younger than 21 years of age. These punishments can stay on the perpetrator’s record for years and negatively impact his or her future. Texas Laws[…] 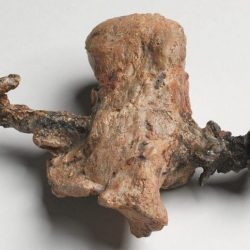 The goal of Roman crucifixion was not just death, but also dishonor. Introduction Crucifixion was an ancient method of execution practiced in the Roman Empire and neighboring Mediterranean cultures, such as the Persian Empire, where a person was nailed to a large wooden cross or stake and left to hang until dead. Contrary to popular[…] 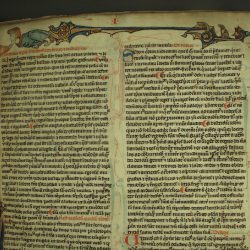 Prior to the Norman Conquest of England in 1066, there was no unitary, national legal system. Before 1066 the English legal system involved a mass of oral customary rules, which varied according to region. The law of the Jutes in the south of England, for example, was different from that of the Mercians in the[…] 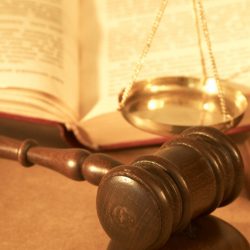 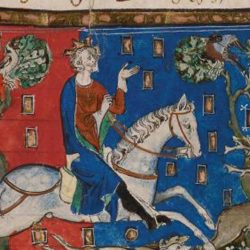 Exploring the evolution of our rights and freedoms and the relevance of the Great Charter today. Introduction Magna Carta is a cornerstone of the individual liberties that we enjoy, and it presents an ongoing challenge to arbitrary rule. But over time, while not envisaged at the time of its drafting, Magna Carta has for many[…] 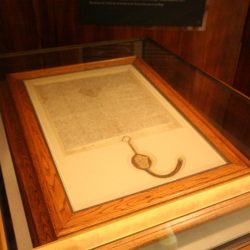 Magna Carta’s place in modern legal and popular culture and the importance of its 800-year-old symbolism. Introduction Magna Carta is a world-class brand. It stands for human rights and democracy. It stands for trial by jury. It stands for free speech, the rule of law and personal liberty. Except it doesn’t mention any of these[…] 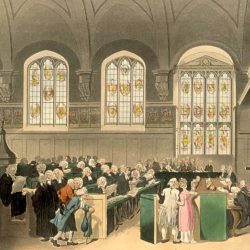 Looking at crime in Elizabethan England and the brutal punishments offenders received. Thieves and Pickpockets The crowded nave of St Paul’s Cathedral was a favourite with pickpockets and thieves, where innocent sightseers mixed with prostitutes, and servants looking for work rubbed shoulders with prosperous merchants. A visitor up from the country might be accosted by[…] 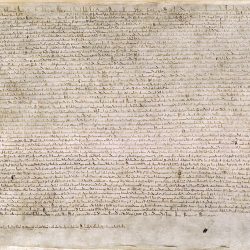 During the American Revolution, Magna Carta served to inspire and justify action in liberty’s defense. “The democratic aspiration is no mere recent phase in human history . . . It was written in Magna Carta.” Franklin Delano Roosevelt, 1941 Inaugural address Introduction On June 15, 1215, in a field at Runnymede, King John affixed his[…] 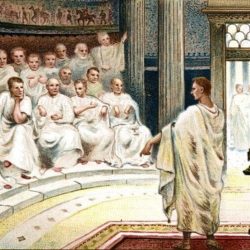 This refers to any one of several ancient Roman laws (leges maiestatis) dealing with crimes against the Roman people, state, or emperor. Description The very name perduellio, the name of the crime in the older Roman law, is evidence of this. Perduelles were, strictly, public enemies who bore arms against the state; and traitors were[…] 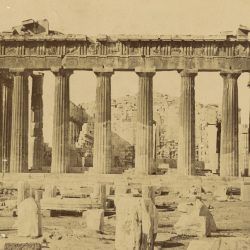 There is no systematic collection of Greek laws, thus the knowledge the earliest notions of the subject is derived from the Homeric poems. Introduction The existence of certain general principles of law is implied by the custom of settling a difference between two Greek states, or between members of a single state, by resorting to[…]