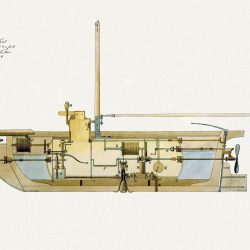 Submarines played a major role in Word War I. But the first submersible was actually used, though unsuccessfully, in the Revolutionary War. By Matthew Wills On July 1, 2019, a fire on a Russian nuclear-powered submarine in the Barents Sea killed fourteen of the crew. According to Russian sources, they died preventing a “catastrophe of[…]