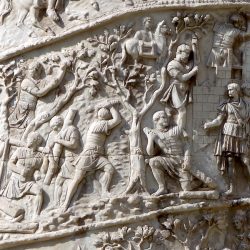 Trajan’s legacy proved to be one of the most enduring in the history of the Roman Empire. Introduction Marcus Ulpius Nerva Traianus, commonly known as Trajan (September 18, 53 – August 9, 117) was Roman Emperor who reigned from 98, until his death in 117. He was the second of the Five Good Emperors of[…]