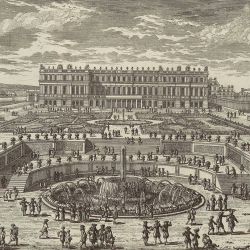 Examining the formal and contextual heterogeneity, as well as the interpretive instability, of objects representing the 1686 Siamese embassy to Versailles. Between 1680 and 1688 six embassies were dispatched between King Narai (1633-1688) of Siam and King Louis XIV (1638-1715) of France. These extraordinary diplomatic events, which were the first official exchanges between the two[…] 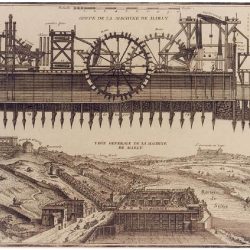 Since the foundation of Versailles by King Louis XIV, the city often lacked water. In 1859 Versailles and its more than twenty neighboring communities were presented with the new Marly Machine—a hydraulic pump that formed the cornerstone of Versailles’ drinking water supply. This event reinforced the dependence of Versailles on the Seine River and the[…]