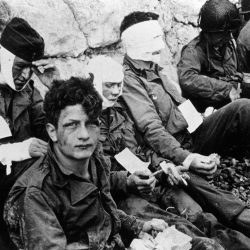 World War II brought about a new deal for veterans. Introduction In the early morning hours of June 6, 1944, the men of the 82nd and 101st Airborne divisions dropped from the sky along the coast of Normandy. The dangerous night jump behind enemy lines represented the first phase of Operation OVERLORD, General Dwight D.[…]