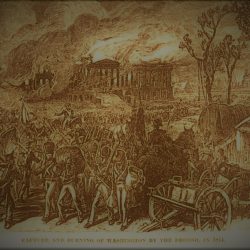 President James Madison, military officials, and his government evacuated and were able to find refuge for the night. Introduction The Burning of Washington was a British invasion of Washington City (now Washington, D.C.), the capital of the United States, during the Chesapeake Campaign of the War of 1812. To this date, it remains the only[…] 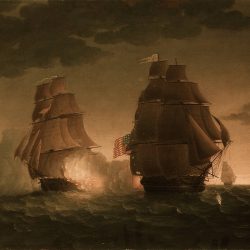 Relations, commerce, and territorial expansion were at the root of the conflict. Introduction As an important neutral trading nation, the United States became ensnarled in the broader European conflict that pitted Napoleonic France against Great Britain and her continental allies. France Bans Neutral Trade with Britain In 1806 France prohibited all neutral trade with Great[…] 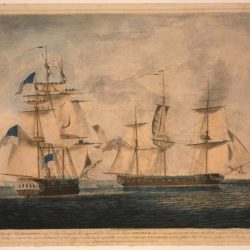 From the outbreak of war with Napoleonic France, Britain had enforced a naval blockade to choke off neutral trade to France. Battle of Lundy’s Lane Canada, 18 June 1812 – 17 February 1815: This campaign includes all operations in the Canadian-American border region except the battle of Chippewa and Lundy’s Lane. The invasion and conquest[…] 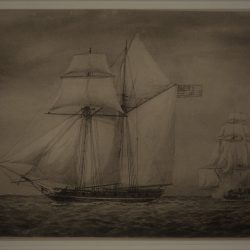 Captured officers and seamen of the Governor Gerry had the choice of enlisting in the Royal Navy or being sent to a British prison. By Robert Barboza This 200-year old patriotic story begins with a single reference spotted in an online history database, listing all the captured American ships reported to the Royal Navy headquarters[…]